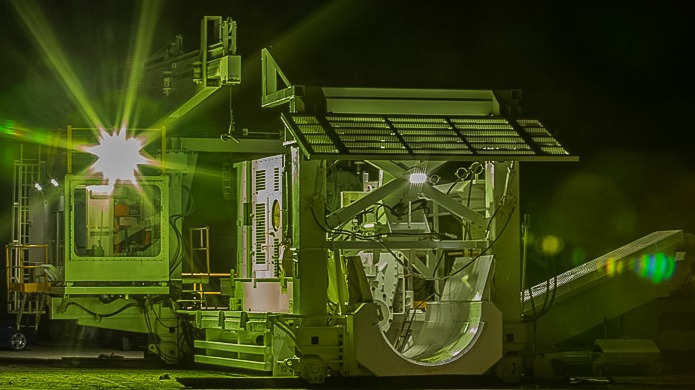 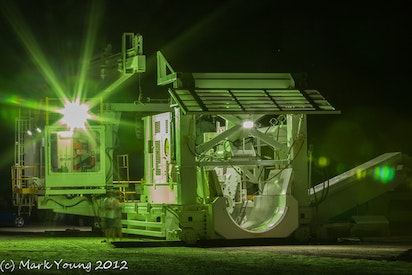 I used to run an electrical company that specialised in mining services.

My brother-in-law is an electrician who developed a special light for the mining industry. He took the bulb from a Phillips lamp, the casing from another brand I can't remember, combined them and added some components. These lights sold for around $1,200 each and we used to sell a lot of them!

The really bright light you see in the first picture is his light. 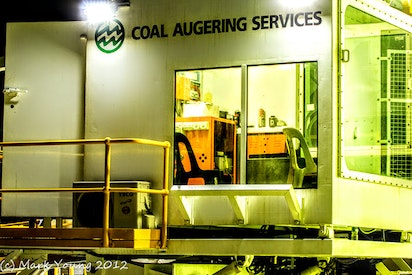 This company, Coal Augering Services recovered this Auger from a mine site in Papua New Guinea where the machine had been flooded and rebuilt it in Australia.

They fitted the light and wanted some Photos for their advertising so these are a few of the shots I took. 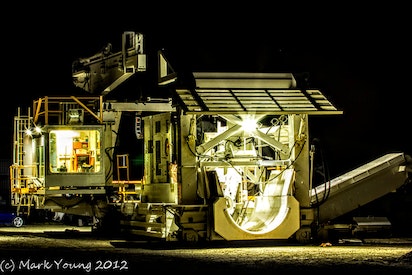 Basically they bring the Auger into an open cut mine towards the end of the pit's life. The Auger has a massive drill bit fitted (You can see the semi-circular gap in the front where the drill bit is fitted) and they drill the base of the coal face until the wall collapses and then they mine the rubble. 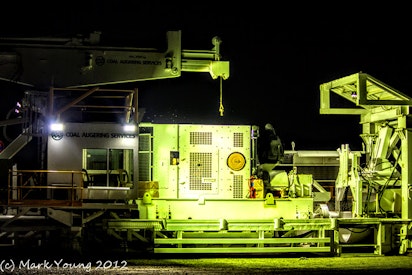 Imagine being an Auger driver - waiting for a wall of dirt and rock to collapse on your head? No thanks.

I know coal mining is a controversial topic these days, but most people are unaware of the death and devastation caused by the mining of rare earth's caused in the manufacture of alternative "green" technologies, but I will save that for a later post, you might just be surprised!

Travel Photography through MY eyes

I have been a photographer since 1992, starting with film and migrating to digital in 2012. You can purchase a few photos or Donate a few dollars here: Https://bit.ly/396EBO 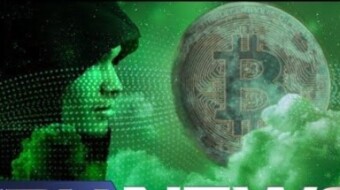 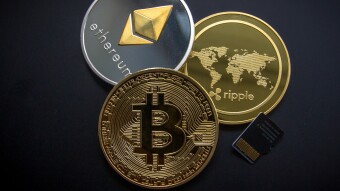