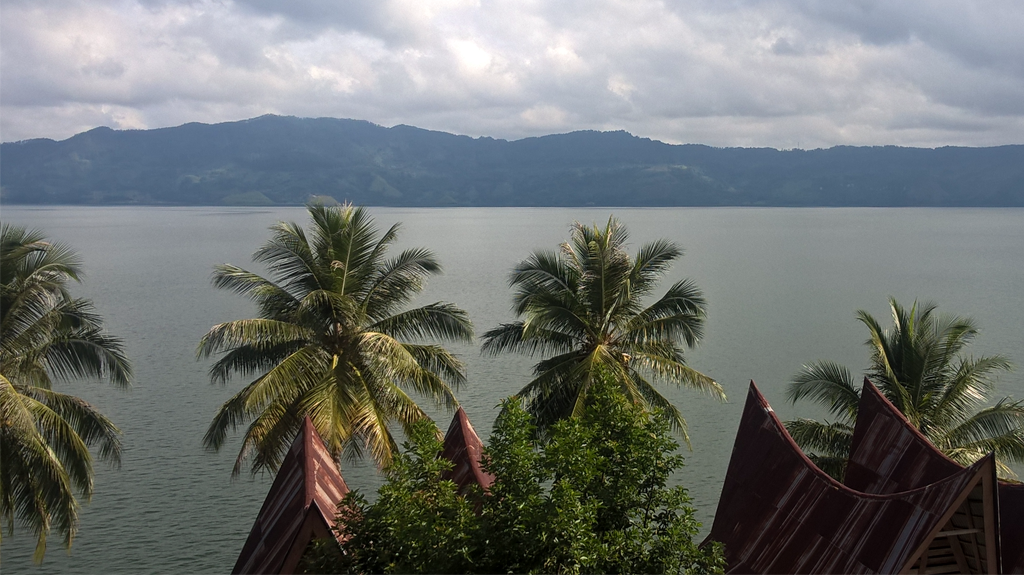 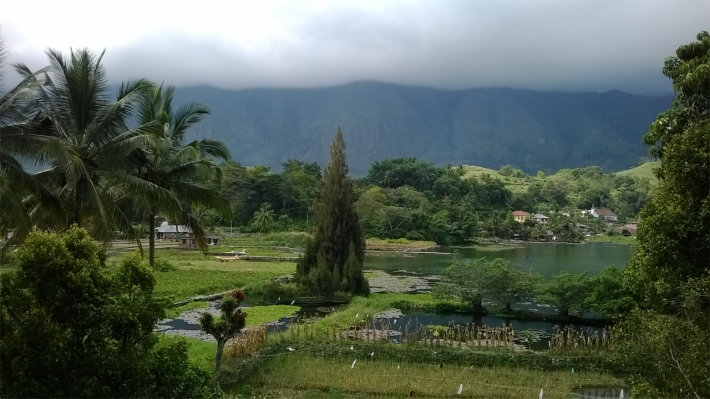 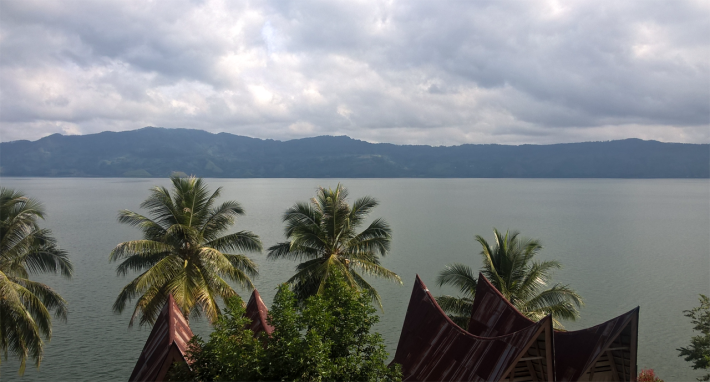 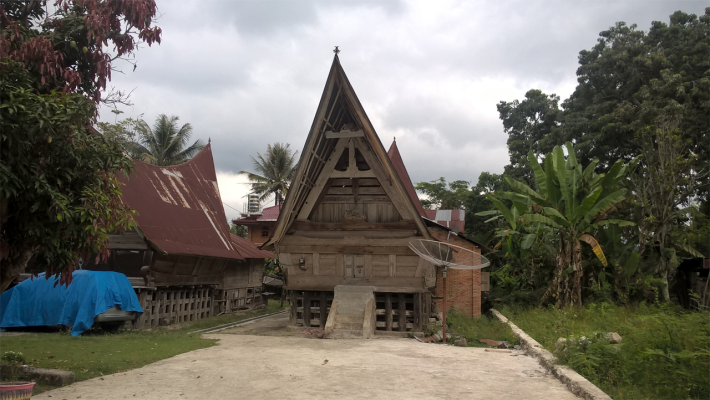 Samosir, or Samosir Island, is a large volcanic island in Lake Toba, located in the north of the island of Sumatra in Indonesia. The lake and island were formed after the eruption of a supervolcano some 75,000 years ago. The island was originally a peninsula connected to the surrounding caldera wall by a small isthmus, which was cut through by the Tano Ponggol Canal in 1907 to aid navigation.
At 630 square kilometres, Samosir is the largest island within an island, and the fifth largest lake island in the world.

Samosir is a popular tourist destination due to its exotic history and the vistas it offers. The tourist resorts are concentrated in the Tuktuk area. The island is the centre of the Batak culture and many of the Toba Batak traditional houses (rumah adat) remain on the island. Most of the tourist accommodations are concentrated in the small town of Tuktuk, which is located a one-hour ferry ride across the lake from the town of Parapat. Until 1905, it was inhabited by cannibals.