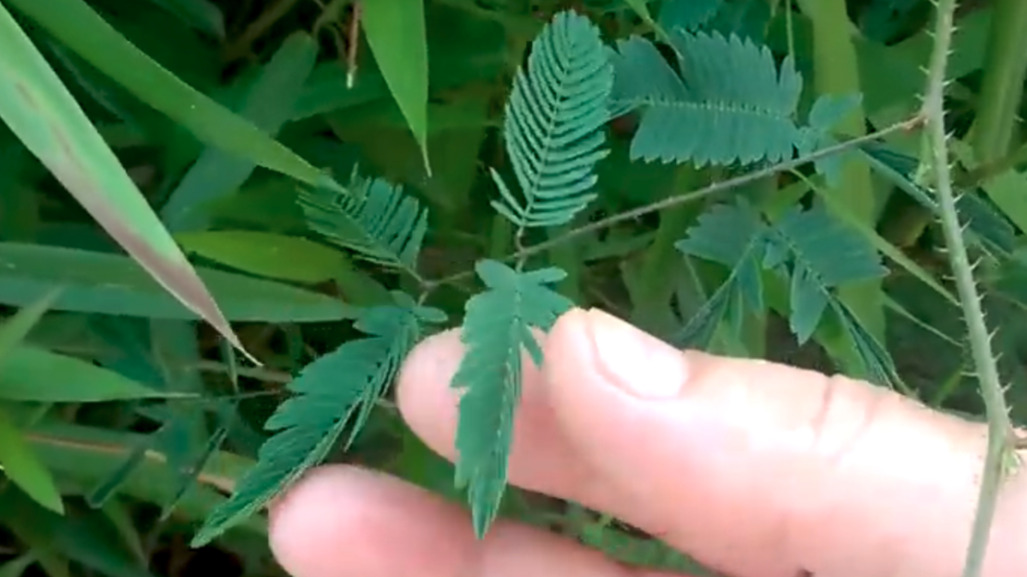 My trip around Malaysia - Mimosa pudica

Mimosa pudica (from Latin: pudica "shy, shy or shrinking", also called sensitive plant, sleeping plant, acting plant, dormilon, touch-me-not, shameplant, zombie plant or shy plant) crying annual or perennial plant often bred because of their curiosity: folded leaves fold inwards and fall down after touching or shaking, defending themselves against harm and reopening a few minutes later, hence the Sinhala name "Nidikumba" which translates shortly into English as "Sleepy". This reflex may develop as a defense mechanism to discourage predators, or alternatively to insulate the plant to reduce water loss due to evaporation. This species comes from South America and Central America, but it can also be found in Asia in such countries as: Bangladesh, Thailand, India, Nepal, Indonesia, Malaysia, Philippines, Vietnam, Cambodia, Laos, Japan, Taiwan, Sri Lanka, Guam and throughout the southern part of the United States.