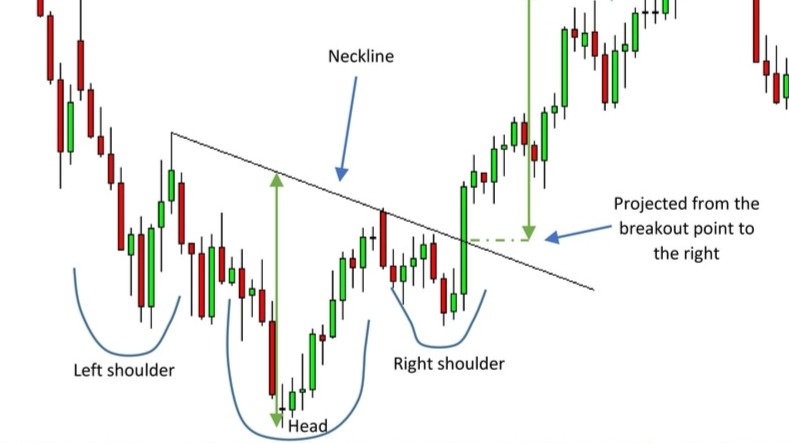 An Inverted Shoulder Head Shoulder, is a market minimum, made up of three price peaks.

In which one is the head and the other two are the shoulders, it is formed like this:

The price goes down within the downward trend that it brought, until it reaches a minimum.

Then the price rises slightly, forming the left shoulder.

The price drops again, reaching a new low, lower than the previous one.

It now rises to a maximum similar to the previous one, to that of the left shoulder.
Here the head is formed.

Then the price drops again, down to about the left shoulder.

Move the price up to the maximum of the left shoulder and head, drawing the right shoulder.

It is likely that from here, the price will continue to rise.
This pattern is confirmed when in the formation of the last shoulder, the price rises above the maximums that the shoulders and the head had marked, forming the neck line.

Considerations to take into account in each part of the figure:

Previous downtrend.
It is a trend reversal figure, therefore it has to occur at the end of a downtrend.

Left shoulder.
The left shoulder must be accompanied with a high volume, it may be higher than in previous descents.

On the rise to the first maximum, it should be produced with less volume, which would confirm a healthy downtrend.
So far everything normal.

Head.
The head hits a new price low falling below the left shoulder and does so at a lower volume, showing that there is less and less force in the downtrend.

When the movement goes up to the neck line it does it with a lower volume than on the descent.

Right shoulder.
In this latest downward move, the volume is even lower than in previous bearish moves.
But on the rise towards the neck line, the volume increases and more when it breaks that line, which confirms the change in trend. 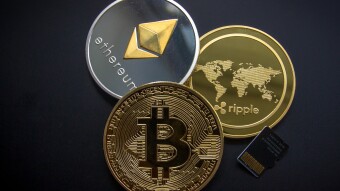