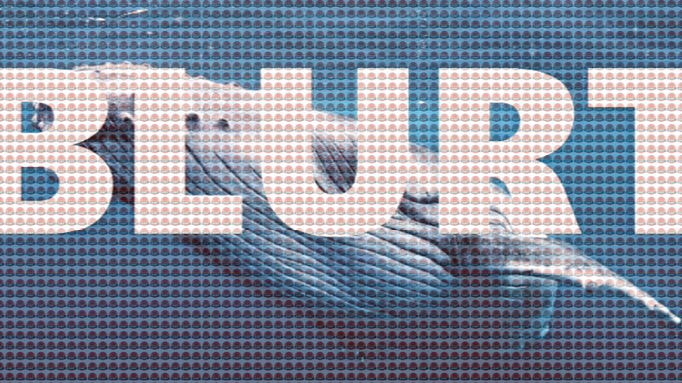 When Blurt went live about a month ago I thought it would be another Steemit HF(Hard Fork) social media platform just like Hive, and Blurt is kind of like that. I didn't have high hopes to be honest.

Initially I was thinking I would just take out all my forked money and ditch the platform right away so I started powering down immediately.

What is Blurt is here 👇 by @alexandru-balan 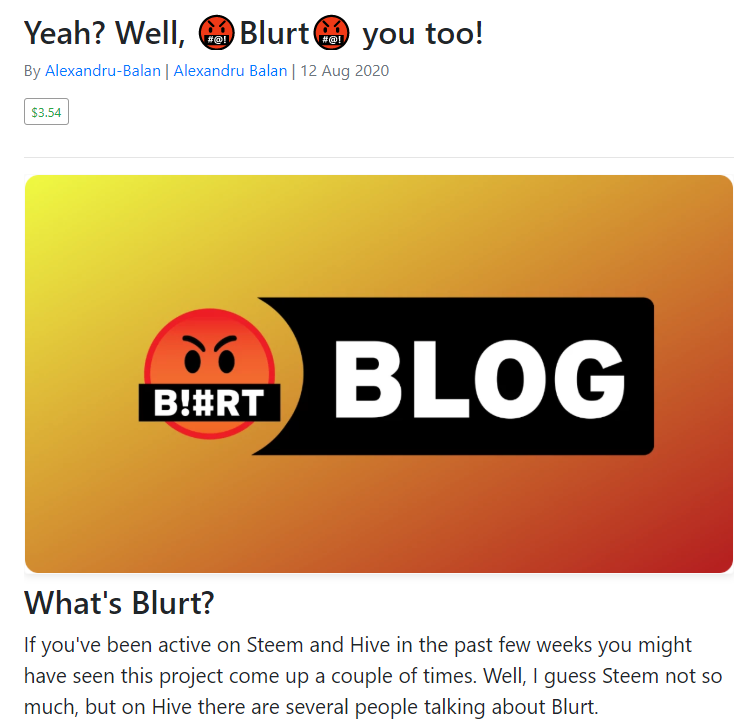 But I started warming up to it. Blurt has it's own "flavors" and I really like their No Downvote system. Blurt has it own whale culture but it is not hostile like Steemit or Hive. (or I should say they can be pretty hostile sometimes) If whales don't like what you said on those platforms, you will get destroyed and your rewards will be taken away. You will be left alone with nothing. 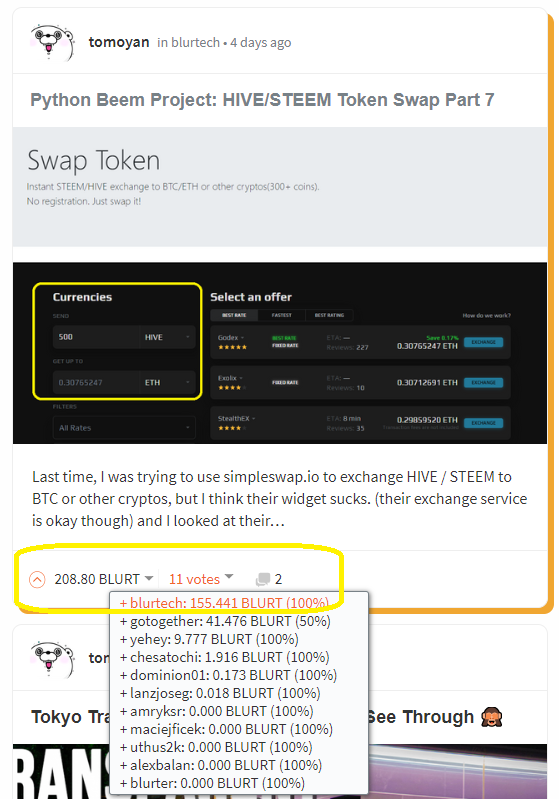 How to get big upvotes from Blurt whales?

Secret is in the tag. (it's not actually secret)

If you are already posting about blockchain or crypto here, you can post the same thing on Blurt. You will have a pretty good chance to get a huge upvote. You won't get penalized for double dipping since they don't have downvote anyway.

I think there are a couple more tags for photography and sports.

They keep adding these tags for you to use and get upvoted so make sure to follow Blurt tweet and discord for future announcement.

If you had Steemit account before HF, you you can use the same credential and STEEM is converted to BLURT.

But other than that I kind of like it. I don't feel like I am walking on thin ice and living in fear or anything like that.

Blurt still has a long way to go though, and they need to make more improvements but I think BLURT has a big potential and bright future ahead.

My Blurt is here: https://blurt.world/@tomoyan

You can follow me and I will follow you too. If you are new to Blurt and don't have much BLURT, let me know I have some BLURT so I can send you a welcome package 😉

Get Rewarded For Browsing! Are you Brave?