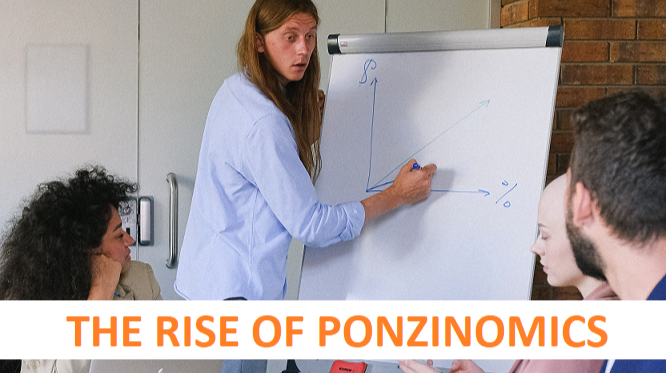 One of the last trends in the DeFi crypto space is projects that in some way shape or form involve Ponzinomics. And if you are unfamiliar with the word, these two synonyms to it might be more familiar; Ponzi Scheme and Pyramid Scheme.

I would argue that Ponzinomics is nothing more than the latest incarnation of the Ponzi- or the Pyramid Scheme. If you are unfamiliar with them they are in fact different, despite most people using them as words for the same thing. The Ponzi is one person promising exuberant APY that is just crazy to expect. A recent example of this is Anchor Protocol. They promised a fixed APY, Annual Percentage Yield or return of investment, of close to 20%. And just so you know how crazy high those numbers are. Bernie Madoff the man who famously ran the world's largest Ponzi Scheme, reportedly worth about 64,8 billion dollars, promised an APY of 10-20%. So Anchor Protocols 20% is even putting old Bernie Madoff to shame.

The way that they are able to sustain this high APY is by a constant influx of new money. In Bernie's case he would give the money he got from new investors to the old ones.

But how does the Pyramid Scheme differ from a Ponzi Scheme? The key is in the name, Pyramid. One person recruits two or more people, they in turn also recruit two or more people each, and so on. Everyone is then selling something, usually. And the people above you get a % of your earnings. And the person above them gets a % of that person's earnings. And this is not money that gets added on, it is a direct reduction in the money you would earn. In a sense, it is the reverse of a trickle-down economy. Here the money trickles up instead. Often these types of schemes also have a high entry fee you have to pay to the person above who recruited you.

While a Ponzi relies on a new influx of cash, the pyramid instead relies on an infinite amount of people. And as you probably have realized both premises are equally faulty. 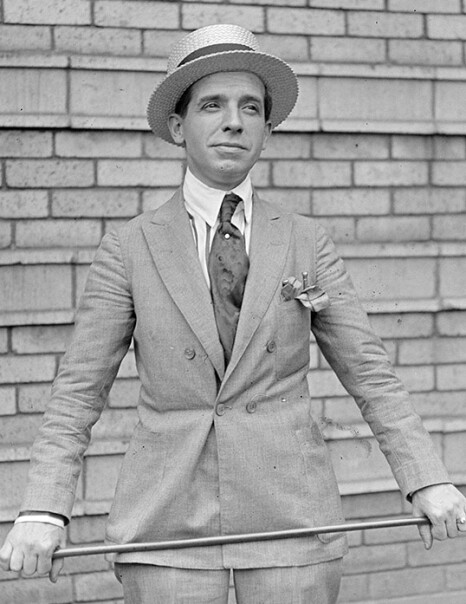 Charles Ponzi, the originator, and namesake of the Ponzi Scheme

And now we finally come to what Ponzinomics is. It is, I would argue, just the latest term used in order to describe these types of schemes. In order for people to keep getting "tricked" the fraudulent industry has to keep reinventing itself. Because if they keep running the same scheme over and over people would wise up and stop falling for it.

And one way to do this is to keep changing its name. Historically some of them are Multi-level marketing (MLM),  network marketing, or pyramid selling. I would like to add Ponzinomics ass the most recent entry to that list.

What can we do about it?

Well, the most important thing I would argue is to keep yourself informed. That way you will be able to stay clear of DeFi Ponzinomic project in the future. But many people would argue that Anchor was open about the high APY being unsustainable in the long run. And it was only used as a sales promotion of sort. And most people were aware of this as well.

How come so many got stuck in the aftermath and the collapse then if everyone knew the foundation was made of quicksand? Well, all I can say to that is it is hard to not get shit on you when it hits the fan. It does not really matter if you were able to smell it before it hit. When it hits the fan it goes everywhere, and it happens fast.

What I mean by educating yourself is you need to do it in order to stay clear of these types of projects. You do not educate yourself in order to be aware of the risk and try and stay safe. That will in 99/100 cases never work. If these were my options, knew I was making a very risky investment that was likely to fail or know nothing. Personally, I would choose the ignorance is bliss road.

But we can surely game the system, right?

Yes, yes you can. But in order for you to be able to do so. You would need to get in early. I am talking about starting day, or pre-sale. And even then it will be hard to gauge a project's adaption rate. You could be able to jump on board a project, on the very first day as it is about to set sail. Just for it do like the Swedish Regal Ship Vasa. Sinking after roughly 1300 meters on its maiden voyage. 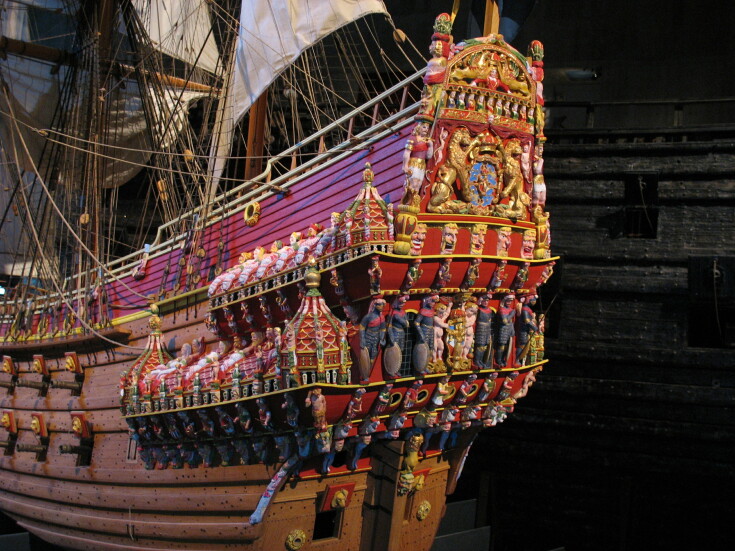 A 1:10 model of the ship Vasa, one of the most lavished ships ever constructed at its time. Sank due to faulty construction.

In short, you really have to be on the up and up in order for you to try and make any gains from these things. But sure, if you are, then you will be able to make crazy amounts of money. Just look at Jesse Eckel, a famous crypto youtube. He was able to get in early, more from a fluke and a chance he was willing to take than any nefarious dealings. And I know there are some accusations being flung about him regarding some of these Ponzinomic projects. But as far as I can tell he has always been open about what he does, not trying to game the system. But he is still a good example of how and what needs to happen in order for you to be able to make money from a project like this.

What about me, do I have a horse in the race?

I have invested around $300 into both Titano and Libero, with $200 in Titano and $100 in Libero. Who are two of the more famous "crazy" APY projects with inflation tokenomics. Meaning you earn an ever-increasing amount of tokens over time. Both of them compound your earnings automatically every 30 minutes. Did I expect to make a ton of money from them, no. Did I hope I would, yes. It was all money I was willing to gamble on. Meaning I was ok with losing it. I did not need that money in order to survive or make a payment on a house or such important things. I view it more as buying a lottery ticket.

I also have invested $100 into Sphere. A similar project by looks. But their goal is different. IF they are able to succeed with what they have set out to try. I think it will be a very nice project to be a part of.

So as you can see even I have dabbled in this space. And I actually have all my tokens still, from all three projects. Not having sold any of it.

The future, what is in store for us?

There have been some alarming trends in the crypto space, And that is I see a lot of these, mostly, short-lived Ponzinomics projects plopping up, just like mushrooms out of the ground. They are almost everywhere you look. They are a huge part of the current Play-to-Earn market. Most of the node projects, if not all of them are heavily stepped in Ponzinomics, crazy lending protocols like Anchor, and of course, there are the inflation token projects promising insane APY. And I have probably missed a few different types of Ponzinomics projects.

And I think, sadly that we will keep seeing them. Why you ask. It is fairly simple. They are a very fast and easy way for people to make a lot of money. I am talking about the people running the project now. Not any of the investors, even if that sometimes can apply to them as well. Until something is done about this in the crypto space, I sadly think we have to get used to this being the new normal.

And if you take a look at Russi, there was recently a report saying that a majority of Ponzi. and Pyramid Schemes for their Q1 were crypto-based. You can read more about that here, if you are interested. Sure Russia has a pretty nice situation right now. But I would argue it is still part of the larger crypto trend. And the criminal elements in Russia long have adopted the use of crypto. Just look at all the ransomware attacks originating from Russia.

Sure, there might also be some projects that have an honest approach and believe that they will succeed with what their goals are. Like Sphere. But I find the odds of them succeeding to be very slim at best. And if for no other reason than investors will use them as any normal Ponzinomic project. Is there anything we as a community can do about it?

Well, sadly it comes down to the "classic" vote with your dollars. That or we need some sort of regulations in the crypto space. And I know that is a word many do not want to touch even with a 10-foot pole. And sadly, I think that regulations could be used to at least better the current situation. I do not feel that any regulatory body will be able to implement them in a good way.

One way to get to these projects would be through the DEX- and CEXes. Simply by having them delist these types of projects. But as they often can be quite popular, resulting in larger amounts of transactions. I do not see that happening in the foreseeable future.

But if we look at the crypto space as a whole. I think it is clear that something has to change. Ponzinomic projects growing like mushrooms everywhere, celebrities used for Pump and Dump schemes, and the list go on. Sadly I do not have any solution to percent. =( But maybe you do? If so please share them with me in the comments down below. What are your opinions on these types of projects?