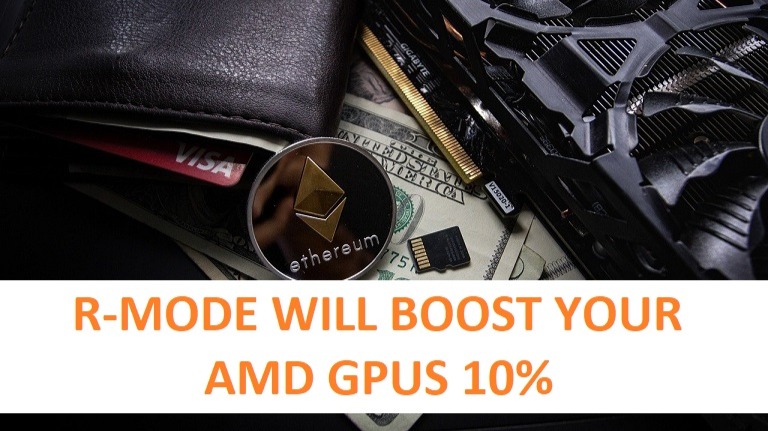 TeamRedMiner has just launched its new R-Mode. I see this as a response of sort to NiceHash cracking the LHR lock earlier this month.

TeamRedMiner´s R-Mode seems to be taking the mining community by storm. It allows you to basically boost your AMD GPUs with a massive 10%. And a 10% increase on anything is massive. But when it comes to mining on your GPUs, an increase in a performance like that is close to unheard of. The only thing I would argue that comes close was the cracking of the LHR lock that NiceHash was able to do earlier this month.

But even that only affected NVIDIA GPUs with the v1 and v2 of the LHR lock. So it was not a boost per see. It just simply allowed you to use the GPUs as if they did not have the LHR lock.

So what TeamRedMiner has managed to do with their R-Mode is probably as close to a computer miracle as we will get in these trying times.

It is also worth noting that this new update also is live in HiveOs.

You have probably heard about Ethereum 2.0, or the merger as it also goes by. But you might not have heard about how it will end up affecting the GPU mining scene. And this is probably because no one really knows how it will affect the other coins. Will people stop mining, will one or several coins take the vacant throne Etherium left behind as it moves to Prof-of-Stake?

One thing that has been known however is that NVIDIA GPUs have had a slight edge when it comes to mining several of the non-Ethereum coins. But the R-Mode now bridges that gap, if not eliminates it completely. Which is great news for all mines that have AMD GPUs in their mining rigs.

Have you tried this new R-Mode yet? What are you planning to mine after the merger? Please share your opinions and thoughts on this in the comment section down below.

If you found this post informative or a good read. Please consider following me, reading some of my other posts or why not do both. You can find them here and here.