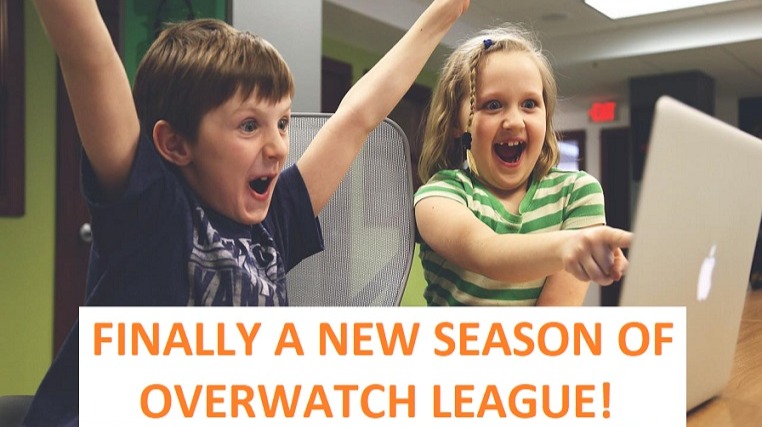 A News Season of Overwatch League, what is new?

A new season of Overwatch League just started last week and finished up the first round of games during the weekend. This is probably the only e-sports that I actually have followed from its inception to its current form. I thought this would be a good opportunity to talk a little about some of the changes that has come with the new season.

The biggest one is by far the switch from 6 players per team to the more standard 5 players per team, in e-sport. So what are some of the changes that comes with this? One of the biggest change I would argue is that a lot of players and casters have returned to the game. This is because just recently the beta of Overwatch 2, where this 5 players per team change, became playable for the public. What are these new players saying about the game. The vast majority are positive and saying the game now feels like a proper Shooter and the game they wanted it to be. Something the game was lacking before.

Having watched some game of this new 5 v 5 gameplay. I sadly feel it is still a bit to early for me to judge it from a spectators perspective. I need to watch a few more game before I can do that. On a "bigger picture perspective", I think the change is probably a good one for the game and its chance to last longer as an e-sport. I cant think of any team vs team e-sport that have been more then a flash in the pan. Having a different number of players per team then 5. I think that over time, as the meta evolves we can now see new styles op play. As with fewer players in the map this should open up some more space.

Switching from 6 player teams to the new 5 player teams. Who is it that had to leave. In the old teams the setup was as follows. Two player played support. Two players play as tanks and finally the last two players play as DPS. The player that has to leave was one of the tank players. The others still have the same two two lineup. This along with a lot of changes to the tank champions drastically changed the way a tank player have to play. Before tank players could easily divide the duties of supporting the offence along with pealing for the support between them. Now with only one player playing tank they have to figure out how to do both. That or the team have to evolve and adapt to the lack of a tank in one of the previous classic rolls. I think this will be my personal highlight, to be able to see what solutions the teams cane come up with.

Another big change I hinted a little above. This is the fact that this season is actually played in the beta of Overwatch 2. And as far as I know this is the first time this has been done. But this means that the new and re-worked heroes will be playable, even if they where temporary disabled the first week. This also means that the new maps and new game mode will be played as well.

If you have missed it, the new game mode is simply called Push. Here the objective is for the team to get a robot to push a barrier as far as possible towards the enemy base. The teams battle over the controlee of the robot. If this switches the robot runs across the map and start pushing the others teams barrier. So far I think the game mode was the low point of the week. And that is not necessary the fault of the game mode. It is probably a combination of me having to learn the new maps. So I don't get lost watching. And the fact that this game mode appears to be a mode where there is much more fighting al over the map al the time. To better understand what I mean with this. Think about the old game mode Escort, where teams instead takes turns trying to push an objective as far as they can. Now think how this will look if they instead pushed their objective at the same time. And to different endpoints. Compared to the original this mashup, if you will. Has a lot more moving parts to it. And I think it will take me some time to get used to them.

So far I would argue that most if not all changes have been positive. Even if I still have ways to go on the new game mode, before I get cough up to speed. One of the bigger changes made is the removal of the game mode Assault from the Overwatch 2 beta. Personally I liked the game mode and liked watching it. But I know a lot of players, especially pro players have been very vocal about the fact that a majority of maps are heavily in favor of one side. Something the casual player probably have not noticed. But something you would notice on the professional level. I actually would argue that this also is a good thing for the game. Despite me personally enjoying watching the maps being played.

It appears al the changes, at least so far are positive. Well there is the one thing still we have not talked about. And that is the inclusion of the ability for the players to now ping on the map. Pinging can be very useful in allowing players to communicate information to their teammates in a fast way. So to a degree this is also a good thing. The bad I would argue comes with the spectator side of it. Because pro players spam that ping a lot. And a lot, at least to me and my friend who watch together, appears to be just useless pings. And this would be fine if it was not for the fact that as a spectator you have to listen to the horrible ping sound being spammed over and over. And I do mean horrible. The actual sound the ping makes in game is utterly atrocious.

In conclusion I would say I think al the changes actually have been, if not immediately. A thing for the good of the game. And I am looking forward to watching this new season of Overwatch League. Now I just have to hope they will remove the ping sound from the spectator mode before I go insane. =)

Until the next time, as always take care and have a great day. And if you want to support me and the content I make pleas consider reading my other posts in my two blogs. You can find them here and here.