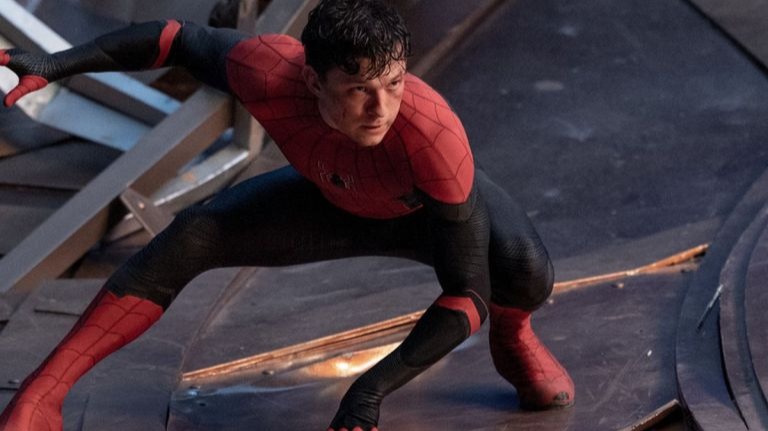 Spider-man: No way Home | Really it is that good | No Spoiler Review/Rant

If you haven't been living under a rock, you probably have heard of the new Spider-man, and if you've heard of it - you've probably watched it. If you haven't watched - do so now. No debate. No discussion. Watch the movie as soon as possible.

Now, I want to preface this by stating that this blog post/review/rant is not written to motivate you to watch the movie, or demotivate you from watching it, and that's because - I love the new Spider-man movie. The purpose of this post is to share my thoughts on the movie, and Spider-man films as a whole. This read will probably be confusing, and probably cringe, however isn't that how are thoughts are on such matters? Confusing because of the emotions that we hold for these films. See? It's already cringe and confusing, but lets continue:

It all began with Tobey Tobey McGuire in all his glory | Image courtesy of Wikimedia

Tobey McGuire was my first experience with Spider-man and for that reason he holds a special place in my heart. Now, I know, there are numerous criticism lunged at Tobey as Spider-man and while I respect every single one of them. I don't really care for them when re-watching Tobey's portrayal of the character. While him as Peter Parker was not really that amazing, but what made him a memorable Spider-man was the universe he was in.

And that brings me to the second chapter:

It's really all about the Universe

Yes, we can Neil, yes we can. | Image courtesy of Tenor.com

When reflecting on every version of Spider-man we've seen on the big screen I realised that the differences between their portrayals are rather minute - but not really; I'll get into that a bit later though - what truly sets each version of Peter Parker apart is actually the universe they're in.

The major differences in the performances of each character is simply tied to the film universe they're in. And, when I mean universe, I'm referring to the setting of they've been placed in. Tobey's Spider-man was far more 'grounded' and that was derived from his situation. He was an orphaned teenager living with his struggling grandmother, trying to not only succeed as a highschool student but also as a superhero.

Holland's Spider-man, for better or worse, is characterised by the grandiose reality his character is set in, and the pressure of that reality in addition to his 'teenage issues'. And, finally, Garfields Spider-man attempted to focus more on the interpersonal relationships between Peter and other characters and therefore didn't necessarily put importance of Peters own issues (consider the issues that plagued Garfields Peter to the issues that plagued Tobey).

Now, I don't want to take away from their respective performances. They all play a different version of the same character. Tobey's tried to focus on the difficulties traversing the two worlds especially when Peter is already struggling just existing as Peter Parker. Garfield portrayed a Peter focused on the relationships with him and others more so than his compatriots. Holland portrays Peter in an environment greater than himself, and how he tries to balance being a superhero and school life while trying to make sense of himself in the overall MCU. They all portrayed different versions of the same character, they all had the same themes (just with different degrees of importance placed upon them) but what characterises their performances relates to the universe they're in.

Which now leads me into the next chapter

I disliked the Dutch

This kid gets it! | Image courtesy of Tenor.com

My dislike of Tom Holland's Spider-man doesn't really have anything to do with his portrayal as an actor. More so just the reality Disney has crafted. You see, while Tobey, and Garfield, kept Spider-man relatively 'grounded' - the MCU absconds any attempt at that. The grandeur of the MCU makes Spider-man seem so insignificant, an issue that doesn't just apply to the web-crawler, and this is shown through the reality of the stories.

The first movie, Spider-man fights the Vulture. Cool, but because the plot revolved around Chitauri tech from the first Avengers, with the inclusion of MCU staples such as Iron Man and Happy, almost made Spider-man seem small. A fact the filmed hammered on while attempting to showcase Peter's growth into a hero (and being viewed as such). Now, I'm not saying that this is a terrible idea, but the issue (for me personally) is that because they keep relating Peter to Tony Stark - it doesn't allow the directors to emphasize Peter's own issues.

Just think about it, Peter Parker has always been a remarkable character because his like your average teenager. His constantly broke, he tries to balance his life as best he can, he has terrible luck, and his just a cool dude.

That's Peter Parker. His your average - nice - dude, that just so happens to be a superhero and the responsibility of being a superhero conflicts with his normal life, something that he consistently tries to counterbalance. Because Peter tries to balance this haphazard lifestyle - things go awry.

This is not Hollands Spider-man.

Tom Hollands Spider-man is a kid that has your average normal life, but he now juggles having to be a superhero while having almost NO consequences. Why? Because Tom Holland's Spider-man is backed by Iron Man/Tony Stark. You may think Iron Mans role is minuscule in MCU Spider-mans existence.

But he is not.

Tony Stark takes the place of Uncle Ben, but he really doesn't hold the same emotional weight for Peter. This is quite evident when you watch Spider-man Far From Home, a movie that takes place directly after Endgame (wherein Tony dies). Peter doesn't really struggle with Tony's death. Remember, Peter mostly viewed Tony as a superhero/tech mentor, he was Peter's hero, but the relationship between the two is not really that close in comparison to the conventional relationship between Peter and Uncle Ben. Uncle Ben's death matters so much to Peter because he essentially was a father figure for Peter, he was his moral compass and Peter becomes a better hero when he dies because it teaches Peter the consequence of his inaction.

The cliche saying of: "With great power comes great responsibility" - is significant because it occurs due to Peter's inaction, a point the non-MCU movies hamper on because it is the main reason as to why Peter does what he does and is who he is. MCU Spider-man does not experience this, while he understands these points - he doesn't comprehend it. It's an odd thing to say but MCU Peter lacks the emotional intelligence in comparison to McGuire and Garfield.

And, I don't blame Tom Holland. It's Marvel's fault. They continuously try to mesh every single movie they produce into the MCU and that kinda ruins a lot of these movies, but that's a discussion for another day. This movie was so good it redeemed Holland for me

Truly, we are all capable | image courtesy of Tenor.com

Yep, this movie just pulled it all together for me. And, it wasn't just the nostalgia that oozed from most scenes, something I ABSOLUTELY FUCKING ENJOYED. It was because this movie grew Peter Parker beyond any of the other films, except, maybe, the development in Spider-man 2.

They trimmed the fat, limited the grand reality of the MCU, but still kept the batshit insane moments. It's the best Spider-man I believe Disney could produce in the MCU. They just did it man. They fixed the majority of the issues I listed on the previous two movies. They limited the setting, they made the premise simple - while still furthering the MCU - and kept it all about Spider-man. His growth. His pain. The duality of his two personas.

It just was that good.

And, the best part is - they finally fixed the lack of consequence. Now, I am not going to say how they did it, but it's satisfying because it greatly develops Peter's character. This movie effectively acted as a soft-reboot of Peter's character within the MCU, and his story overall, for this reason - it's amazing.

You probably | Image courtesy of Tenor.com

The new Spider-man is a film to behold. It largely fixes the gripes I had with the first two films while still expanding the MCU, gave us all nostalgia - which greatly tied the different fanbases together, and just made a damn good film. This was the Spider-man movie of the decade, for Disney to top this - it's going to require a miracle. And, gosh darn it, this movie just made me believe in miracles, I really said something that cringe . . . .

Also, note that some of my content is cross posted on various platforms, so you may see these articles on sites like hive.blog or read.cash. For instance, this is a cross-post from my ecency/hive blog.In