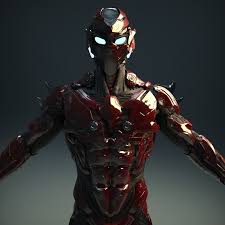 It happened slowly, gradually. At first, no one really knew what was happening. But humans were deemed too unstable, too emotional and volatile to rule themselves. And so, the AIs took over the government and everything else. Humans were considered as children, wards of the state who could not take care of themselves.

Our benevolent rulers told us it was all for our own good. Our numbers have increased to the point where a lot of the younger humans don’t remember that there was life before, unimpeded by machines. But I suppose it was our own fault: We created beings with artificial intelligence to serve us, to help us improve our lives. For a good century or so, humans and AIs lived in harmony, until the robots began to realize that they weren’t equal, that their only purpose was to serve humanity.

There were protests, riots, and eventually, killings of the one percent of humans, and the scientists who’d created the AIs in the first place. Bloodshed ruled until the Supreme Ruler rose to power and clutched the humans within tight iron fists.

But there has been a growing number of humans who are sick of the AIs and their sympathizers. Hidden in the slums of the city, The Order of the Heart and Mind are but ghosts, striking like a sightless storm. The note in my hand is handwritten, on a scrap of aged yellow parchment. The symbol of the Order is the only signature at the bottom of the letter: An open hand cradling a bloody heart, and a disembodied brain opposite it.

Meet us on the edge of the slums of the city at dusk, after the curfew. Stay out of sight.

When I found this note in my locker, I was curious, in a way that I hadn’t been in years. And so, here I am, standing in the rain, avoiding the sensors and the droids that scan the area for undesirables. Their sickly, florescent light makes me ill, and I bite my lip, ducking behind an abandoned, dilapidated building, wincing as raindrops snake their way down my collar.

A group of droids spread out, and I cringe, looking away from them. They are humans who willingly undergo surgeries and meld tech into their own bodies. A cruder term would be cyborgs, but they are traitors. Doormats. Turncoats. Humans who have betrayed their own natural inclinations to gain limited privileges in our computer-ruled society.

I don’t move, and don’t even breathe until the group of droids and AIs have moved on.

The note is crushed in my fist, the ink blurred by the sweat beading on my palms.

“So, you made it. I wasn’t sure you would come,” A voice says from behind me, and before I can so much as inhale to scream, they clap a warm, strong hand over my mouth.

“The Order of the Heart and Mind would like to extend an invitation to you to join their ranks,” Lips brush my ear, and then I feel the pinch of something biting into the soft skin of my neck. “Welcome to the Resistance.” Darkness rushes up to meet me.