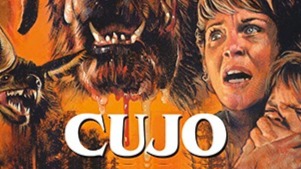 (The Library: Book Review) Castle Rock, Maine, USA is the location where Cujo, the St-Bernard dog, goes rabid after being bit by a bat. Published in 1981, Stephen King wrote this at the height of his alcoholism. I am reviewing this book but this review is fairly short. If you don't like horror novels, scroll down to read the Upcoming section where I detail some of what's coming. First, as usual, the Pros and Cons: 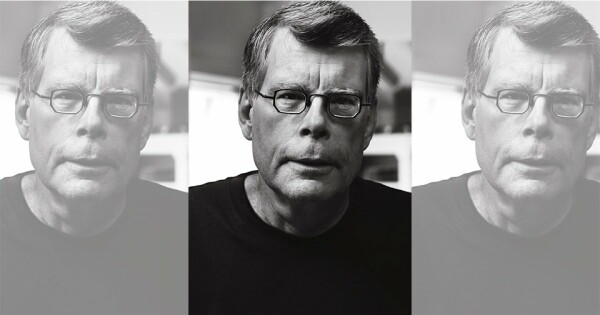 (Above: Stephen King, the author of Cujo. Src: See below, shortlist.com)

Published in 1981 by Stephen King, the book was recommend to me previously in my life. I started reading and there was an interesting part at the start when the dog found the rabbit's lair.

There is some mystery surrounding that lair and also concerning the real source of violence behind the dog's actions. Is it really just the rabies? Was it more?

As a consequence of his infection on the nose, Cujo is annoyed by noises. He reacts violently and the story revolves around encounters with him. 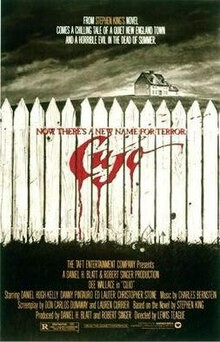 From the perspective of Cujo, the story is sad because he is not cared for at all when he shows initial signs of injuries. Perhaps this was partly some self-criticism from the part of King who also had alcohol problems back in the days.

But this is the real world we live in. Animals suffer all the time in nature and dogs, dependant as they are, depend heavily on us to care for them. Our own failings can harm them and they don't deserve it.

The novel was also difficult to read and to fully imagine in my mind's eye because the poor dog gets increasing amounts of damage as the book progresses.

As mentioned above, the setting was not inspiring to me. It happens in a small remote fictional town in the USA (Castle Rock, Maine) and takes its time to shape out the characters and the details about the history of the surroundings. 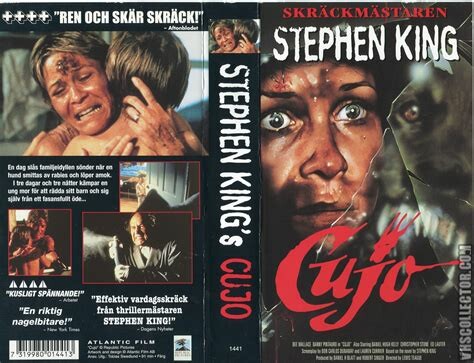 The characters are the main part of this horror novel. A lot of time is devoted to the extra-marital affairs, broken cars and to the encroaching of jobs in our lives.

Motivations, fears, attention to detail all abound in this novel and it does reflect on the times. If you want to feel like you were in 1983 USA, Maine with a rabid dog lurking around, this book shines in giving you a glimpse of that time.

Stephen King got inspired by his own encounter with a growling dog and with mechanics on the desert roads between towns in America.

The examination of why Donna and Vic are left alone, because of a publicity for cereals gone bad and because of broken cars are in part a criticism of everyday life. This is where King Shines (pun intended) and also why I find reading him boring. As I grow older, I appreciate more of what is between the lines. Of characters often bringing horror to themselves.

Perhaps this is why people so enjoy Stephen King, because he is a prolific writer that has always taken much care to shape out his characters in realism and create attachment to them. Vic, Donna and Tad are three names that I associate with the novel and with the dramatic events that followed.

I did feel that attachment for It! - another of King's novels - and the most recent adaptation (2017) was welcome and stayed true to the original tale of the author. It is easy to see in It! what I mean by King's ability to flesh out his characters and give them motivations and doubts and fears. 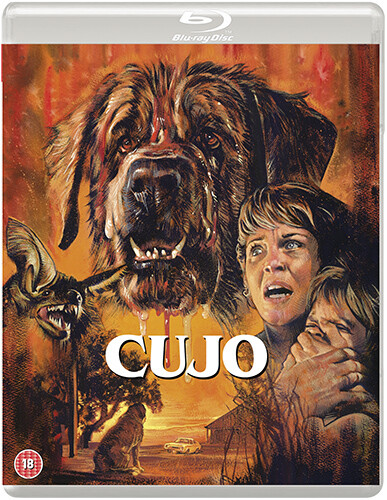 The novel Cujo builds on those aspects and builds a crescendo of intensification as the story occurs. Still, in my case, the time spent reading Cujo would have been better spent reading a different novel.

The novel has been criticised for its ending. I liked it. Not just because I wanted to put the book down, obviously, but because it ended fairly well.

The 1983 film adaptation might be worth a look if you don't feel like reading the whole novel. Stephen King himself liked the movie and felt it was true to the novel.

The novel received multiple nomination as Best Fantasy Novel, Best Novel although it was often banned and challenged in the past.

It includes some classic horror, suspense moments such as the unsuspecting victim that walks alone without looking at their dead angles around them. When you read about a relatively unknown character getting in such as situation, the tension builds and you expect a violent release of energy. This novel delivers on those moments.

I don't regret reading it, the words of the author have contributed to helping my English. But I don't recommend it to my readers. There are better titles out there in my opinion.

Next, I will write about the seeds of failure and division in the crypto world and how we can address some of that. For instance, an army of ETFs is joining the fray as I write this and we already have BITO and soon BTFD! I'm not kidding, that's the name of this new Bitcoin "linked" ETF. So we're going to need Superman or another masked hero for that...

Two other articles are in the works. One is about Bruce and the other one is about Alfred. Only one really existed. Then I can close with the Halloween Monster Special!

Subscribe here so you don't miss the upcoming Kryptonite of the Crypto Knights.