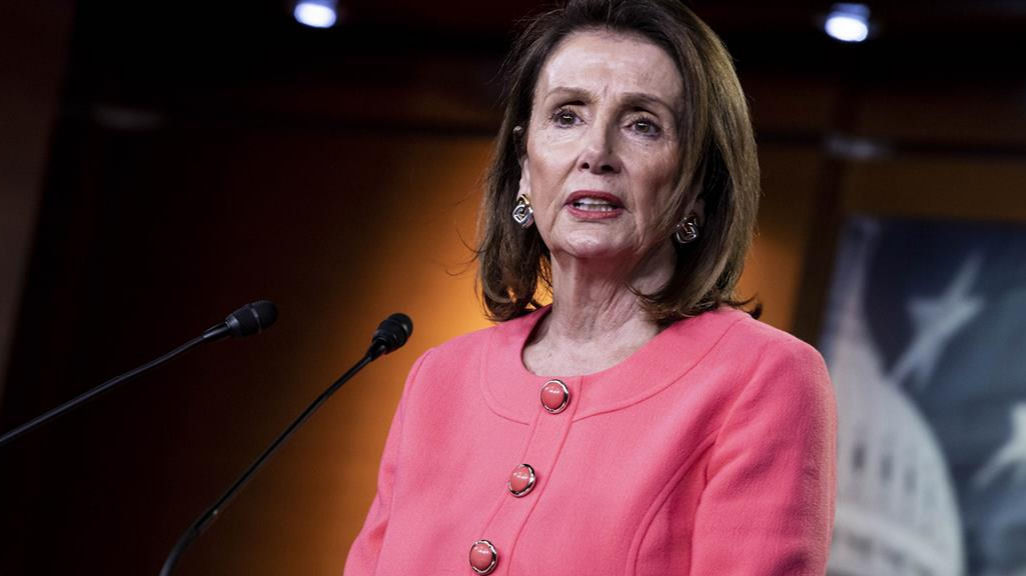 Speaker of the House Nancy Pelosi is a wreck. She and Adam Schiff, two criminal thugs in the congress are constantly spreading false lies and propaganda on impeachment, where there is no Impeachment, due to the fact her own family is caught up with the Ukraine scandal as well. Her son, Paul Pelosi Jr. was the co-founder of a firm charged with Securities Fraud.

Paul Pelosi Jr was the President and Chief operating officer of "Natural Blue Resources". The charges were handed down from the SEC when it was learned that the company was secretly owned and run by Joseph Corazzi and James Cohen, who had previous fraud convictions.

OH it gets better.Both Joe Biden's Son and Nancy Pelosi's son have strong ties to the country Ukraine. In 2017 Paul Pelosi Jr met with the Ukraine Government for a business initiative. There is a criminal pattern here. This is why Nancy Pelosi, Adam Schiff, Chuck Schumer and others are becoming so unhinged.

Never before have they had to worry about all of their criminal activities not only being exposed, but being shown to the entire world. Never before have these traitors to our country panicked like they are. These people always had their people in positions in order to secure their secrets. With the Election of the Outsider Donald Trump, they have had all of their individuals removed from the very positions that would have swept this under the rug, never allowing it to see the light of day.

Judicial Watch is another independent watchdog organization running at full steam to expose all of the corruption. The Impeachment charade is just a show folks. Grab some popcorn, sit back and relax. The American People and the World are about to see exactly what these criminals have been doing with not only our tax money, but they will soon realize that these criminals were selling out our country. Which means your freedom, your children, and your way of life.

So watching them scream, yell impeach and other acts of rage only tell me one thing, They are about to get slammed.