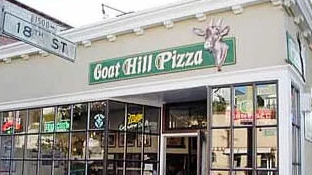 While we were investigating Speaker of the house Nancy Pelosi, due to her continued lies, and blatant disregard for the American People, we had discovered some interesting facts.

The first fact comes from looking into the Library of Congress, where it was discovered a House Bill that was Introduced and agreed upon in the House of representatives. That Bill is Entitled:

Given the behavior of the Speaker to not only be refusal to follow law, but it is criminal. We have decided to launch an investigation into the past family members of Nancy Pelosi in order to fully understand not only what kind of person she truly is, but where her real loyalties lay.

The first person we have looked at was the Father of Nancy Pelosi, Thomas D’Alesandro Jr.

It was a known fact to the Federal Bureau of Investigations, at that time, that Thomas was a well known companion of the Notorious Mobster Benjamin Magliano.

In 1961 President John F. Kennedy became concerned that D’Alesandro had ties to organized crime. He was right. It was discovered that in 1947 Thomas D’Alesandro oversaw the Heroine trafficking by Gangster lucky Luciano and the Jewish Crime families.

In 1953 Nancy Pelosi’s Brother, Franklin D. Roosevelt D”Alesandro was charged with lying during a Rape case. There was rumored payoffs which we can see clearly why he did get away with it.

We can all see now why The Speaker of the House, as well as many others around this country are spreading hatred for our President. The mere fact that Donald Trump is a Business man, and only wants results, clearly shows they are going to get exposed, placed on trial, and convicted of their crimes.

We all know Businessmen have no problems firing people, or exposing people because they only care about results, this is why politics has never gotten results because the politicians were not for the American People.

It is now time for the American People to turn off the Lying Fake News on television and begin the process of researching for themselves in order to completely destroy this Global system that was only designed to take away your rights, and have complete control of you.

House resolution 620-In the Matter of Nancy Pelosi

State Of The Nation