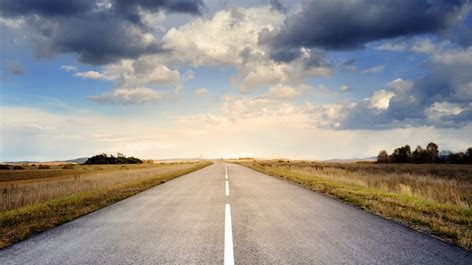 Tomorrow marks my one month anniversary (month-a-versary?) of playing Splinterlands.  So I thought I would take some time and look at what has transpired in that time frame.  Again, I'm not a full-time player or a whale or anything like that.  I'm just a casual player and casual crypto trader and long-time gamer.  This is not advice or anything like that.

Also, if you want to play Splinterlands haven't signed up yet (and why haven't you??), you can sign up here and start your own journey in a really cool, involved, and extremely fun NFT-based game.

So I think I'll break my month-long wandering in the Splinterlands into three categories.  Battles, cards, and value.  So let's go.

Battles are something that, honestly, I am struggling with.  I'm struggling with rules, card placement in the battle line-up, skills, what cards attack first, etc.  I bought some cards (more on that later) and battled my way up to the Bronze II league.  I was thrilled.  There was a day or two that I could almost not lose a battle.  Those new cards made me feel invincible and then reality set in.

Actually, a new season set it.

I quickly realized that the start of a new season sets in motion a mad scramble of players trying to battle their way back to the league that they were just in during the season that just ended.  In other words (at least from what my limited experience shows me) you go back down a league when a new season starts and you have to battle back to the league that you were in.  From the docs.splinterlands.com website:

So, yeah, that sucks.

But it actually makes sense because it prevents players from staying in a league and just dominating from season to season in one league.  At least that's my understanding of it.

So after my rise to Bronze II, I fell like a rock.  I think it was all the better players from Bronze I recently demoted to Bronze II and then the better players from Bronze II battling me in the Bronze III league when I got knocked down to there again.  Then frustration set it and I "rage battled" myself right back into the Novice league.  So don't do that.  Do NOT rage battle in order to climb back up to a league.  Once I calmed down a few days later and started actually thinking about each battle, I got back up to Bronze II and that is where I sit currently with a little over a day until the current season ends.  Will I experience the same beat-down at the start of the next season?  We'll see.

As I said earlier, I bought some cards in order to advance to Bronze II.  I chose not to rent because, well, I like actually owning things versus renting.  So I got up to Bronze II and feel better about my chances to get back to Bronze II because - well - I did it once with those cards.  There is a question of renting for card power in order to advance to a higher level.  This is a good idea, although I personally do not do it.  Mostly because, like I said, I like owning things.  The other reason is that rental rates shoot up quite a bit at the end of seasons.  Here's a great example.  With a little over a day to go in the season, this Level 2 Gargoya Lion that I rent out (because I can't play it) was rented by someone several days ago for .1 DEC per day.  Now it's renting for .368 DEC per day.  That's an increase of 72.83% from what I rented it out for. 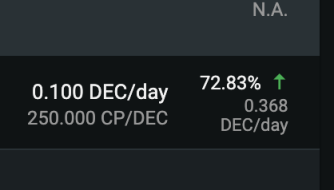 So, yes, I spent over $100 to buy the cards that got me to Bronze II.  I could probably have saved some money by renting them to get to Bronze II but when the rentals ended, I lose the CP and I'm back to Bronze II anyway.  If you like, go back and look at one of my previous blogs for recommendations on how to save DEC for rentals and purchases.

SO I stated above that I spent over $100 to buy cards that got me to Bronze II.  I'm actually not 100% sure of that.  All I know is that this is my current card value according to Peakmonsters.

As I've said in previous blogs, this does not discourage me.  I'm still learning.  Lots of folks are still learning about play-to-earn games.  It's a whole new world.  I am learning more and more every day, however.  In the next blog, I will run down some of the tools I use to find cards to flip.  And that's what I've really been focusing on - and probably why my battling has suffered.  Flipping cards can be profitable if you know how to do research.  That's one of the key ways to make money in the game.  (The other is renting but personally I find that more difficult and takes longer to realize a profit).

There's definitely a lot of value in this game.  The fact that you actually own items in the game is a paradigm shift in gaming.  I think that card values will continue to go up - although we'll see what happens when the Chaos Legion cards drop.  I also think there is always going to be a potential to flip cards for profit in the future no matter what new stuff is released.

New to the world of crypto and I'm determined to help others understand it better and have fun doing it!

So here's the deal: I'm a middle-aged guy who is dipping my toes in the world of crypto, NFTs, AMMs, DEX, DAPP, and all the other acronyms that I generally have little idea as to what they mean. But it's fun. That's what I want to explore in this blog. If I'm honest, this blog actually has a two-fold purpose: To learn and demystify the world of crypto for those of us over, say... 35, and to have FUN doing it. And also to make some extra money along the way.