Returning to open a few packs (Plus a very nice surprise or two!). It has been quite a long time since I've played Splinterlands, and I sold off the bulk of my cards a long time ago to avoid having he temptation to log in and play again! I did love the game, but I wanted to spend more of my precious gaming time playing my games on my beloved PC platform instead! Definitely no slight on Splinterlands, but just a desire to return back to huge deep hardcore gaming.

Anyway, I still have SPS staked and being dropped from the time that I was playing and making it up the leagues on a daily basis. So, every now and then, I check in to harvest the SPS and use a bit of the staking rewards to purchase a pack or two in the hopes of striking it lucky! It is like the equivalent of purchasing a lucky lottery ticket for me... with nothing expected, but just the little endorphin rush of seeing the cards flip over to perhaps reveal something new and exciting.

So, the other day, I had enough SPS to purchase 4 packs.

... and the first pack that I had opened contained that very very cool surprise! It was like Splinterlands knew that I hadn't been around for a while and wanted to show me what I was missing out on.

That shaky shaky animation (my sound was turned off...) is always a welcome sight when you hover and click on a card. Every Splinterlands player knows that you are about to be dropped a really cool Legendary card! And there it was, a Chaos Dragon! Wow, it does look pretty damn impressive... but I also remember the days when the highest level mana card was something on the order of 8 mana! 14 mana seems pretty impressive.... I suspect that you could definitely win a game or two just using ONLY this card?

On the other hand, even that Dhampir Stalker looks pretty impressive... not a tank at all, but something that might definitely do a touch of ranged damage when it gets levelled. Sigh... maybe I will see what I can do with my very depleted deck! Oh wait... probably not, I think I have no summoners left. Maybe it will all go to lease. Sadly, the second pack was less impressive. Somehow, looking at the artwork (which I still love), I'm getting a bit of a League of Legends vibe about it. Anyway, commons are still useful. I'm still levelling up cards to make them a touch more attractive on the hiring market. LOL... third pack. Splinterlands is REALLY REALLY trying hard to lure me back in. But again, sadly, I have no summoners... so, I'm afraid that my temptation is cut short by the sheer lack of ability to compete!

Anyway, in the past, I would have sold the gold cards immediately... I prefer to have utility over the rarity and cool factor. I don't know if things have changed since I stopped playing... but when I was playing, it was better to have a non-gold card that was levelled rather than the gold version that was comparatively weaker and more expensive to level up. ... ahhhhh... poop, just commons. No matter, they will be combined to buff up those little low level common cards!

Oh Splinterlands, it has been such a long time since I've played... but you still are providing me with some little moments of goosebumps and fun! I still love opening packs! I don't think that that will EVER get old! 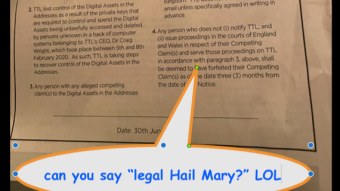