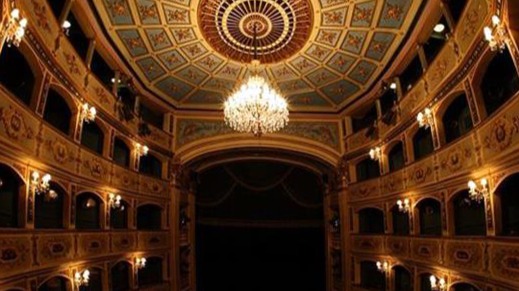 This research has been made by me and cannot be shared anywhere without reference. Permissions of all the quotations in this article have been obtained and the images used are suitable for re-licensing. I will share parts of this holistic and in-depth research over time. I hope that it will attract your attention and read with pleasure.

THE EFFECTS OF THE INDUSTRIAL REVOLUTION ON LITERATURE, THEATER AND POETRY

The idea of ​​freedom, which took place in France in 1789 and spread to all of Europe, caused significant changes in the European mentality. In the following period, the problems faced by the society in the new economic order passed with the Industrial Revolution, frequently found its place in the field of literature, which is one of the main communication ways of culture. On the historical plane advancing towards Modernism, the artists, in response to the Classicism created by the Renaissance artists, with the Romanticism movement removed the art from being the addressee of a certain class and tried to express the problems of the people.

Although Neo-Classical works were produced until the second half of the 17th century, this Neo-Classical period; It is a transition process that extends to Romanticism. One of the most important developments in the field of literature, especially in England and France, is the spread of the satire genre. In this period when the social prevailed over the individual, artists, especially the British Jonathan Swift and Alexadre Pope, enabled the society to see itself from a self-critical point of view and showed the society that the management and the system were criticized with the artworks created. In his work titled "A Very Voluntary Suggestion", Jonathan Swift examined the transition stages of the Irish people in the urbanization process formed in the new economic order and said, "If there is no food, let's eat babies, since there is no money, you have a lot of children at home, let's sell them as workers or meat, let's get rid of this narrow. they do not work anyway. " He criticized his laziness in the accepted helplessness of his own society.

Significant changes have been experienced in the genre of the novel other than satire, and the noble novel characters in Renaissance works have been replaced by ordinary people belonging to the lower-middle class. As the concepts of human rights, freedom and justice started to take place in literary works, the period called "Siecle des lumieres", in which more theoretical works were given in France, witnessed the creation of many works that we can describe as classical today. With the works of names such as Jean-Jacques Rosso, Voltaire, and Marquis De Sade pointing to the evolution of society into a new order, the idea that both the individual and the society should change was transferred to the society, and they caused the formation of many philosophical currents, especially Existentialism.

With Romanticism, the artists, who got rid of the rules of the Renaissance that strangled the artist, preferred an ordinary and everyday language, just like the characters of the novel they chose, instead of the heavy language of Classicism in their works. In this period when the affect of the receptor came to the fore, the works based the conflict between good and bad on class awareness, and mainly focused on the main themes of love, nature and death. Three unity rules, one of the most important rules of classical theater, which includes the integrity of time, space and place, were first broken with the works of Shakespeare in this period and allowed the Romantic theater to develop the Drama genre.

Feeding on the aesthetic perception created by Kant, Fichte and Schiller and German Idealism, German Romanticism is divided into two as "Die Ältere Romantic" and "Die Jüngere Romantic". In literature, German Romanticism, where the effects of the nationalism movement that spread to Europe with the French Revolution of 1789 can be observed most clearly, symbolizes the return to the national values ​​of the German people. In general, emotions were considered more important than thought, and the transcendent, superior, virtuous characters of Renaissance art, which was the subject of artworks, gave way to ordinary people. Due to classicism, the subject of religion, which is used only for propaganda purposes in art works, was first addressed in folk language with Romanticism and certain taboos were broken. With the two-way human ideal, German Romanticism started to express the enthusiasm of people in daily life and to ask questions about the afterlife, and the concepts of becoming god and being human began to be accepted as concepts coming from the same essence. The "human open to deity" man, which Goethe is frequently subject to in his novels, is a concrete indicator of German Romanticism's desire for universalization.

With the demolition of the rules of the classicism movement in the Neo-Classical and Romantic period, the artists were also liberated theoretically and they planted the seeds of new philosophical movements. Realism, which was born in France in response to Romanticism on the grounds that the depiction of the social pains caused by the Industrial Revolution was not sufficient and the imagination of Romanticism could not provide concrete solutions to the problems, developed the artistic approach for art and that Romanticism's understanding of art for society was insincere. advocated and enabled the art that met the people with Romanticism to become the real people.

“Flaubert, in a letter; “I'm content with stating things as they seem to me, expressing what seems right to me… Isn't it time yet to put accuracy into art? The impartiality of description will then reach the height of the law and the stature of science. ” (Yetkin; 1967: 103). Suut Kemal Yetkin, Movements in Literature, p.103 In Realism, the data obtained by the method of observation permeates the works of art objectively by passing through the filter of science. While classical period art works are classified as ideal, Romanticism as they wish, as good and bad; Realism chooses to tell the facts directly as they are. Its main representatives are Stendhal, H. Balzac, G. Flaubert, Gogol, F.Dostoyevski, L. Tolstoy, A. Chekhov, C. Dickens, Mark Twain and J. Steinbeck.

Describing the situation of England after the Industrial Revolution with his descriptions, Dickens clearly identifies the misty state of London with the conditions of the social in his novel "Bleak House". That the factories work only for the rich, the lower-middle class is ripped out of the countryside just so that the factories profit; It combines the technique of the first person singular with portrayal of the protagonist for the first time and makes the reader feel deeply all the pains of the life in the novel. This difference, seen technically, is the literary equivalent of the transformations experienced by the concepts of self, self, individual and society in the European mentality during the process that came with the Industrial Revolution. He describes the smoke coming out of the chimneys of the factory smoke rising above the poor people as "countless snakes". By imagining machines as beings capable of suffering, he argues that the order itself has in fact turned into a vicious circle, and from this perspective, the existence of continuity does not mean that there is life. Dickens portrays all the difficulties faced by the society with the Industrial Revolution, especially in four works named "Gloomy House", "Great Expectations", "Difficult Times" and "Antique Shop".

Although the Industrial Revolution did not directly affect the creation process of literary works as in sculpture or architecture, among literary works; In line with the results of its contribution to the mental transformation of Europe, it has found a place for itself. Urbanization and mechanization caused the mechanics of production relations to be reflected on human nature; Humankind, whose daily life practice has entered into a vicious circle, added literature, which is an important narrative tool, to their search for solutions to their problems with the process that came with the Industrial Revolution.

THE EFFECT OF INDUSTRIAL REVOLUTION ON ART

THE EFFECT OF INDUSTRIAL REVOLUTION ON ART AND ART WORKS