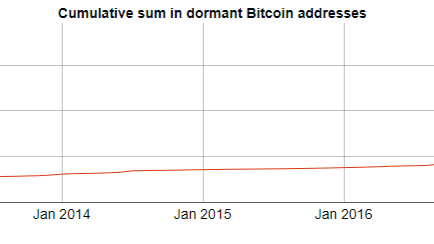 A little more than 19 million BTC have been mined to date with only 2 million left to reach the maximum supply.
Of these 19 Million, 17.8 Million sleep peacefully in their respective "dormant" wallets.

It is very possible that a fraction of these have been lost forever, I would not know how to quantify it.
One thing is clear, very few people are available to sell their BITCOIN but to accumulate them until the end of time.

My obsession with accumulating satoshis, which I have practiced for a long time, has become the obsession of most actors in the crypto sphere.
Of the dozens of Bitcoin faucets that existed once, many have disappeared although some persist. I remember when I thought that all those faucets were just a distraction, now I value much more that some of them keep "giving" me sats...

The accumulation of Sats is going to turn into a fierce fight soon.

Until then keep staking.
@toofasteddie