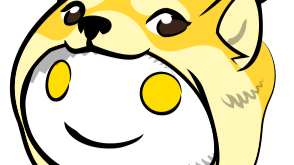 Accomplishments After a Month

After reading 0xgult’s post about his first day of experience in playing Splinterlands, I got motivated to continue sharing my story. The only story I shared on Hive Blog for more than a month playing the game was about my first win using Sand Worm. Unfortunately, when I shared my post on reddit, someone said that such “useless” stuff has no place in the group. Others are more considerate and accommodating.

Sixteen days have passed. Since then, I was not able to do a follow up post. Maybe because I got distracted or perhaps, I lacked the motivation to continue due to many tasks I have to do related to my current work.

0xgult encouraged me not to pay attention to haters but to write my journey if I think readers will find value in it. In this post, I just want to share a few of my accomplishments after a month of playing Splinterlands:

Reaching Bronze II after playing for 17 days made me excited again. One player shared that it took him just 30 minutes to reach that guild. To achieve such accomplishment, he rented 3 epic cards for 7 days. I think that was my mistake. I took the rental system for granted and played the game my own way, and that is why it took me more than two weeks to reach a league that could be reached in a shorter period of time. 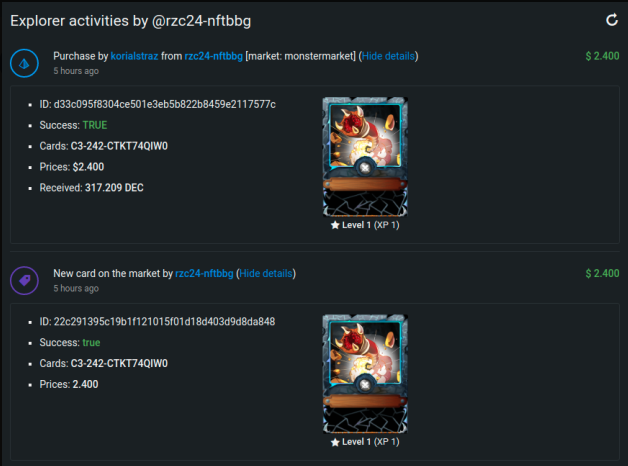 The next accomplishment I achieved is about the result of successful sales. In just two days, I was able to sell two cards worth $8.07. The first card I sold was Sand Worm @ $2.40. It's lowest price in the market at that time was $2.85. As for Onyx Sentinel, its market price was $6.05, but I sold it @ $5.67. This is my way of testing how liquid these cards are.

Someone doesn’t like what I did. He said that I was destroying the market by offering such a low price. He said that I don’t have the reason to do such. His idea of selling is to put the maximum price.

I reminded him that I was just testing the efficiency of the market. I told him that next time I will place a price closer to the lowest. And to me, that's the beauty of the free market. If the seller values liquidity more than the card, he has the right to set his own price. On the other hand, if the holder values his card more than liquidity, no matter how high your offer is, he won't sell it. In my case, I already had 5 Sand Worms and I combined them all to upgrade the card into level 2. I don't have any intention to make it to level 3 and that is why I don't find any use for an extra Sand Worm except to convert it into DEC liquid. In that case, I could increase my DEC and as a result my airdrop points too. 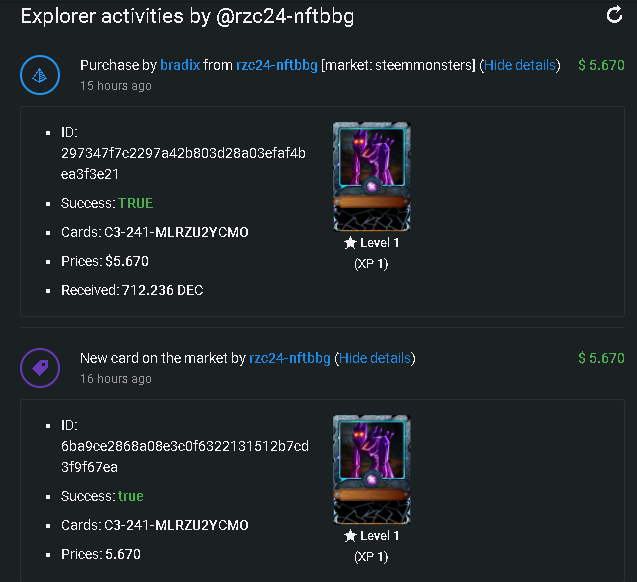 As for Onyx Sentinel, I find neutral splinters as support to my three favorite splinters: life, death, and water. If I will keep it, its only purpose would be to increase my collection power, but with the current season almost ending, it's already too late for me to reach the higher league.

Reflecting further on that successful trade, I recognize that buyers only look for two things in any product, and that is also applicable to an NFT card. These are quality or usefulness and low price. In the case of Splinterland cards, what determines quality is the need of the gamers for his battling strategy in order to win. If many sellers post the same card at the same price, the lowest price has the advantage particularly if it looks bargain. Yes, those cards might be sold, but for those who want a quick trade, offering the card at a bargain price is the fastest. In fact, after posting Sand Worm at $2.40, I saw someone posting even at a lower price @ $2.10, but it was also easily sold. 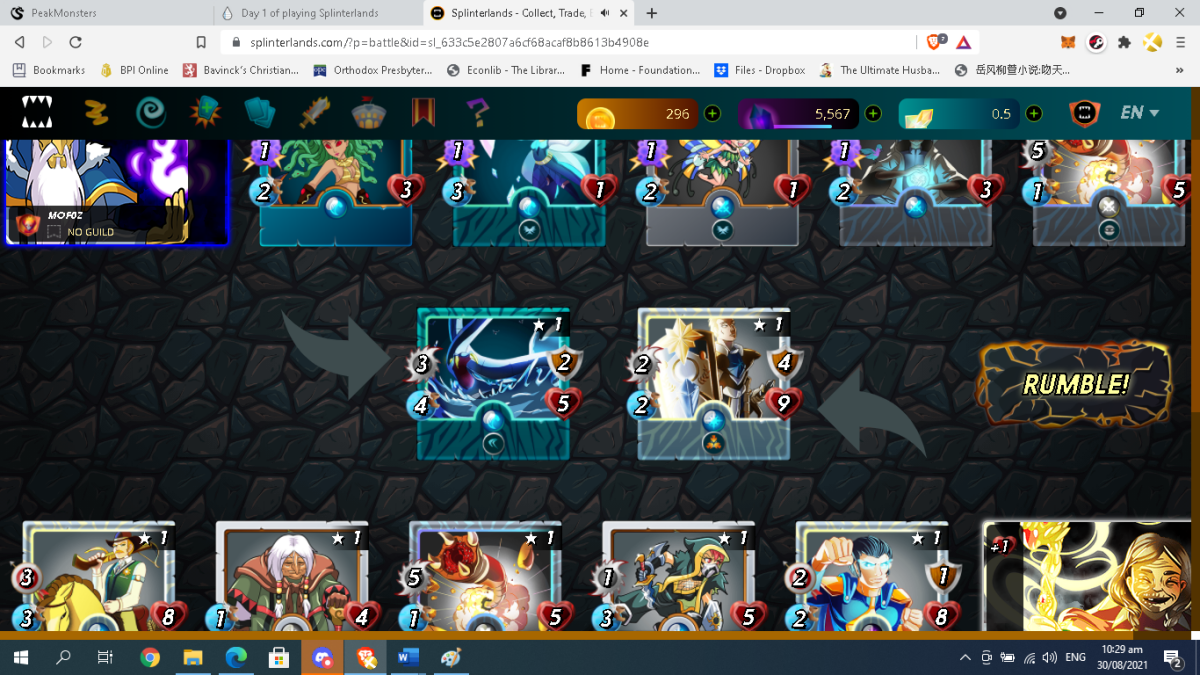 Yesterday, I had another quest to complete before the season ends. However, I struggled to win battles using life splinters. So I decided to rent three cards. After trying them, still I suffered repeated defeats. I realized that my cards will only work with other cards on a 99 mana cap.

After renting life splinter cards yesterday, I was tempted to stop my rent for my cards fail to give me victory.

But today with 99 mana cap, I could utilize all three of them and I am happy with the result for I won straight five battles using the same card formation. 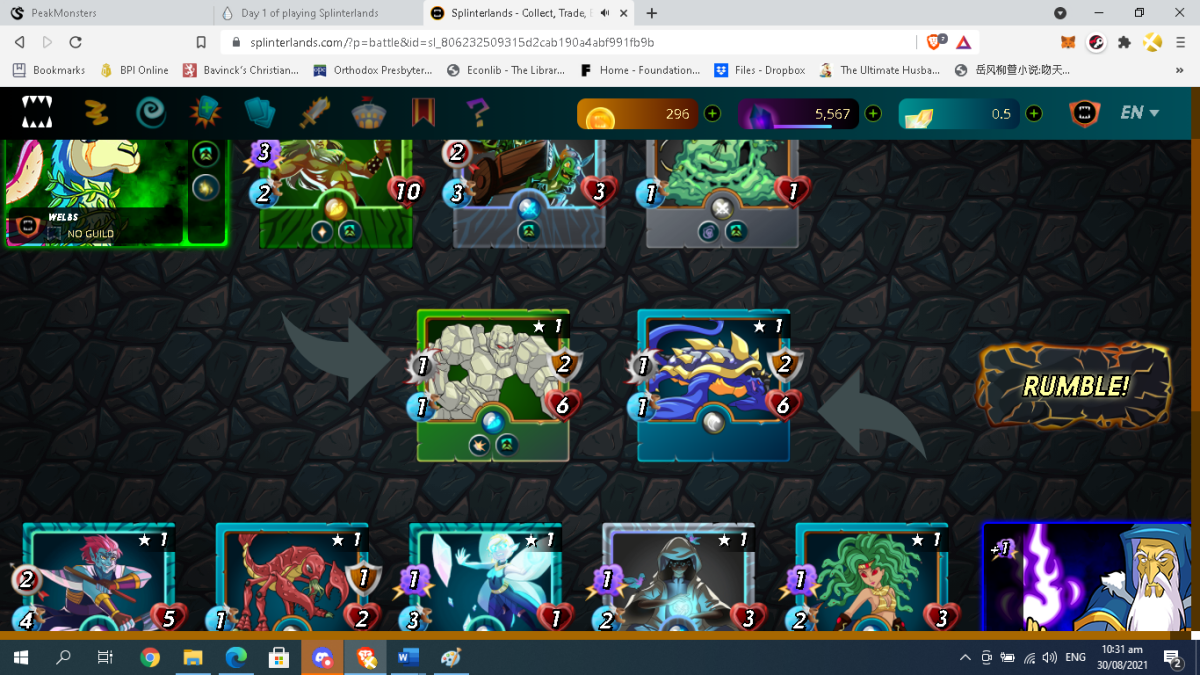 Seeing Scarred Llama Mage and Kron the Undying, I immediately surrendered and pressed the result button. I don’t think that such cards should be used in lower league battles. But to my surprise, I saw my user name winning. I never expect that I can defeat an undying card. I got curious and so I replayed the fight to see how did I win against Scarred Llama and Kron.

Though not so phenomenal, after a month, I am satisfied with my performance on Splinterlands. My card value is increasing. Selling cards really work. Both the quantity of my DEC and my SPS are also growing. Now, I will try to experiment on blogging. And let’s see what will be the outcome after a month.

You want to try Splinterlands? Here's my code.

I want to explore the field of crypto market and I think there is no better way to do this than by researching and blogging about the subject.

A personal journey in crypto space about De Fi, NFTs, para-chains, and whatever new names that will come in this revolutionary trend in global finance.