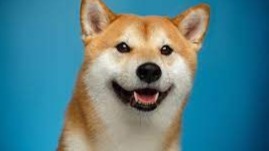 The Case for Dogecoin

Dogecoin must be one of, if not the most, misunderstood cryptocurrency available in the blockchain currency ecosystem. Everywhere you look on the internet whether it is an official source or a forum on reddit, cryptocurrency investors both old and new will warn you against buying dogecoin, harping “the unlimited supply, the concentration of wealth in a few wallets, the pump and dump schemes" and these are all very valid points but if you had the courage to ignore them, your returns would be 60x your money YTD, over 5 times your money over the last month and a remarkable 111 times your money over the previous 12 months - this is all as of April 25th, 2021. Of course, if you also bought leading up to Doge Day, you may be down as much as 40%.

Let's ignore the hyperbole and the naysayers and actually review the fundamentals.

Dogecoin as an Effective Currency - Dogecoin, like most cryptocurrencies, is durable, it is divisble, portable, fungible, verifiable, and censorship resistant. The only qualities that dogecoin lacks of an effective currency is it is not scarce and it does not have a long established history (only eight years old).

Dogecoin Supply - Dogecoin has an unlimited possibly supply. Dogecoin started with a supply of 100 billion dogecoin though the founder Jackson Palmer removed that supply cap to instead focus on reducing its inflation rate over time. By mid-2015 that initial supply was reached with an additional 5 billion being created each year thereafter and at that rate of inflation, its supply will double oneover every 26 years. This rate of growth without a cap is much higher than most cryptocurrencies and even the deflationary qualities of some others though, at a rate of inflation of only 2.7%, this is actually quite reasonable and far less than experienced by 45% of the countries in the world last year including Brazil, Mexico, Hungary, China and India.

Let’s dare to compare this to the US Dollar and the M2 money supply. Like dogecoin, there is no cap to the growth of the US Dollar and its M2 (a broad measure of money supply including all cash, chequing accounts and easily convertible money) increased 26% over the past twelve months. At the same time, its relative value to a basket of other currencies only declined by 9% and likely will recover with its economic recovery in 2021 and beyond - though signs of more broad based inflation are on the horizon, notably in investment assets and commodities. Considering the growth of the US Dollar far exceeds dogecoin, shouldn't we all be worried about holding it? No, that would again be hyperbole. Despite its supply growth, the US Dollar is still accepted around the world and has a long established history as one of the most stable currencies the world has even seen - and firmy rooted itself as the world's currency following the Bretton Woods agreement in 1944. My point being - supply is not the only thing that should be considered in evaluating long term potential of a currency.

Dogecoin as a Medium of Exchange - I would argue that dogecoin is one of the most effective mediums of exchange that the cryptocurrency community has created. If you have ever moved Dogecoin from wallet to wallet, you might be pretty impressed by the very reasonable transaction fees and quick transaction time. These qualities make it an effective instrument for exchange, something that bitcoin does not offer (though other currencies like Nano certainly do). This is demonstrated by its low median transaction value too - typically less than $200.

Fees - Until recently, the average transaction fee was pennies though since the increase in the value of dogecoin, the fee has also increased to 80 cents and the median transaction fee is closer to 50 cents.

Speed - It takes an average of only one minute to move dogecoin from wallet to wallet, making it an effective exchange for buying things at restaurants, stores and so on.

Dogecoin as a "meme investment" - I think the big value of dogecoin is that in this odd new world meme economy, dogecoin is considered the 'blue chip' meme coin and I believe there is real value in that. How do you quantify this value? I would measure it in a number of different ways - the number of conversations are being had over the coin, the number of new partnerships being linked with dogecoin, the number of tweets, and so on. There is real value in being discussed and this creates value for company's marketing departments of those using dogecoin and for dogecoin itself which can benefit from unlimited free press.

Tweets Per Day - Dogecoin gets a greater number of mentions when the price explodes in value, which it periodically does. Over the last month though, the total number of tweets per day has remained sustained at levels above 10,000. At its peak, dogecoin received close to 1 million unique tweets in a day. This kind of brand awareness has introduced a lot of new investors and interested users into dogecoin and other cryptocurrencies. A number of people would say that dogecoin was their first cryptocurrency investment, the "gateway crypto".

Celebrity and Company Endorsements - There is no stopping the surge of people and companies that want to associate themselves with dogecoin. And why wouldn't they? It makes these entities more likeable, it is a great public relations stunt for them, and attaching themselves to dogecoin increases their own brand awareness alongside the increase with dogecoin. Some notables include Elon Musk, Snoop Dogg, Mark Cuban and the Dallas Mavericks, Lil Yachty, Slim Jim, Gene Simmons, and a number of Instagram and Tik Tok influencers.

What about the concentration? Beyond its supply, the biggest real and legitimate concern is the concentration of dogecoin in the hands of the wealthy few. In fact, dogecoin may be one of the most inequal cryptocurrencies available.

One wallet contains 28% of all the circulating dogecoin supply and a mere 13 wallets hold 48% of the total dogecoin supply. Less than 40,000 wallets contain 94% of all dogecoin in existence (of a total of 2.6million wallets in existence). That is a very concerning concentration and any one of those wallets selling could result in the price of dogecoin falling tremendously.

That said, I will mention three points to put this in perspective:

Firstly, it is widely assumed that the wallet that coins 28% of all the circulating dogecoin may well be Robinhood since Robinhood users don't have access to their own private keys, they are all held by Robinhood on behalf of their account holders. Given that Robinhood has about 20 million users and only 7 cryptocurrencies available for trade (of which Dogecoin is the cheapest and probably most popular among a meme-centric young audience), this is a valid theory.

Secondly, this level of inequality, while harmful, does have precedent in other stable currencies. The United States Dollar, as forementioned, has a population of the wealthiest 1% holding 40% of the nation's wealth. Dogecoin's levels of inequity is far in excess of that though Dogecoin has a very low barrier to entry and some of the account holders may not own all the coin themselves (like Robinhood, on behalf of its users).

Lastly, a lot of these wealthiest dogecoin holders have been holding! The top 10 wallets (minus one outlier wallet) have received inbound dogecoin transfers a collective 4,936 times and only transferred it out 60 times - a ratio of 82 to 1. While several of these top wallets did make withdrawals in the April 2021 exponential dogecoin price growth which leads credence to the idea that this is a pump and dump, many have not made a single withdrawal ever or haven't in several years.

Dogecoin is a coin that does have a reputation that makes it very controversial and very well liked, depending on who you are speaking with. The Reddit cryptocurrency community almost exclusively hates it while the dogecoin subreddit of 1.5million users (66% of the size of cryptocurrency subreddit) adores it and will hold to $0.69 or $1 and above. It does have an unlimited supply though, at an annual inflation rate of only 2.7%, I would say its fairly reasonable. The concentration of dogecoin wealth in the hands of the few is also very much a concern. Lastly, while dogecoin is the "blue chip meme coin", it could be replaced by any number of others like Blowfish Coin or Bittorrent but that has yet to be seen and Dogecoin's relatively long 8 year history is rooting itself as the blue chip meme coin standard. Ignoring its faults, I would say Dogecoin has a lot of value both as a meme and a medium of exchange and I believe it does have a strong future ahead of itself.

Buy at your own risk!