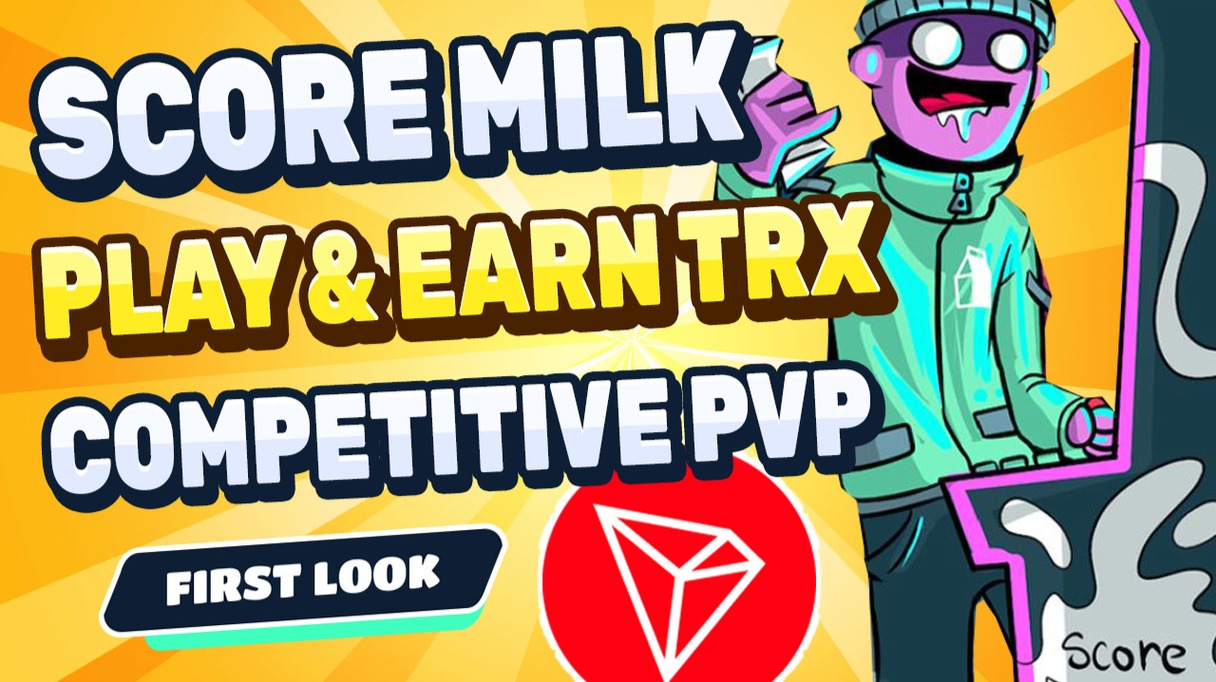 We have covered many different blockchain games in this channel ever since.

And we've also discussed many things about how the blockchain works in play-to-earn games.

This time, we're gonna be talking about a gaming platform that has started development since 2018.

This video isn't just for gamers, but mainly for all the game developers out there who are interested in incorporating a reliable play-to-earn feature in the new games they are making.

So if you're one of them, then you do not want to miss this.

What is Score Milk?

They are all about competitive and fair gameplay, giving all players equal opportunities of winning.

Wherein they invite game developers to be able to use their platform, in order to easily and quickly be able to incorporate a stable play-to-earn mechanic into their blockchain games.

Plus, the added benefit of having an already existing user-base.

You see, incorporating a game into the blockchain space isn't exactly a walk in the park.

Just like Cryptocurrencies, it's never that simple. Sure, a lot o games in the past already had In-game gold, in-game money, or gems, whatever, but they don't really represent any real value as real money.

We've even seen some games, failing during their initial launch.

Twas because they didn't fully grasp the concept of NFTs, Tokenomics, and the relation of blockchain to real money.

This is where Score Milk comes in to play, they're not exactly a game in itself, but a platform for games that will revolve around a shared economy in collective blockchain space.

When everything goes as planned, you can expect that Score Milk will soon be stacked with many different play-to-earn games, created by many different game developers.

Score milk is still in development as of now, but players are already allowed to do practice plays.

How to Play & Earn 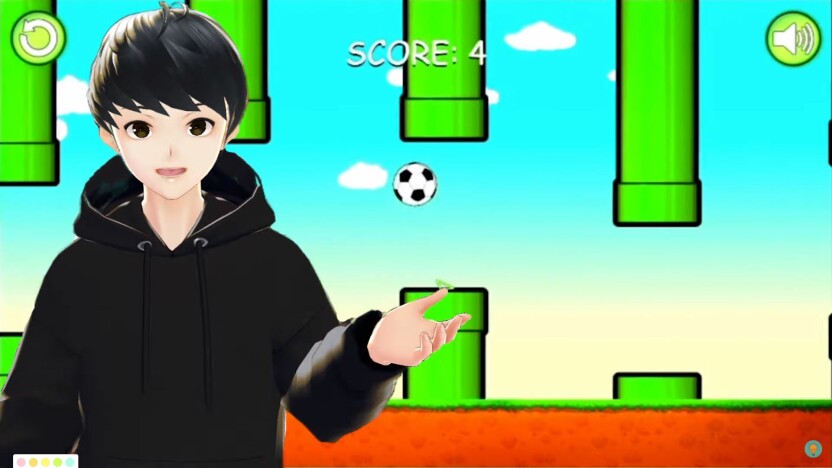 Score Milk chose to operate using TRX or Tron as its Network of choice.

This means gas fees are going to be cheap and efficient.

A really big plus for all gamers!

Here's how players can earn…

First of all, you'll need to have a Tronlink Wallet. It's easy to make one, just get it by downloading the Browser extention and make a new wallet account. Oh and please take care of your seed phrase.

Score Milk focuses on 1 v 1 PvP competitions. In order to play, you would need to have some TRX in your wallet in order to pay for entry fees.

Before a match, the players must select how much TRX they want to compete for.

Keep in mind, that this should also be the amount you are willing to lose -if you lose

But take note: that these choices are always subject to change based on the current value of TRX.

It's pretty simple and straightforward. Score Milk will then match up a player to another player who selected the same TRX value. 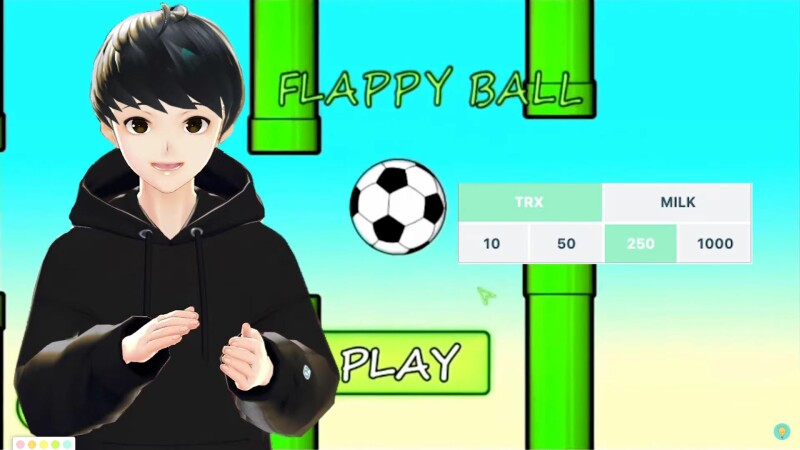 Only one gets to win, and the other one loses.

And this is how you get earnings in Tron.

Let's say, you chose to play the game "Stacks" and choosing to put up 250 TRX

You will be matched up to another player who also put up 250 TRX.

Then, the remaining 5% of the pot will be used for Score Milk's platform rewards.

And 60% of which will go to the rewards pool for the staked MILK Token holders.

And yep, there is another Token that you can earn from playing their games or simply by just Holding and Staking them: They are called MILK Tokens

Score Milk doesn't plan on holding any token sale events, but Score Milk tokens will be placed on JustSwap for liquidity.

In order to be safe from scams and to be sure that you would be swapping for the authentic MILK tokens, you should go directly to their official website at scoremilk.com and click the JustSwap link they posted on top.

But if you want to, it's also recently made available in Just Money. 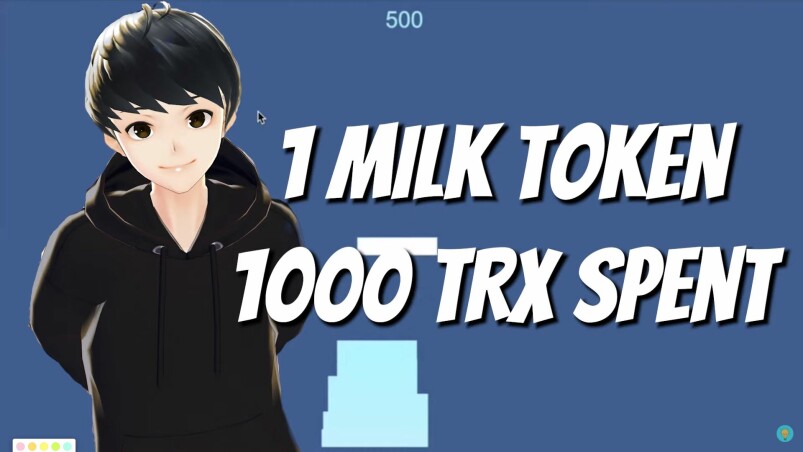 Every Score Milk player, whether they won or lost, will be receiving 1 MILK token for every 1,000 TRX that they put up to play.

You can think of it as a consolation if you keep on playing with a losing streak.

Hehe, well, it's designed to be competitive. So each and every game you play can possibly be a tough and tight competition.

I imagine a lot of people are gonna take these games seriously and would work hard to really develop their skills by practicing regularly and strategizing.

As for what's already here and what's already announced, we're gonna be able to play games like Snake, Flappy Ball (yep you guessed it, it's like flappy bird), and Stacks which is a  Tetris-like kind of game.

And there's more to come for sure -once more and more game developers come in. 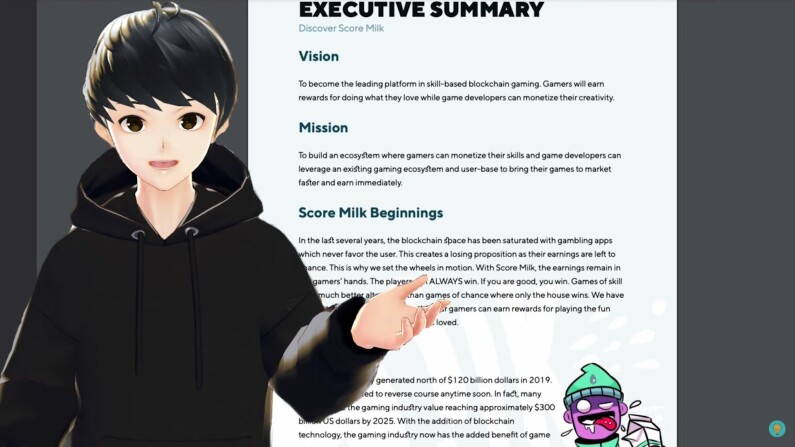 If you read their whitepaper, you'll surely notice how the Dev Team of Score Milk really really hates gambling blockchain games –perhaps they hate gambling in itself.

Well, if we're all going to be honest with ourselves, it is true. And if you follow us on Facebook, you would know that I do share the same idea and outlook when it comes to casino games.

The house always wins. It doesn't matter if it's inside a real casino or an online casino platform.

Gambling is gambling, there's not really much play-to-earn there.

Oh, here's a good one, in gambling games, the more you play the more chances of losing. Not kidding, they said it themselves.

The devs told me that right now, they are still building the foundation of Score Milk and will soon be releasing version 0.5

If you'll look at their Roadmap, which is also available on their website, you'd see that we're still currently right here pushing for Version 0.5 -with all these things listed, soon to come about.

Here, they also show their Burning Mechanism to avoid inflation and keep the economy healthy.

And here is the MILK Token Issuance. 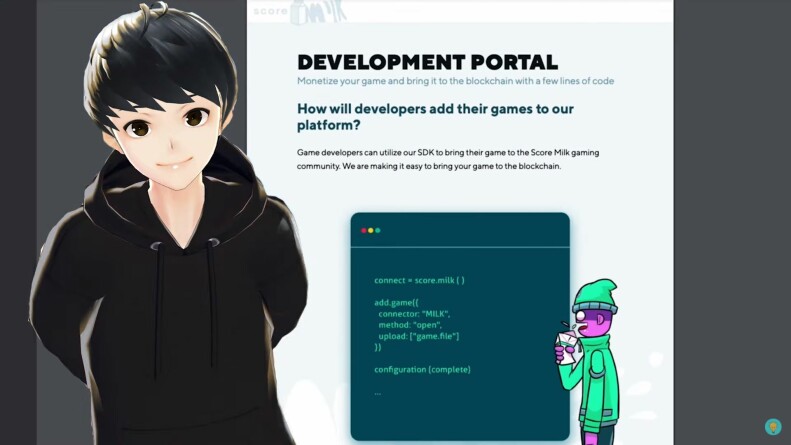 So, how will the game developers be able to join in in the blockchain world and add their games on the Score Milk platform?

Yes, aside from implementing this simple code, there's gonna be a cost.

And let me quote exactly what they said…

"The cost to add a game to Score Milk can be paid by the Developer or Players. Anyone can track the funding of a game and how much is still left to go.

When a game is submitted, it will go through security and quality testing prior to being submitted for funding.

Once the game integration fee is paid, we will launch the game on our platform.

So there you have it. Don't hesitate to get in touch with them and contact them directly if you're interested in putting up the games your developing into the blockchain space.

And that's all for today. You can visit their website and read the Whitepaper for yourself if you want to see more of the details about Score Milk.

For more future updates about Score Milk, and for more content about many other blockchain games, do subscribe to the channel and hit the bell icon to keep posted. 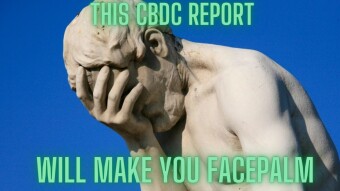 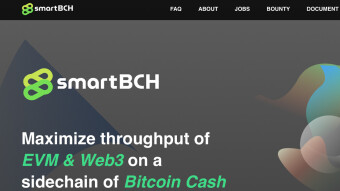