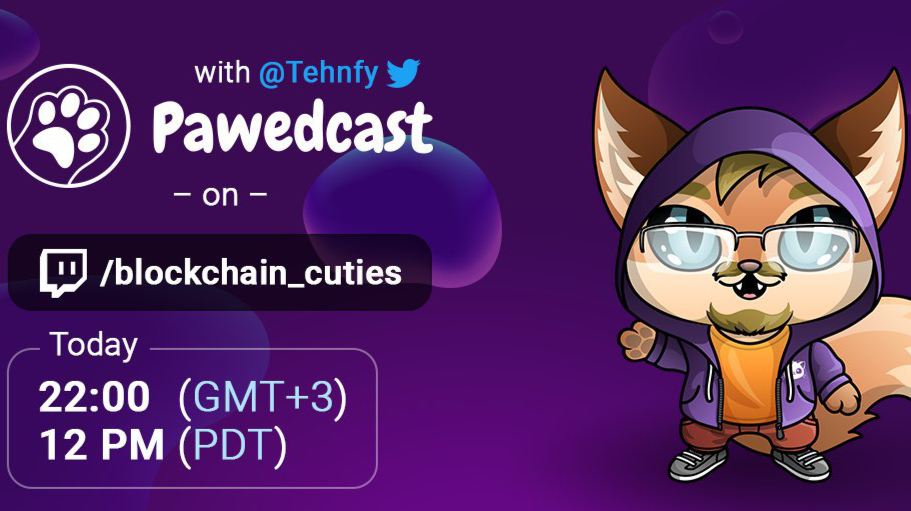 Pawedcast in Print Episode #50: The Tweaks

Cuthos info should come out this week, possibly tomorrow. The cutie is unlockable through the season pass, and there will be for sale as well. However, it'll be approximately 10 ETH, and will grow 10% per purchase, which is commensurate with the other unique cuties. Of course, you craft the cutie, you will need to obtain all of the gems necessary to craft the Cuthos gem.

It's been a little over a year and over 100,000 Ethereum cuties have now been born. A special cutie is being released for the occasion. This is what it looks like. Clearly the cutie is keeping in line with the current theme. 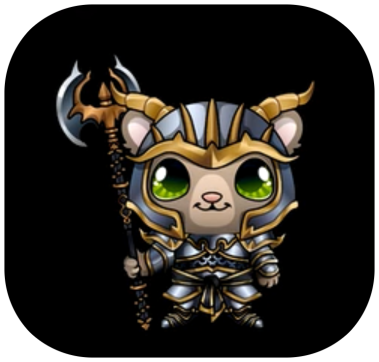 Not all of the achievements have been working when showing, but that has been fixed. Also, buttons that were incorrectly showing that eggs could be sent to adventures has been removed. Overall, some minor cleanup was done. The bug which allowed certain potions to be used during adventuring has been patched as well. Additionally, the bug which left the items showing in the quick slots after the hanger removes items has also been fixed. Plus, account merging is fixed so that there shouldn't be any risk of errors. Finally, wallet popup icons are also fixed and so are email confirmations.

The season pass upgrade function is also in the works, and it should be implemented during the last month of the season: around September 13-14th. The upgrades will give access to the full season pass options. I'd imagine that any of the boxes that have already been obtained will be kept as is. I doubt you'll be able to get new eternal boxes in exchange, because you've already gotten the corrupted ones.

There were some changes in the adventure page layout. Instead of it being landscape images, the adventure selection looks more like streamlined buttons. It does look better and more concise, and it looks more "web 2.0" rather than 1990s style. The change also makes it easier to add more adventures and keep it streamlined. Also, raid updates should be coming, but not until the tavern is getting its update, which is going to take at least another week or two to finish. There might still be a slot with no element attached, but most of the time there will be an element bonus.

Finally, there's some development work done on streamlined equipping, such as selecting multiple cuties and equipping them all with a given item. ETA is at least a month away.

The dev team is working on a new filter system. The actual search options are essentially the same: sort by blockchain, level, and so on. Major benefit however is that the filter doesn't disappear each time you click on an option and it seems to be a little faster. You will also be able to differentiate between standard tributes and special tributes. The goal with the filter system is that it should be more intuitive. The old system was honestly pretty bad, so any improvement will be appreciated.

Tehn covered a little bit of info about the recycler. There are already a number of main features that are already being narrowed down. It's still in the design stage however. He also addressed various ideas that he consolidated, including the idea that for the first third of the upgrade levels, there will be no risk of failure. However, for the next third, if you get a poor roll, instead of going up another level, you might lose a level instead. It does seem like a better option than risking total destruction of the item. And for the final third, there's a chance of destruction. It may also be possible to craft extremely rare items, such as rare components of a set. Tehn used the example of a witch's set.

There is still a lot of work to do because they're trying to make sure that it is a long term solution for market stagnation and item glut, while also balancing the system and making it fair for the majority of players. Another idea is that certain upgrades will require an item to craft, such as a forge hammer, or some consumable item that can be found in the game that then can be used as part of the upgrade process.

Related to the new crafting system, there may be a corrosive adventure. In this kind of adventure, if a cutie goes to it, the durability of one or more of their items decreases. As they degrade, their utility would decrease. But there should be something very useful in the adventure, such as the material needed to craft. But once the item is degraded too much, it can become scrap itself.

The recycler should go through a beta test process, and the BCU team is learning that betas are very important and result in a lot of feedback that can be incorporated into the system before the final release. The beta period is expected to last for about a release before the full release goes live.

Tehn mentioned the https://opensea.io/ conference and that the Wars of Cutieland info should be posted at the end of the month as promised. Also, look into Discord during the weekend and Tehn should have a question of the week posted. If you're the first to answer correctly, you'll get an Enjin cutie, as always.