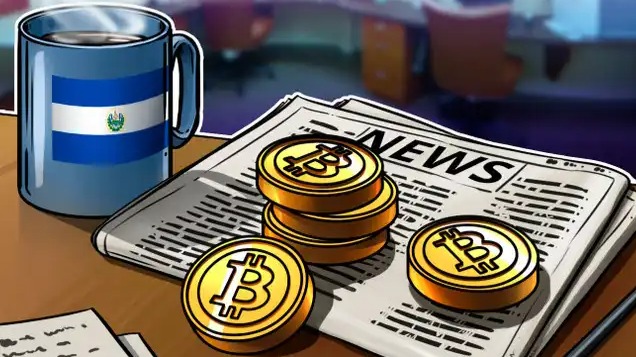 U.S. Senate Set to Vote on "Accountability for Cryptocurrency in El Salvador (ACES) Act" What is it?

Yesterday I wrote about how El Salvador had moved its Bitcoin Bond issuance from mid-March to September. What I had not realized was that the Foreign Relations Committee was holding a Markup. This resulted in this bill being passed through the committee to be voted on by the full US Senate. For those of you who may not be aware, this is how legislation is passed in the US. A bill is proposed and introduced, then it is sent to the committee or committees that deal with the topic matter, and if it clears the committees it heads to whatever chamber it is in for a full vote. With the bill being sent to the Senate for a vote, I decided to look into what the bill would do and if it is as bad as El Salvador President Bukele has made it out to be.

Luckily for me, this bill which you can find here is relatively short and easy to understand. The bill only contains two sections with the second section having five subsections and getting right to the point about what it would do. This year we have seen a ton of proposed legislation and even an Executive Order dealing with cryptocurrency and blockchain technology. For the most part, the purpose of these bills and orders is to learn more by commissioning studies.

Like previous legislation, this bill does just that. If passed by both the House and Senate it would require the Secretary of State to produce and submit a report to the appropriate Congressional committees in 60 days about the adoption of the Government of El Salvador cryptocurrency as legal tender. Reading in-depth all of the different questions that the report would need to answer I am a little confused as to why President Bukele is as outraged as he has led on to believe.

Governments across the world monitor not only their financial systems but that or their neighbors, allies, and adversaries. This allows the government to protect itself and its citizens if an economic issue arises. With the US Dollar being the world reserve currency the US government must monitor what their currency is used for whether they like it or not. Since the government has not passed any legislation to start any of these studies and the Executive Order focused on what department was going to be in charge of what, this bill could be pretty beneficial. It would also allow the US to see what works and does not work in the way that Bitcoin has been adopted in El Salvador.

Now it is not perfect and honestly, no legislation ever is. Since this legislation would investigate BTC people will automatically be upset. However, there are several really good things that they are going to look at some of which are more important to regulators than others. One of the overarching themes is to see how secure and stable the platform is for the El Salvador government but also its citizens. Like most things it also looks into how the system is set up to combat illicit activities and how it does or does not comply with the Financial Action Task Force that the G7 country set up to help prevent money laundering.

Something that people who are pro-crypto will be happy with is that it also looks into how remittances are paid to make sure the money gets there in this system and how it affects the unbanked. The report could show that crypto is good at helping bank the unbanked and that would be a huge positive as it would be a government report stating that it works. How frequently Bitcoin is used in transactions will also be huge information for the government. This bill would allow them to see how well Bitcoin either is accepted or not accepted as an option as a full-blown legal tender. This would allow for appropriate laws and regulations to then be implemented in the US without the government flying blind when drafting and adopting these laws.

The last part of the bill I understand will irritate some people but it is something that probably should be done as a fail-safe. This is a new frontier and like any other frontier, it can run into issues. The bill would instruct the Secretary of State to submit a plan to mitigate any potential risk to the United States financial system posed by the adoption of a cryptocurrency as legal tender in El Salvador and any other country that uses the US Dollar as legal tender. This is not some crazy idea to have because if President Bukele's Bitcoin phone was hacked and the Bitcoin lost it would cause El Salvador's financial system to collapse and this would cause huge issues with the US Dollar. To be safe and really to protect everyone and prevent this from being a cascading issue that swallows up the entire world plans need to be in place just in case.

Now there is no promise that this even passes the Senate and if it does that the House of Representatives would even take it up and look at the bill. If you haven't heard the Senate actually voted to make daylight savings time permanent and stop us from having to adjust our clocks but the House has not even brought up the idea of this bill yet. This goes to show you that each chamber has its priorities and things it wants to be passed first or before others.