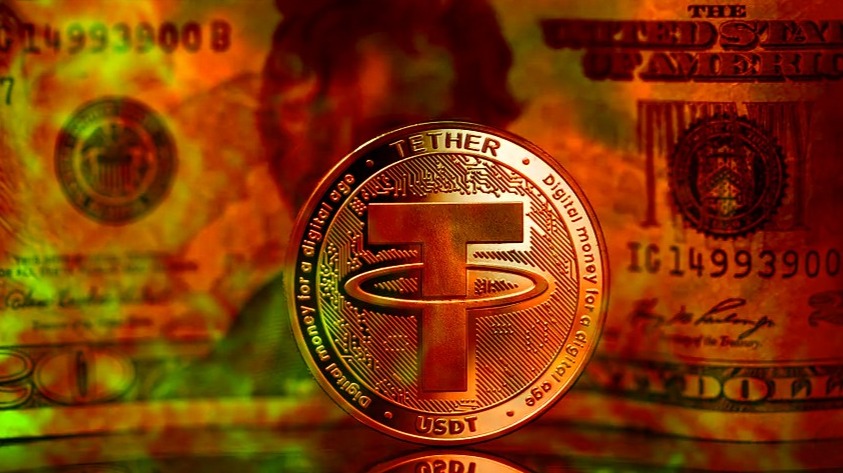 In the End Regulators are Getting What They Wanted....

It has been a years-long battle, crypto vs regulators, David vs Goliath, but now with the market in a crypto blizzard, the decisive battle might have come and gone without much action from either side. For a long time, Bitcoin was promoted as a hedge against inflation and while I think it will end up being this at some point we are not there yet. Making matter worse for the crypto community has been the stablecoin market... which in the last 48 hours has been anything but stable.

Since the start of this year, more governments and regulator bodies have been speaking up and issuing actions to deal with crypto. However, with the market performing well and people making money it was hard to justify to the public throwing a wrench into this industry with regulation. When inflation began to rise it was time for Bitcoin to shine or at least that is what a lot of us hoped but the markets did not share our view. Bitcoin and the rest of the crypto market have come tumbling down and that has caused a myriad of issues for investors and those who work in the industry.

Even with a pullback though or even a crypto winter it was expected that one asset would not change at all. Stablecoins. Sadly, not only has one been knocked completely off its peg but a second one also dipped below the $1 mark.

The first one to fall was Terra Network's UST and it set off a reaction that I have to say has completely bewildered me. Terra Network's token, LUNA, had been a shining star even with the market turbulence this year reaching over $80 at one point. Everyone seemed pretty happy with how the network was working and the team of developers behind it. When their stablecoin was launched it pretty quickly rose the ranks passing up well-known and long-established stablecoins like DAI from Maker.

What led to its downfall was something that was supposed to be its hedge and that was the amount of money invested into Bitcoin. Monday when Bitcoin was absolutely killed and did not bounce back the token, UST, had lost the padding protecting it leading to the coin plummeting to around $0.30 apiece. A failure like this had yet to happen with a token of this scale and rapidly led to LUNA the coin following suit but even worse. Yesterday, when I had last checked LUNA, was down 98% sitting at only a little over $1 a coin and this fall had happened within 24 hours. The sheer amount of wealth that disappeared in a snap was shocking.

Unlike if this happens with a company or a bank where there are protections guaranteed to you both legally and with the government there is no one to turn to for help. Investors and hodlers are left holding an empty bag. With the market overall in such turmoil it is just that much harder to try and attract investors as well and it isn't like with a company where they could put up physical assets as collateral for a loan. It is also safe to say that this further impacted not only LUNA but also every other blockchain as well and its assets from Bitcoin to Ethereum and Chainlink.

Earlier today the second crypto and the largest of them all also bucked its $1 peg. Tether, which already has a controversial history, fell to $0.98-0.99 a token. Both Tether and USDC are centralized stablecoins and have that amount in either cash or cash equivalents behind them. For Tether to get knocked off its peg showed how crazy people had become to get out with what they could. I have previously bashed Tether due to its secret nature and the assets it had to back its stablecoin. At one point Tether was backed by billions in commercial paper which is riskier but the courts and SEC had really gone through this company and did not find anything wrong with its reserves.

Governments and regulators are very likely now to move in and say that they are issuing regulations to protect consumers/investors. While that sounds good on the surface the impact and actual functionality of these protections remains to be seen. This technology and way of generating wealth is something that governments have not run into before and odds are regulations are going to be bumpy and painful at first. At least in the US where we do have members of Congress who have owned crypto for some time now there are people who have been and continue to fight against serious government intervention.

Now that two different stablecoins have been affected and the different types of collateral that they had behind them regulators are going to be foaming at the mouth since they finally have a situation that they can point to across the markets as a whole. As I had previously mentioned Tether, UDST, being affected is a troubling sign since they have collateral behind their coin and they have already passed a series of investigations and requirements issued to them by the US regulators. Even though it can easily be dismissed as a market overreaction that does not really carry weight in the eyes of the rule makers.

Buckle up because I am sure if and when it hits it is going to be brutal to the markets and further disrupt them. Initially, I would expect to see the SEC issue the first salvo of regulations as it will take some time for Congress to pass them. We could see the White House attempt to act but due to the issues facing the country the administration's efforts would be better spent elsewhere. For Congress, though it will face a pretty long road due to a variety of things the biggest is that the conference for the America COMPETES Act, also known as the CHIP Act, and various other names is getting ready to start. The House and Senate could not agree and pass the same technology bill to bring chip manufacturing back to the US among a ton of other technology-involved things so this separate process kicked off today in an attempt to break the gridlock and come up with something.