We should not stick with our current motto - "Our time will come". We are still in the Bull Market and we believe that the marketing team should really work hard to put our beloved token to the pedestal of at least the top 100!

With the kind of technology we offer, we should be placed in the top 10!

We should always stick to these key-factors all the time 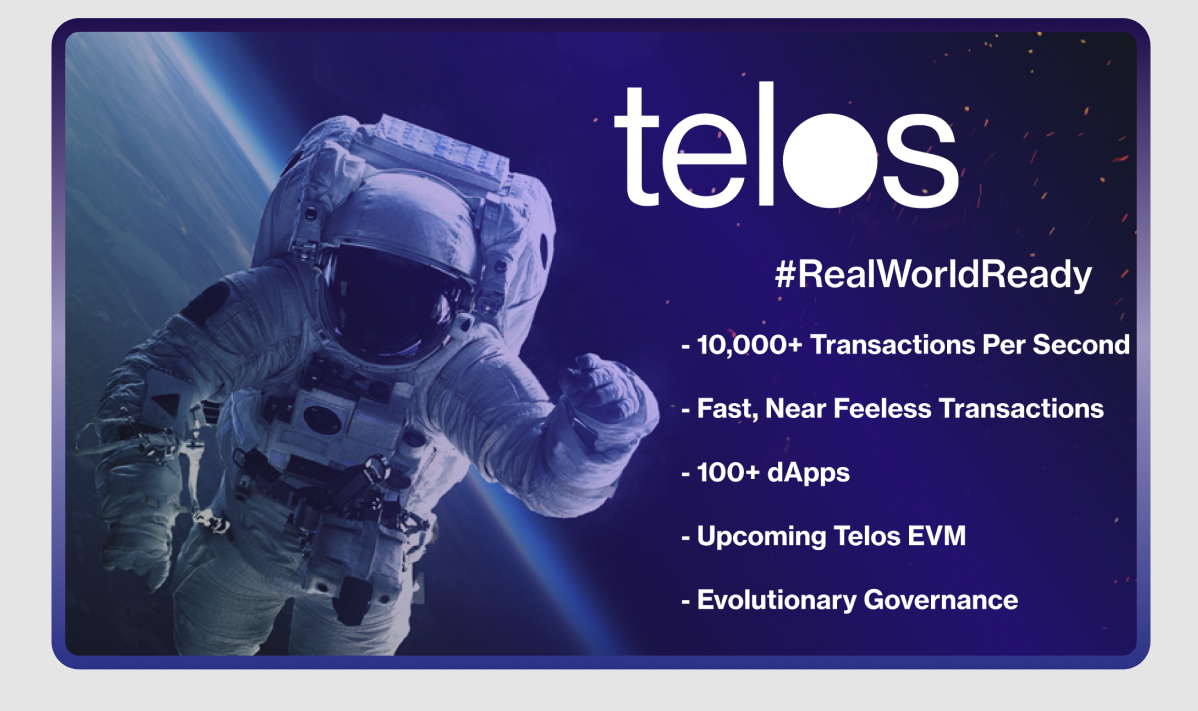 It is a few but could definitely make a difference. Let us all stick to those principles then.

Let's try to compare these chains to the Telos Network. 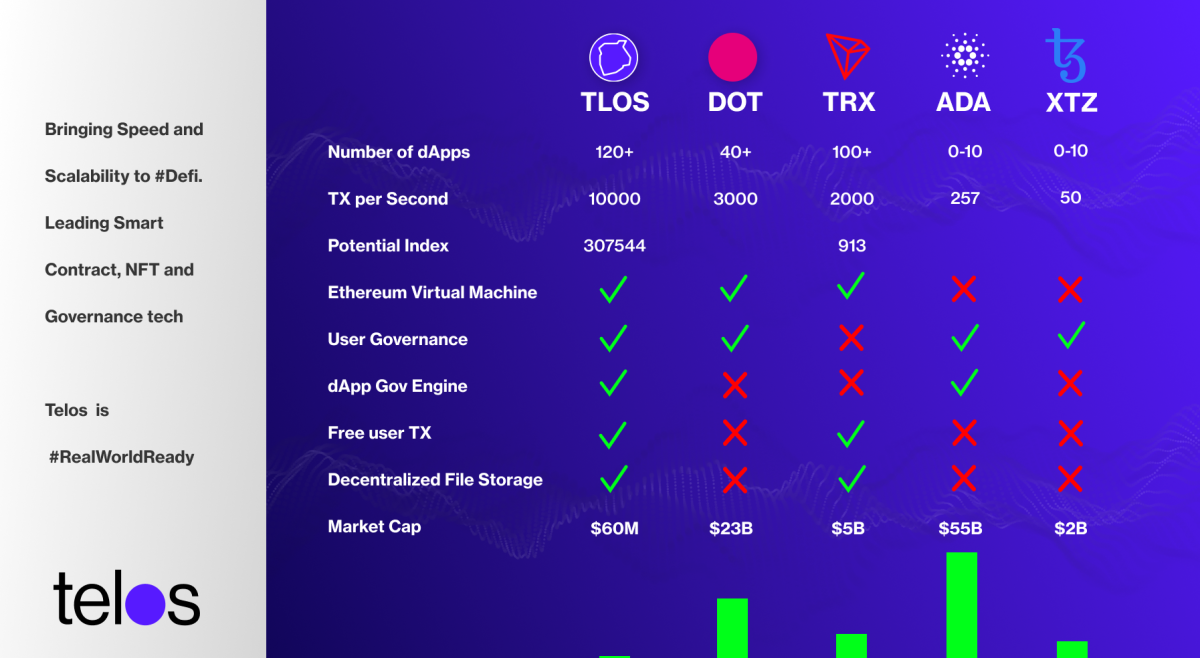 Solana does not have an EVM! With that being said and 85 percent of dapps written in solidity. This puts them in a challenging position. Telos is really well positioned for a quantum leap. Hence the importance of polishing up and addressing our weakest links. We get this snowball to start rolling and it won’t stop.

Solana has fantastic marketing, and lots of VC money behind it. SBF is a fantastic builder in the space, and basically took FTX from nothing to one of the top exchanges in a couple years. He has a strong following on Twitter and other social media.

Solana had a lot of launches on solstarter earlier this year that had alot of attention and those are expected to keep growing. Solana is fast and scalable although I would argue it is likely currently centralized. Not sure whether the tech has really been tested heavily.

What we have in Telos is the passion within the community. That is what will make Telos succeed because we have the governance to course correct as we continue to evolve and rewrite how we operate. 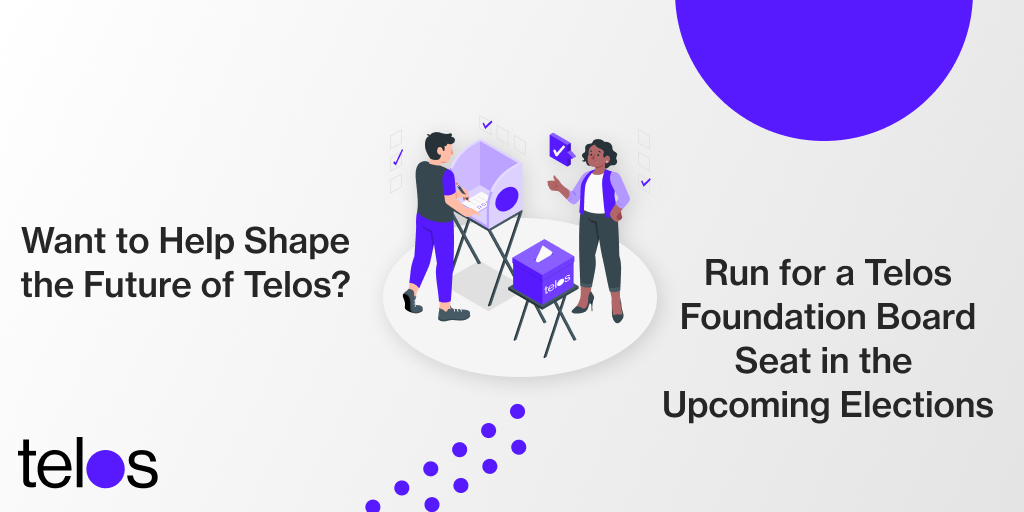 By reading some discussions on Reddit, I was thinking about what makes Solana doing great in the market. I would be interested to hear if anybody knows the answer. They are obviously well-funded which allows them to build whatever they need and list on whichever exchanges they like.

But from a tech perspective they are not better than Telos. 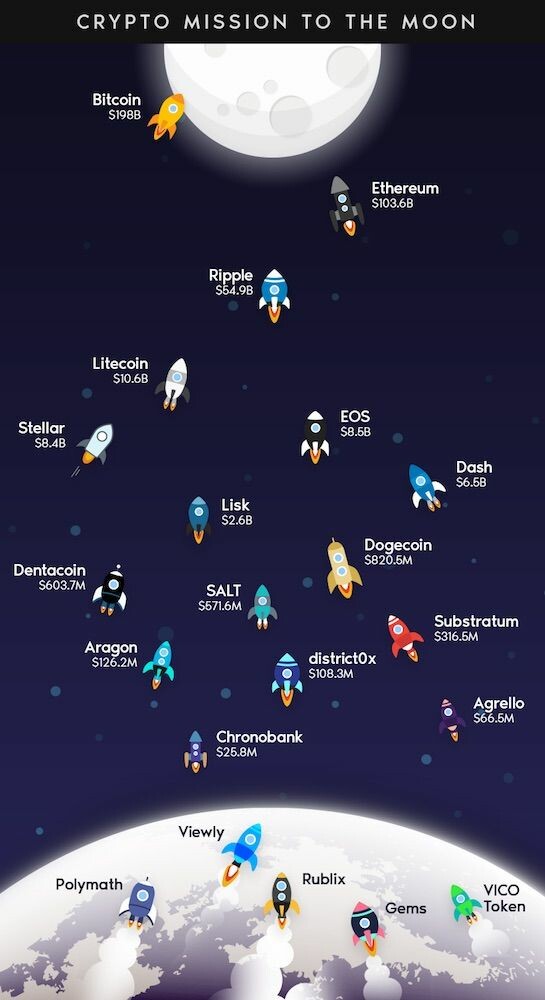 In fact, I believe their smart contracts are built using rust. If that is the case they should have the same challenges as telos using C++. We should actually have an advantage when EVM is launched.

We have tried this before. The problem is Telos is truly decentralized, so we cannot make anyone do anything. We can only enforce things through a vote, and then the vote has to pass, etc.

Telos has 21/42 validator nodes. Solana has many more BUT you have no idea how many of those nodes are owned by one entity. There are string indicators that there are some massive Solana armies. On Telos owning more than one BP (Block-Producer) node is not allowed.

Number of nodes alone is generally a poor indicator of decentralization unless that Number is 1. X% of BP payments being sold - creates sell pressure on market. As price of Telos goes up, BP pay becomes extraordinarily high in real terms.

There would be more analysis of comparison to come. For now, we have focused on Solana. 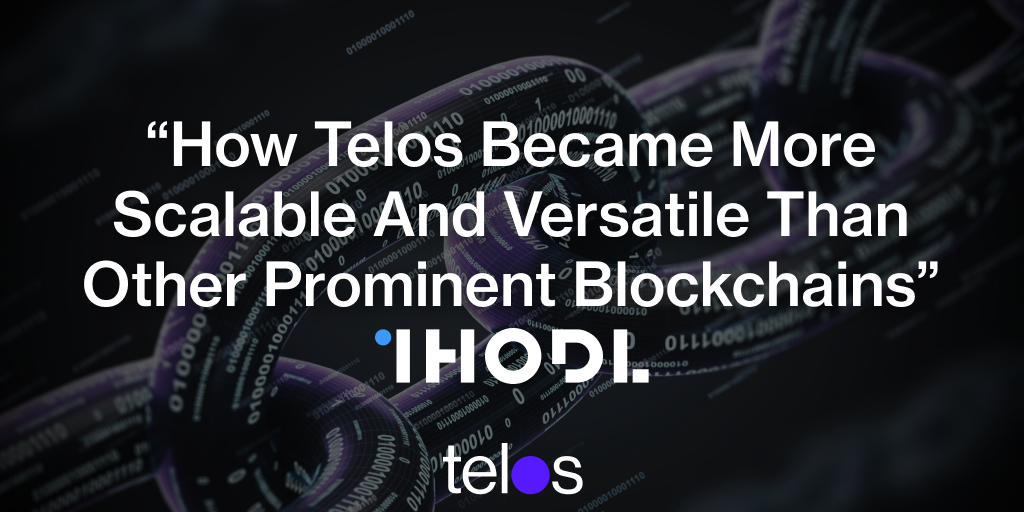 Of the many blockchains on the market today, most of them offer a competitive yet incomplete solution. A different blockchain may be required to build the next-level infrastructure for decentralized finance and dApps. Several lesser-known ecosystems may offer the necessary tools to make that vision come true.

The State Of Top Blockchain Today

When developers look to build new products and services on a blockchain, they will often look for the most prominent options on the market. Blockchain ecosystems such as Polkadot, Cardano, Tezos and even TRON will become of great interest. Every ecosystem has its benefits and drawbacks, although none of them are perfect by design.

Despite receiving numerous upgrades over the years, neither Cardano nor Tezos can process thousands of transactions per second. If any serious developers want to build products and services on these blockchains, they will quickly run into these technical limitations. Raising the transaction throughput can be done through a network upgrade, yet there do not appear to be any on the horizon for either ecosystem.

Moreover, other than TRON, none of the aforementioned blockchains have over 100 working dApps today either. Considering how decentralized applications are among the more exciting developments in the blockchain space, the lack of such offerings can prove problematic. TRON has over 100 dApps, yet its ecosystem is not known for letting users have a say in governance, as there is always a trade-off of sorts.

How Telos Is Different

A different approach is necessary to build a competitive, versatile, and scalable blockchain. Borrowing elements from the ecosystems mentioned above and combining them into a more robust solution can prove beneficial to developers worldwide. Combining a higher transaction throughput with user governance, free user transactions and support for the Ethereum Virtual machine creates a compelling ecosystem for new and advanced developers. 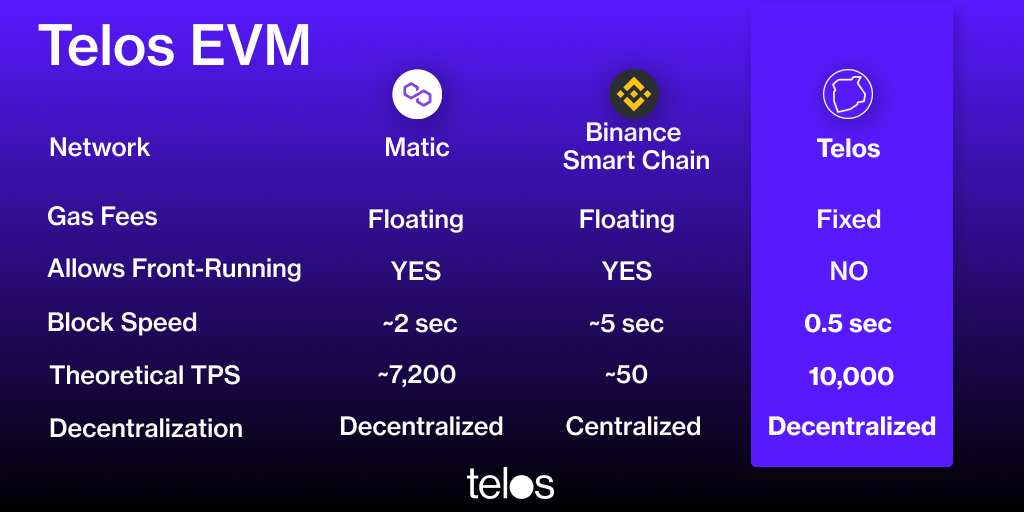 What makes Telos appealing beyond its technical capabilities is the option to peg tokens to this blockchain for fee-less user transactions. More specifically, it is possible to peg Bitcoin, Ethereum or even USDT to this blockchain. Furthermore, the team recently unveiled a bridge to Binance Smart Chain, allowing developers to tap into another major blockchain with DeFi and dApp potential.

With native support for eosio C++ smart contracts, developers can benefit from a higher throughput than other blockchains. Moreover, the eosio infrastructure will soon receive an Ethereum Virtual Machine upgrade, making Telos the first blockchain to achieve this feat. Developers can run any application on the Ethereum blockchain through the TelosEVM to enhance the overall performance and scalability.

In the coming months, the team aims to introduce a decentralized cloud storage solution and zero-knowledge proof transactions for all users to enhance privacy. For blockchains to remain competitive, it is essential to provide many different infrastructure solutions for developers to experiment with. Ranging from privacy to DeFi and everything in between, there are numerous opportunities to explore.

"There is a lot of competition in the blockchain space, yet not all ecosystems receive the same level of attention. Most people only care about the market capitalization of a project to determine whether they want to build applications for it. Although there is merit to that approach, one should never overlook the "undervalued" ecosystems either. There is always something to discover in every blockchain. With ongoing support for interoperability between different blockchains and ecosystems, developers need to find the right building blocks. Having the ability to hook into multiple networks by building one application instead of multiple versions of it creates a compelling argument to explore blockchain ecosystems that may otherwise fly under the radar. It is equally essential to look at which upgrades may be on the horizon, be they privacy-oriented or otherwise."
Jose Rodriguez

Here is another one: 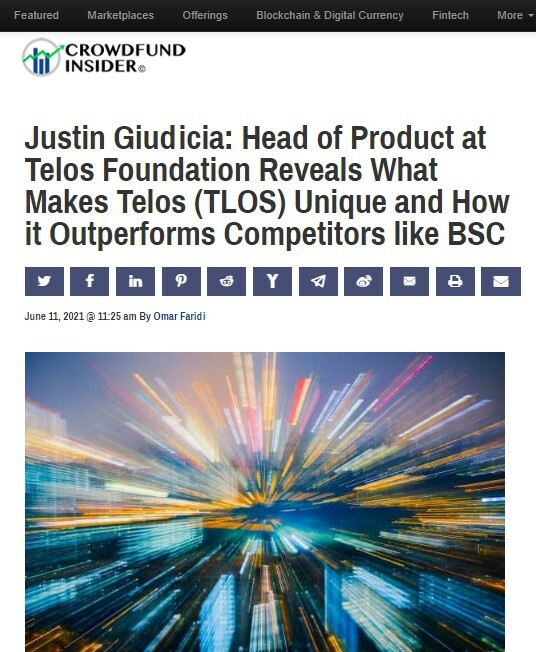 What Makes Telos (TLOS) Unique and How it Outperforms Competitors like BSC?

Crowdfund Insider: You’re offering a fast, scalable decentralized finance (DeFi) solution with Telos.
But it seems that there are now many blockchains providing faster and more scalable alternatives to major blockchains like Ethereum. Please tell us about your project’s unique value proposition.

Justin, the Head of Product at Telos Foundation response:

Yes, there are now a few blockchains that improve on the limited scalability of Ethereum. However none have released solutions matching Telos’ half-second block times, 1c transactions or 10,000 transaction per second capacity, nor remove the ability to be front-run.

To put this in context with the most popular Ethereum alternative BSC, waiting 5 seconds for a transaction to process or paying 20-25c for a transaction might still seem okay vs the $5-$200 fees you see on Ethereum. Or, the $25-$50 fees you can see doing a stock trade or sending an international wire.

But in a digital technology sense that’s the difference between using a fax machine vs using instant messaging or email. The slower more costly technologies eventually die out like the FAX machine has.

To know more of the said interview, please take time to check this post.

We are currently creating how we can make Telos easy for everyone!

With this, we have implemented the Satoshi principle. We can send Bitcoin now with zero fees. 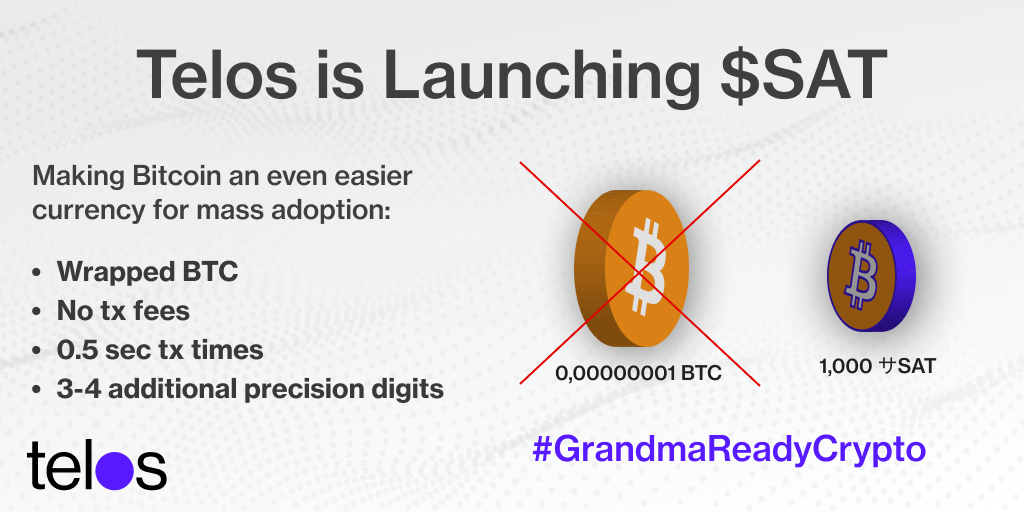 The hottest update is the dStor - Decentralized Cloud Storage

The importance of getting along with Web 3.0 - and dStor is making that happen.

Telos was featured in Investing.Com after Coin-Quora made this topic about our main update trending. 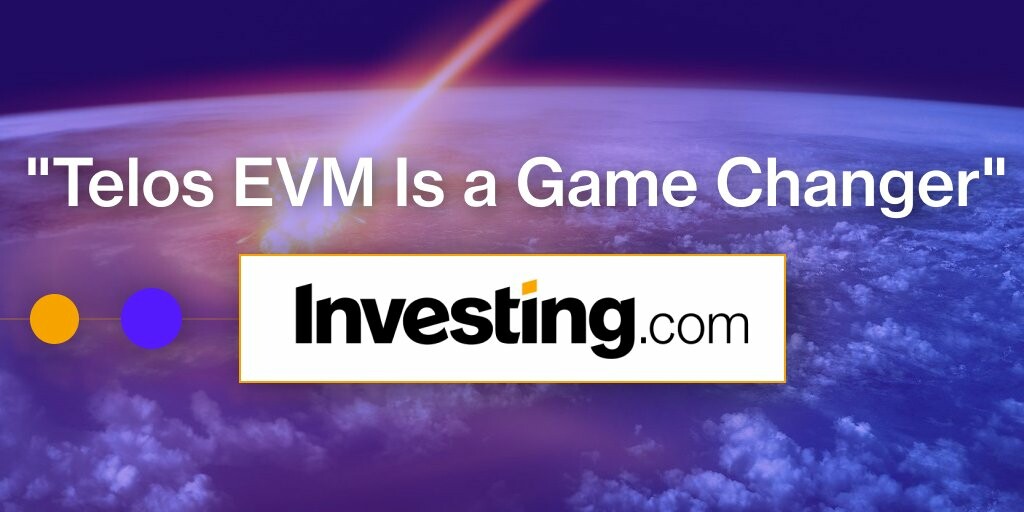 “The government wants to fool you by doubling the minimum wage and at the same time doubling the money printing. If you look at it critically, they haven't solved the problem of escalated poverty, which is why Telos with all of its DeFi projects might be your safe haven.”