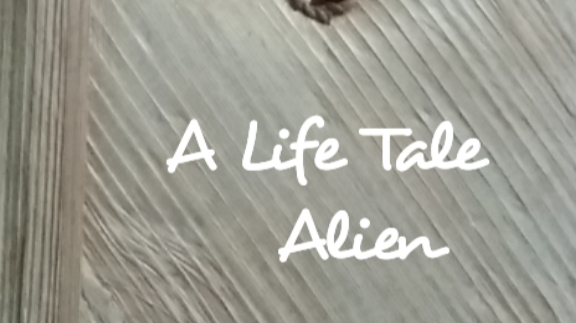 This is a true story. It all happened a long time ago in a land far away. Only a few who know about it are left. They try to forget or are forced to keep their mouth shut.

Once upon a time three tyrants ruled the world.

They had a lot in common. All three wished to conquer the world. One tyrant lived in the South, one in the East and one in the West. They never felt satisfied and started a fight.

It was a good thing for them the world counted plenty of people who fought for them.

"A dead tyrant can not reign", the one in the West said.

How could the others not agree with that?

Who refused fighting waited for a shot in the neck or back. Some people were sent to secret places. A little boy with strange looks called Alien was between them. He took care of a small baby. Both spent years at the secret place and even grew up, which was a real miracle.

As The Fight was over they moved to a small kingdom overseas. It was the kingdom of the _Not Loved Ones_ but not as bad as they thought. All the birds of different feathers gathered there. No one noticed Alien and the teenage girl.

Alien was great in observing and copying behavior. He noticed that the humans liked him because he took care of his sister, a good reason to stay close to her.

Although she was his little sister, her looks were different. She turned out to be a better observer too and had a gift for smelling evil.

It was her who noticed the girl with the porcelain skin and blond hair first, as she came closer she could hardly breathe. She felt the freezing cold and the awful smell the girl spread was breathtaking. Alien was under her spell. No matter what she said or did she could not reach him, he no longer needed her to be seen.

"She is rich, from here and the one for me. You better like her", he warned his sister.

It is hard to like a person who cannot stand you but Alien looked satisfied even happy.

Queenie makes people respect me, Alien thought. With her, he was no longer a nobody in the land of The Not Loved Ones. He agreed with everything she said and did. Sent her letters, walked hours to meet her and just like her he did not like her parents and had a plan for his future.

One day as the younger sister waited for Alien Queenie cursed her and awful acne came all over her body. She cried for pain and help. The last thing she saw was her brother leaving with Icy Queenie.

For a long time, she waited for his return.

Alien and Queenie disappeared and no one knew where to find them.

## I love tales and I am a fairy tale writer.