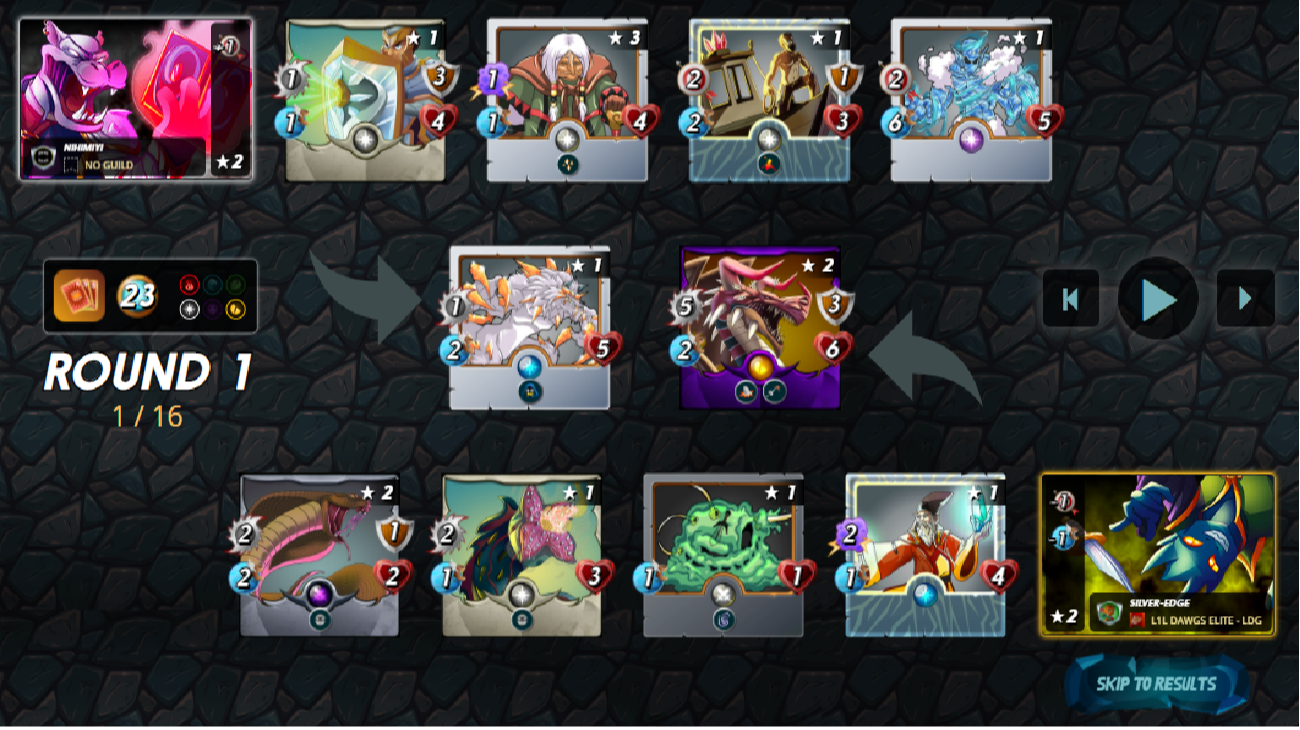 Splinterlands Weekly Battle Challenges - Another week, Another Challenge - This week is Dragons Week!

Dragons are a fun splinter to play as there are some powerful cards and it can have a lot of variety working with each of the different splinters. This variety can lead to having different options that may be unexpected but work well.

Since it's dragon week I decided to pick a battle using Quix the Devious. 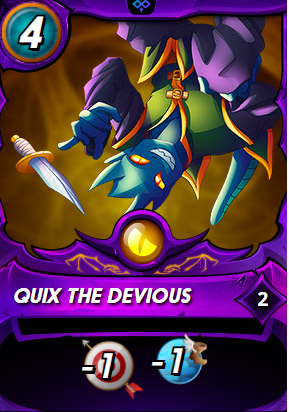 I happen to have Quix at level two so he is a great pick as he allows for use of higher level cards.  I aslo love the way Quix is a pretty hard counter for General Sloan users and the slow is all around awesome for most battles (except reverse speed ones of course!).

My opponent seemed to like life (Sloan) so I had a look at my options and decided to use Quix to give more card options and that this might be a good opportunity to use the powerful Desert Dragon as there was a good chance my opponent would use a number of low life cards. 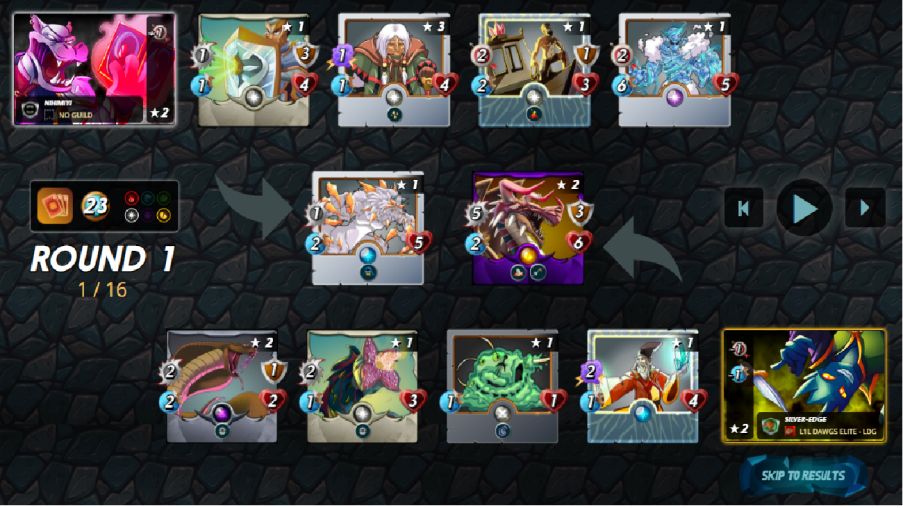 Quix (4) - To allow for dragons, to mitigate Sloan who my opponent seemed to like and for the slow.

Desert Dragon (7) - The main attacker so up front, with Pierce and Trample could be powerful!

Creeping Ooze (1) - with Quix that makes the opponent really slow!

Using the whole cap this team had a powerful frontline attack with some powerful melee sneak attack from the back.  With double slow as well there was a good chance I'd get all my attacks in first, hopefully crippling the enemy early!

And my opponent went with Life and Sloan as expected;

Crystal Werewolf (3) - An ok tank but mostly for the reduced magic damage;

Divine Healer (3) - a levelled one so his healer had one magic attack too;

Air Elemental (5) - for the solid ranged attack working with Sloan.

Also using the whole cap his team relied on some strong ranged attack, had a healer for sustain and the Crystal Werewolf in case I went magic heavy - fortunately for me I was melee heavy for this battle!

Just looking at the line up - I'm looking for Desert Dragon to one-shot the Crystal werewolf and do some big trample damage on the Blinding Reflector.  Once the two tanks are out, Desert Dragon should trample out the rest before any of his ranged attackers can do any significant damage.

Lets see how it plays out:

Turn One - The Air Elemental is so fast even with double slow it goes first but just does some armor damage to the Desert Dragon.  Desert Dragon goes next killing the Crystal Werewolf with ease and reducing the Blinding Reflector to just two life. Apart from the Temple Priest killing the Blinding Reflector, there are no more casualties with the teams just trading some damage (and the Stich Leech missing). 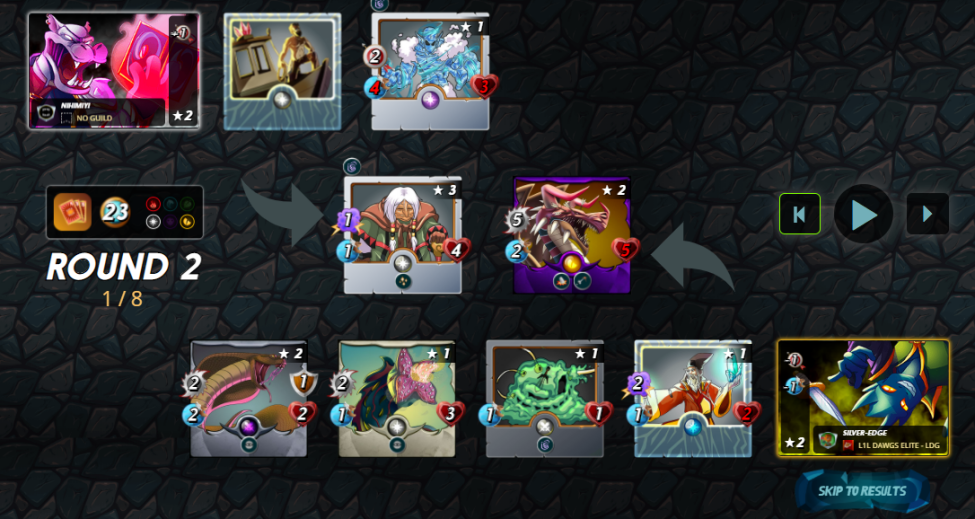 The Air elemental is still in play so manages to damage but not kill the Desert Dragon.  Desert Dragon is quite annoyed at that so decides to eat both the Divine Healer and the Lone Boatman - Trample and Pierce is a great combination.  This just leave the Air Elemental in slot one for the enemy who is easily taken out by the rest of my team.

So an easy two turn battle - a couple of things to note: