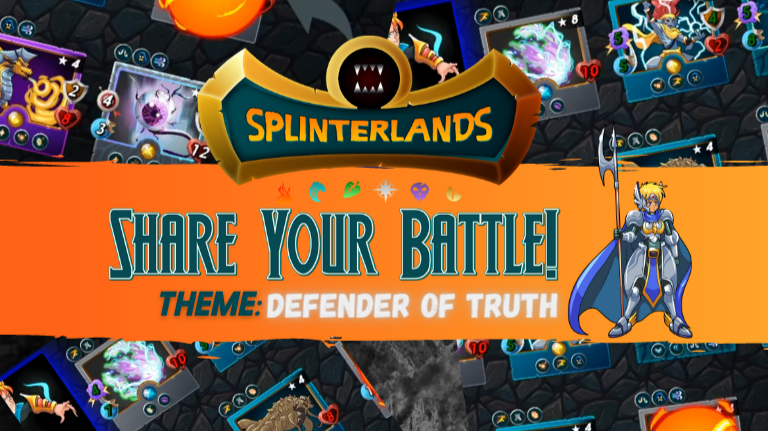 Master of Magic Spells and Illusion, the enemies crumble in fear and confusion!  Defender of Truth,,, Defender........  I wonder if anyone knows where that is paraphrased from! 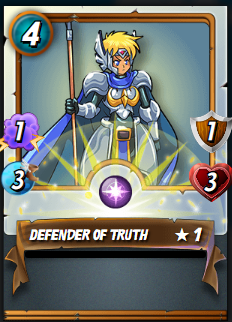 I had to rent this card for the challenge and it's an interesting card at level 1.  It costs four mana, has magic attack (good if you're going magic heavy and combining with other magic cards) but also has some armor and three life meaning it'll survive a shot or two.  Apparently at higher levels it gets the protect ability which would be handy!

- Water, Earth, Life or Dragon only

From a scouting perspective Water was the name of the game for my opposition.  Water (using Alric) would be quite powerful in a little league match as there are quite a few water magic attackers in the four or less mana range and there are not many magic resistant cards at four or less mana - Torhilo NOPE, Djinn Oshannus NOPE, Clay Golem NOPE, Unicorn Mustang NOPE etc.

Since I wanted to do the challenge I was stuck with a life deck.  Often I go with a heal heavy deck for life but Little League makes this harder.  Instead I decided to go for a magic heavy attack with a sacrificial tank in front.

Mother Khala (3) - for the bonus health;

Dwarven Wizard (3) - in second slot for magic attack and the sniper ability to try and get into the enemies low cost magic attackers!;

Defender of Truth (4) - in third slot the magic attack and to protect the other low cost attackers a little.  I probably should have put him before Dwarven Wizard but it was a toss up as he had the same life just the extra armor.

Enchanted Pixie (3) - in fourth slot for the magic attack;

Silvershield Archers (2) - in fifth slot to fill in the team with a ranged sniper attack;

Elven Mystic (4) - in sixth slot to "tank" from the back since it had three life!

This team used the whole cap of 21 mana - It looks risky but knowing theres not really any void ability cards under four mana there wasn't much risk of the low magic attacks being countered.  The basic premise of the team was to just out damage his team and hope the snipe of Dwarven Wizard/Silvershield Archers would take out an attacker or two of the enemy to give me the advantage.  The team was mainly magic as magic doesn't miss and avoids armor.

And the opposition went, as expected with an Alric Water team.

Alric (3) - as summoner for the plus one magic;

Spineback Turtle (4) - in second slot to be the teams tank with its solid six life and two armor. It's attack is just one melee but its there to absorb shots not give out damage!;

Enchanted Pixie (3) - in third slot for the magic attack;

Ice Pixie (2) - in fifth slot for even more magic attack;

Using the whole cap of 21 this is a powerful team in these conditions as it can do eight magic damage a turn (due to Alric) and can cut through small teams like butter.

The big question was going to be did I have enough life to absorb his attacks and kill his team off - so here we go!

Turn One - Defender is fast and takes out the Albatross. Ice Pixie does a shot on the conjurer. Dwarven Wizard kills the Enchanted Pixie - Great as it didn't get a chance to fire! My Mystic and Enchanted pixie chip away at the Spineback Turtle.  His Elven Mystic and Medusa combine to kill off the Conjurer.  The Silvershield Archers take a shot at the Medusa thanks to Snipe and the Spineback turtle finishes the round with a shot on the Dwarven Wizard.  This leaves his tank with four life and two armor and mine, now the Dwarven Wizard with three life.

Turn Three - Defender and Elven Mystic kill the Medusa before it has a chance to take a shot.  The Ice Pixie kills off the Defender but is killed by my Enchanted Pixie who is in turn killed by his Elven Mystic.  The Silvershield archers cant attack (being ranged) and are now my tank with two life.  The opposition just has the Elven Mystic left with three life. It will take three turns for me to kill his mystic, he needs three shots to kill off both the archers and my Mystic - this is going down to the wire and will be determined by a who goes first situation.

Turns four and five - Our respective mystics trade shots and at the end of turn five the archers are gone and his Mystic is left with one life, mine with two.  Whoever goes first on turn six will win.

Turn six - The RNG gods are in my favour and my mystic goes first killing his!  It's a win (to be fair in turn five his mystic went first so fairs fair).

And that's the challenge done - the match could have been easier if the archers had not missed in turn two but this did not prove crucial in the end!  The Defender was a solid magic attacker and mini tank and worked well with the other magic attackers!