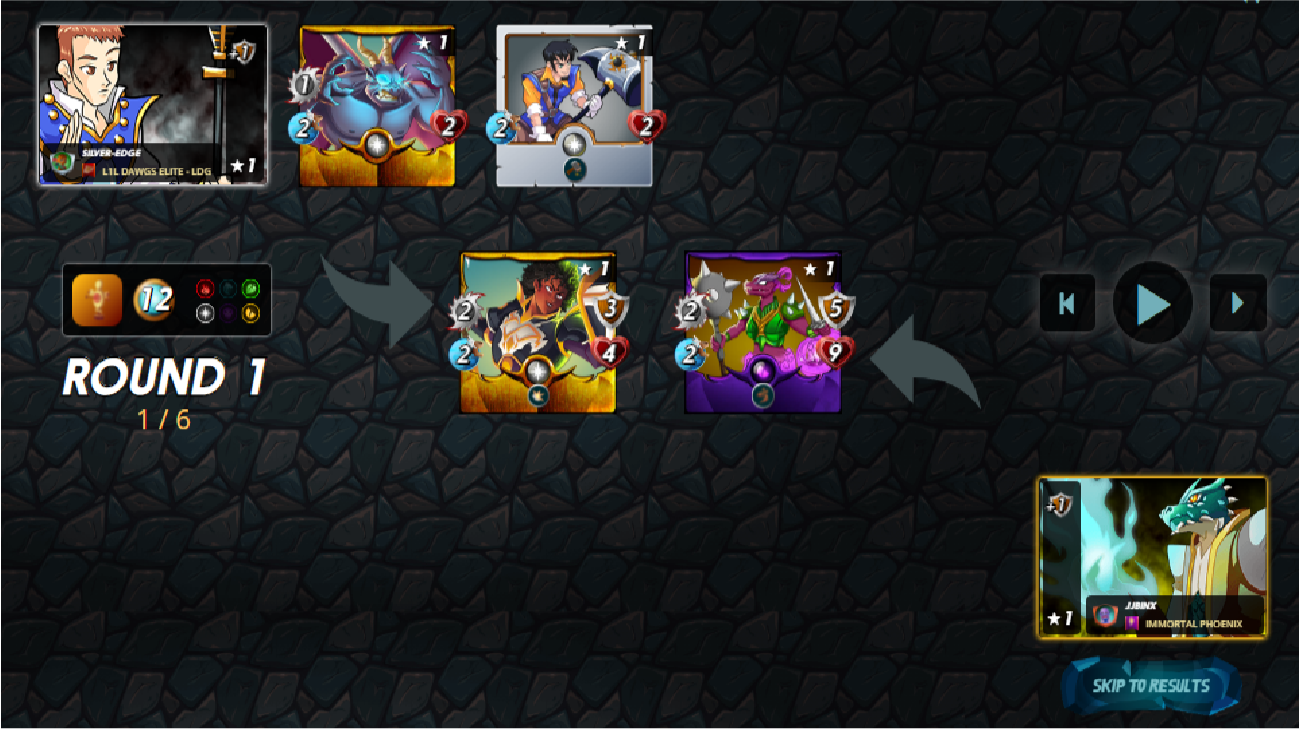 Splinterlands Weekly Battle Challenges - Another week, Another Challenge  - The Chaos Knight - A decent life tank but is often overlooked in favour of the Shieldbearer.

A very handy tank, particularly for lower mana games is the Chaos Knight.  For six mana you get a solid three armor, four life and shield on top. 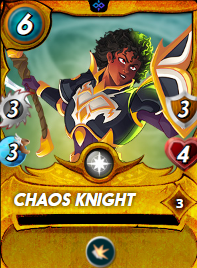 As a bonus for me I have a gold-foil one which is nice.  Long and short of it though is this is a nice tank but often overlooked as a Shieldbearer has taunt and is generally a better tank.

In some cases however you just cant fit a Shieldbearer and so a Chaos Knight can make a great substitute.

- Target Practice - All magic and ranged have the snipe ability;

Low mana games can be tricky as you never know quite what the opposition is going to choose. A single card beast, several mini cards, a tank and support, who knows - all I knew is that I'd try Life and Chaos Knight for the challenge and for my daily quest! 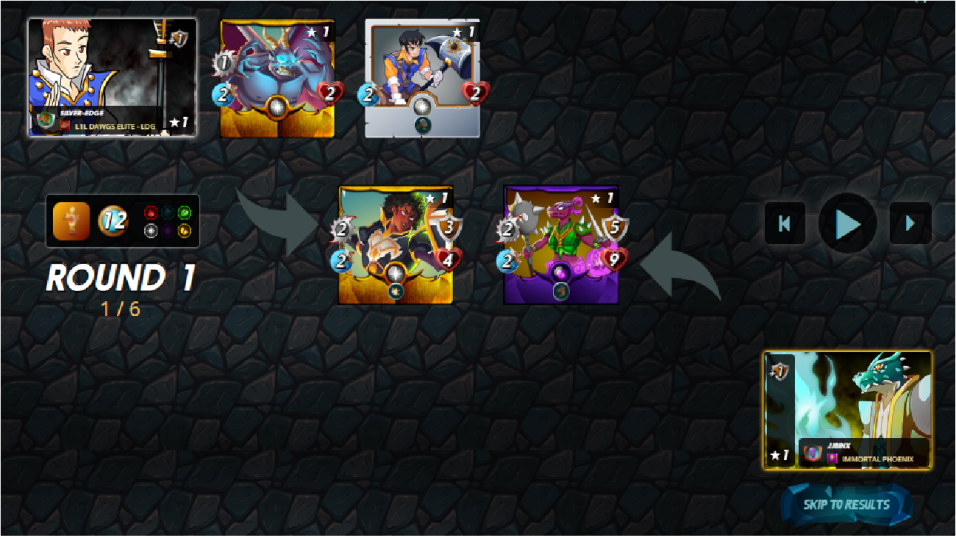 Chaos Knight (6) - up front for the shield bonus and for the overall tankiness.  It's a risk as Chaos Knight could fall fast to magic but if the opponent uses melee or ranged I'll be looking good;

Gargoya Scrapper (1) - to fill out the team and hopefully get a final kill if Chaos Knight goes down;

This team used all 12 of 12 mana and has a solid tank and armor repair.  If the opponent goes with a single non-magic attacker I wont be able to lose due to the armor repair.

And my opponent went with Dragons:

The opponent with a single attacker so I was looking good but wait - Thorns!  So in effect two attackers. Before we see what happens lets make a prediction.

Chaos Knight can do two melee attack a round (scrapper cant do anything till it gets to the front.  This means with Six (including bonus) armor and nine life it will take at least eight turns for Chaos Knight to kill a Djinn Chwala - three to get rid of the armor, five to get rid of nine life.

Djinn Chwala can do two thorns damage (each time Chaos Knight hits) and two melee damage.  On the face of it that is four damage a round,, Armor smith can heal two armor a round so two damage a turn, Chaos Knight dies in four turns.

But wait! - Djinn Chwala is using his thorns ability - Chaos Knight counters with Shield ability - reducing thorns damage to one and melee damage to one - that comes to two and Armorsmith can rectify that!

This should be a win for the Chaos Knight but lets see:

Turn One - Chaos Knight hits Djinn, takes thorns damage.  Djinn hits Chaos Knight.  Armorsmith repairs.  Turn ends so that turn two starts with my team with no damage to speak of and the Djinn with some armor damage; 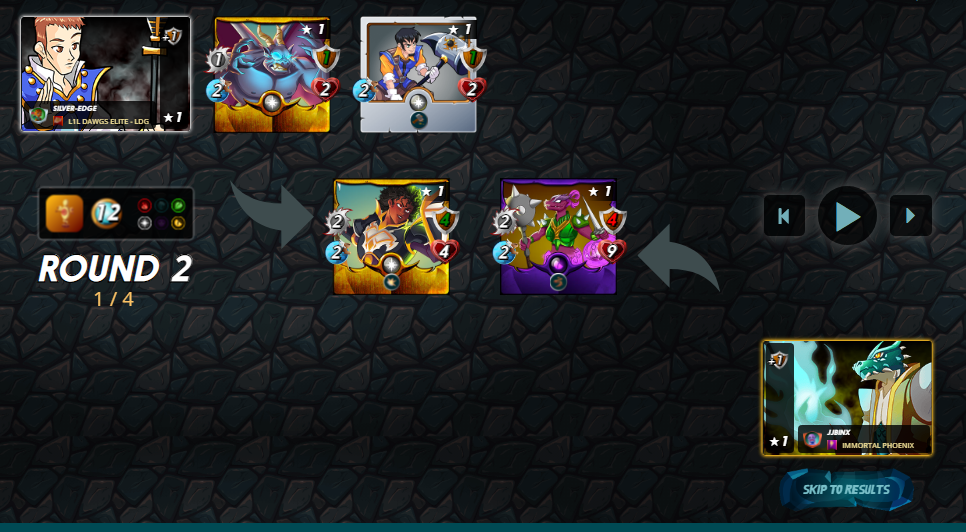 Turn two to seven- Pretty much the same story as turn one - Djinn Chwala keeps getting battered while all the damage on the Chaos Knight is armor damage and gets repaired. This leads to the start of turn eight: 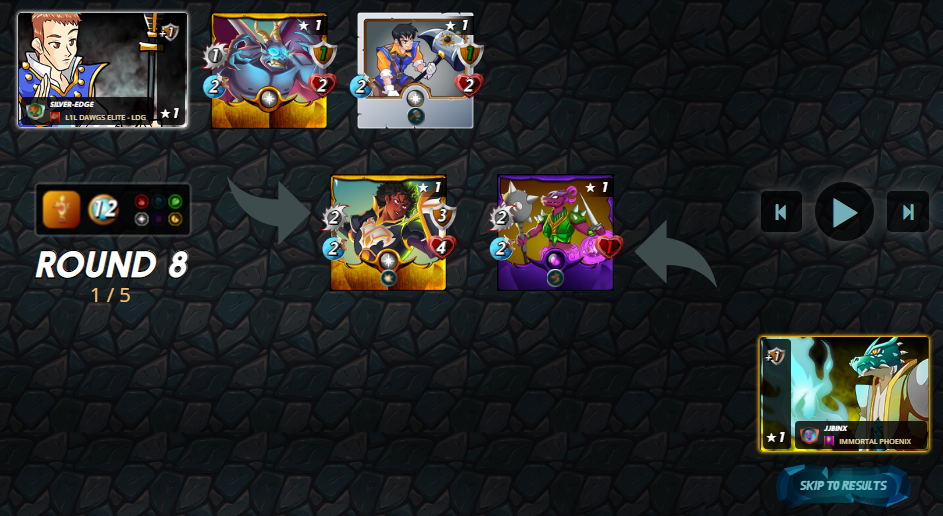 Turn Eight - the coup de grace - Chaos Knight takes out the Djinn with no real damage at all - easy win, just slow!

And that is that, some interesting things to note:

- Armor Repair is awesome if you're not facing magic and there is only one attacker.

- Thorns can turn a match but are blunted by Shield!

- Low cap teams are tricky - if I had chosen to use heal rather than armor I might have been in trouble!