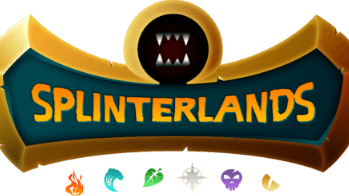 When you're stuck on a Life daily quest, going up against the Alric meta can be challenging - unless you gamble on an anti-magic lineup!

In Battle Library Ten I guess right and defeat an Alric team with an anti-magic life lineup.

- Mana cap of 99 - Pretty much anything goes with this cap!

With a big cap I expected to face a nasty team but the opponent had used Water a lot so I gambled on a anti-magic deck!

Prismatic Energy (8) - in front to reflect some magic attacks and to tank a while with its high nine life.

Crystal Werewolf (3) - decent life to be a third tank but mainly for the silence ability to reduce magic attack!

Venari Crystalsmith (4) - a small ranged attack is handy but the tank heal ability will keep the first three tanks alive for a shot or two!

Djinn Renova (7) - for the two magic attack and the bonus life to the team.

With the first three tanks focussed on mitigating the impact of magic attacks this team is well placed to defend against a magic heavy water team - reflect to take some small magic attackers (i.e. Ice Pixie), reduced magic attack due to Werewolf and a very strong tank in the Golem vs magic attack especially when combined with the tank heal from the crystal smith.  Attack is not too bad too - strong sniper (Sheriff) and two magic from the Djinn.  Should be solid - unless I face a team that doesnt use magic!  This team used 40 mana - could certainly be more powerful if I had bigger cards but you have to work with what you've got!

So what did the opponent go with? An Alric team - picked it!  Not as much magic attack as I expected but my team should do well!

Summoner - Alric (3) - For the plus one to magic attack of course!

Almo Cambio (7) - Immunity to negative effects (not so useful in this match) but mainly for the 12 life to tank with!

Goblin Mech (10) - Another gold foil four star! A lot of armor and life to get through and a powerful attack if it gets to the front line.

Ruler of the Seas (6) - Big magic attack (with Alric) and Blast as well!  A very powerful card.

Prismatic Energy (8) - More magic attack and reflect to counter some of my magic if it came down to it.

Clearly a powerful team, but only uses 44 mana so not much more than mine.  The two four star gold foils are powerful as they add a lot of tanking power as does the Almo Cambio.  Ruler of the seas is particularly nasty with it's blast ability too.  The battle would be an interesting one!

Turn Three - is a repeat of Turn two but it should be noted that the Crystal Smith did miss and his magic attackers all start losing life now their armor is gone due to the Prismatic Energy reflects.  This turn ended with Alma Cambio on four life and Prismatic Energy on eight life - way to go heals!

Turn Four- is again a repeat of the earlier turns but in this turn the Crystal Smith finishes off the Alma Cambio.  Peaceful Giant is his tank now with only two life left thanks to the Sheriffs accurate sniping.  His magic attackers are looking weak too so its looking good for team anti magic!

Turn Five - from an attacking perspective much the same happens for his team all chipping at Prismatic energy.  However, he loses his Wavesmith to Reflect.  In addition Peaceful Giant is killed by the Djinn and the Sheriff takes out the Ruler of the Seas who was vunerable due to snipe and his low life from reflects.  The turn ends with his Goblin Mech and it's intimidating five armor eight life up front while I still have Prismatic Energy with six life. This battle is going well!

Turn Seven - Both prismatic energy's die this turn but this just brings up my Clay Golem to the front who does some big damage to the Goblin Mech. The turn ends with my Clay Golem on nine life, his Mech on just four life - this battle is all but over.

Turn Eight- The Djinn and the Sheriff make short work of the Mech - the Mech did get a shot on the golem but that just left it on five life.  Battle won easily - it took a while but with all of his magic team blunted it was no problem!

The key to victory was definitely all the anti magic negating his Ruler of the Seas for sure.  The Healing of Crystal Smith meant Prismatic Energy survived much of the early battle and the reflects hurt his magic attackers a lot.  All in all a good match!