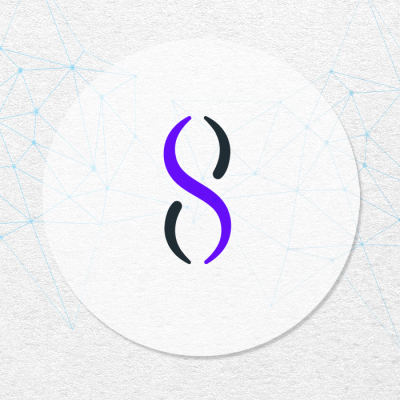 SingularityNET (AGI) is an Artificial Intelligence (AI) marketplace focused project that was founded in 2017 by Ben Goertzel, Cassio Pennachin and Simone Giacomelli. The project attracted a lot of attention after its ICO in 2018 raised roughly $36 million in just 60 seconds.

The SingularityNET platform is a building an AI marketplace where the power of AI, and its creation and distribution, is decentralized and democratic. The team wants to democratize the access of the powerful and emerging AI technology, and they believe that they can do this through the decentralized marketplace.

Wishing to be as blockchain agnostic as possible, the team wishes to minimize the dependence on the Ethereum blockchain and they may even design their own consensus algorithm. Another major feature of the platform is the Daemon, “a sidecar proxy used to communicate with services and the network.” The AI marketplace is the third key element on the network, and is where users can purchase AI services.

The team also places a heavy emphasis on research with the intention of boosting the products and services to strengthen and sustain the long-term capabilities of the network. These research areas include semantic perception, reputation systems, language learning and alternatives to currency-based exchanges.

Progress since the project’s ICO has been swift, with the Beta version 2 of the platform already nearing completion in 2019. Milestones achieved this year include a Software Development Kit, and stability and performance improvements. Current development efforts include SingularityNET Enhancement Proposal (SNEP), a fiat to crypto gateway, a Marketplace DApp and support for additional pricing models.

How do you think artificial intelligence will affect our everyday life in the future? #AITechKanga.

I am not an expert in the field of AI, so I can only express my opinion on its development in the future and a possible transition to AGI, or "superintelligence".   We know that research into the safety of using AI in everyday life is ongoing. At th...

DynaSet: SingularityDAO is the most important DeFi project right now!

The Graph (GRT) A decentralised protocol whose core function is to index and query data from blockchain networks such as Ethereum and IPFS, The Graph makes possible the querying of data that would otherwise be quite cumbersome to query directly. Esse...

While researching one of my many topics I love, artificial intelligence, and how to code or convert existing code to build my own open source AI, I couldn't help but run into Sophia the robot. Famous to the world as the artificially intelligent robot...

I started my Journey into crypto last summer around June-July. After reviewing some crypto projects, 7 months ago I decided to Invest in 5 different projects: My picks were XRP, ADA, Ethereum, VET and LINK. A lot has happened since then and I saw my...

Top 2 altcoins to watch at the moment

Lately I have been research on projects, as I am waiting on the sidelines expecting for prices to fall at low levels, which I believe have potential to grow and are potential holds. Among many projects I am currently looking into, I...

Hello! I’m Aravas! And this is my first post on Publish0x.com, a blogging platform which pays you with crypto and that I discovered thanks to CryptoBitcoinChris! Please be kind enough and follow him! Although that I don’t like talking much about myse...