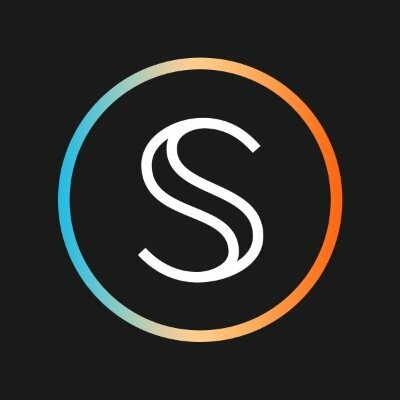 Enigma (ENG) - now Secret Network (SCRT) is a cryptocurrency made by an MIT-bred team of experts and co-founded by Guy Zyskind and Can Kisagun in 2017. It is a decentralized secure computation protocol that aims to solve the problem of privacy of any kind of blockchain computation - not just transactions.

The Enigma protocol hopes to be at the forefront of a decentralized ecosystem of world-changing applications powered by Enigma. It’s setting out to realize this vision by playing an integral role in the protocol layer, platform layer, and application layer. Some of the industries Enigma could potentially reshape include personal data, healthcare and genomics, credit, and the internet-of-things (IoT).

In this tag you can discover Enigma (ENG) news, price prediction, opinion and analysis created by users.

It’s Saturday. I have little to do, so I took the luxury of staying in bed an extra hour, letting my thoughts roam, and lines of poetry, many favorites over the many decades since my youth came to mind. A few brought a tear to my eye. It was a sad...

The crypto market remains unstable. Bitcoin and Ethereum still struggle to regain their value and go back to the prices of before May 12. It seems that all the world’s political events and chaos in the stock market just won’t let digital assets move...

*obligatory not financial advice*   What is StakeEasy? StakeEasy is a platform for liquid staking of the SCRT coin on the Secret Network blockchain. Secret is a smart contract blockchain that has privacy by default and is highly interoperable thanks...

Orbem Wars on Secret Network (with some NFTs for grabs)

This week Domerium Labs which is the company behind Orbem Wars updated their anticipated tower defense game to Alpha version 5, with some improved graphics-sound FXs and bug fixes. Each updates brings new NFTs for the grabs as well, in this play-to-e...

Secret Network (SCRT) Is Stealthily Building Quite the Blockchain!

Enigma Migrates To Secret During the course of 2020, Enigma holders were able to swap their ENG for SCRT on a 1:1 basis. Enigma migrated to its own Cosmos SDK-based chain, Secret Network, which has performed rather well since its inception. With an a...

For more content like this tip me if you can! thank u :)   Ethereum Analysis ETH reject EMA56 again and is now currently on the biggest support EMA500 (2600$), I don't really think we are going to break now maybe ETH will go sideways a couple of days...

TOP TOKENS OF THE DAY #1

Hey guys and gals! Its me Aldeneer with a new blog series, top tokens of the day where I will show you 5 top tokens that I think will not be rugpulled. Also just a reminder, Do Your Own Research and don't buy ANYTHING just because you read a blog pos...

Update on Secret Network SCRT: A Blockchain with Private Smart Contracts and Its Current Scalability Issues

*obligatory not financial advice*   Secret Network is a blockchain that is part of the Cosmos IBC protocol and provides smart contracts with Monero’s level of privacy. If you want to learn more about Secret Network in general then please read my orig...

Now it seems DAO along with DeFi and NFT is one of the recent cryptocurrency trends. There is even an idea, that if your ecosystem doesn't have a DAO or isn't planning to have one - you might be not so competitive in the long term. So what is Secret...