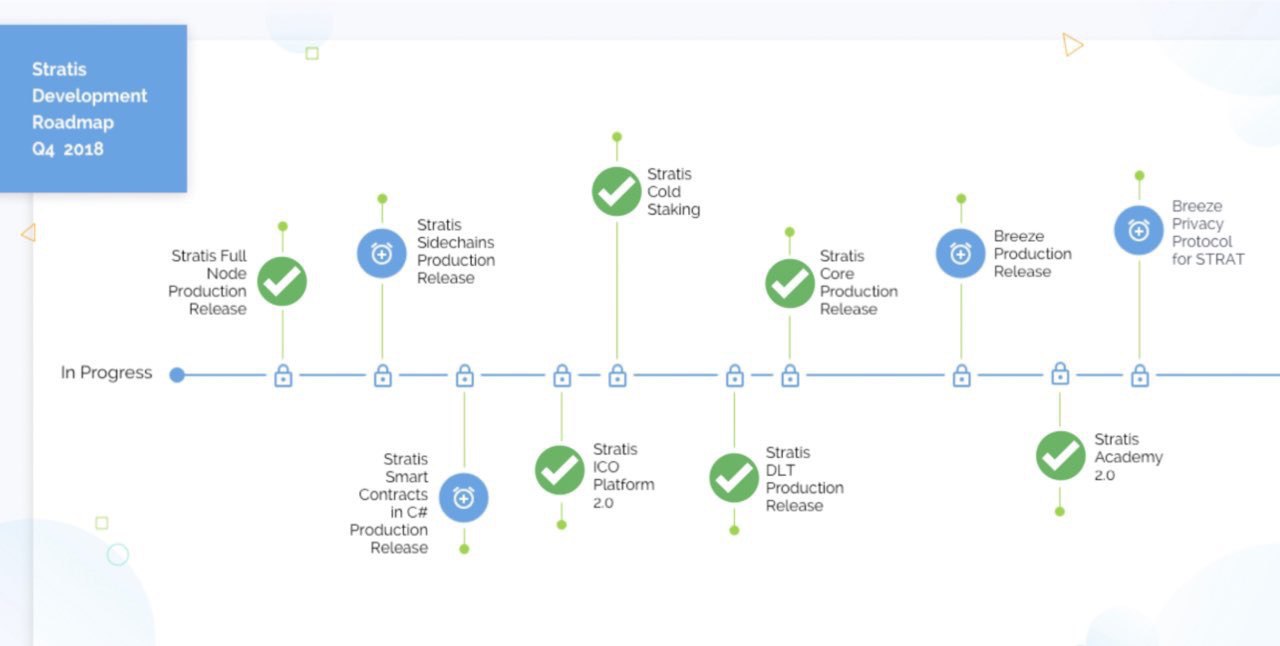 Stratis is one of, if not the only, main stream object-oriented language compatible smart contract.at the moment. Stratis is a development platform to facilitate real world enterprise and financial services. Stratis among others, has succeeded in pairing sidechains and smart contracts, and even though it was a rather aggressive roadmap, the Stratis team was able to deliver full production of eight (8) out of ten (10) fully dated roadmap.

According to Chris Trew, CEO and Founder of Stratis, “Our Q1/Q2 2018 development roadmap was intentionally aggressive in terms of what the team has delivered, with he introduction o important updates to the Stratis platform. The ability to run smart contracts and to provide sidechains opens up a world of potential applications that’s enterprises can build on the Stratis Platform. I look forward to seeing the creative innovations third-party developers will realize”

In December, 2018, Stratis launched the first sidechains including smart contracts, Cirrus. This sidechain has its own token called CRS. The CRS will be pegged to STRATA at a 1.1 ration. Stratis just does it all, right? It is as though the possibilities of Stratis knows no end. Other releases worthy of mention include Stratis Academy, Stratis Cold Staking, Breeze... and a lot more.

The Stratis team rounded the year up by announcing partnerships with MediConnect, Microsoft and UK Meds on the 19th of December, 24th of October, and 5th of September, respectively.

I am a social worker, 27 years of age and female. I love writing and carrying out researches.