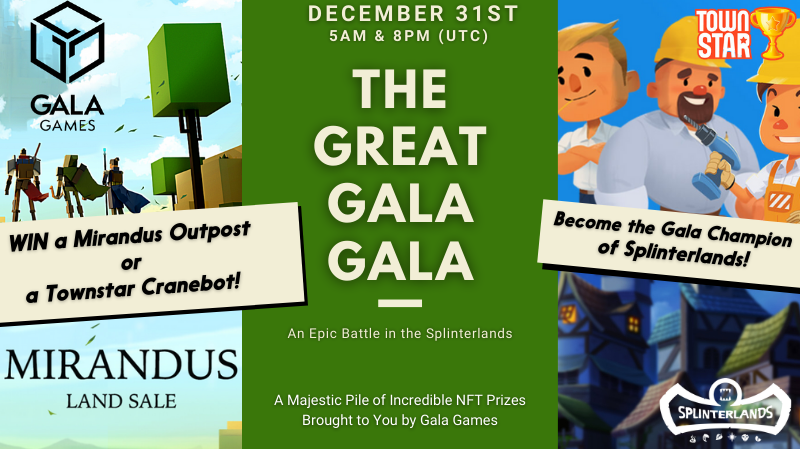 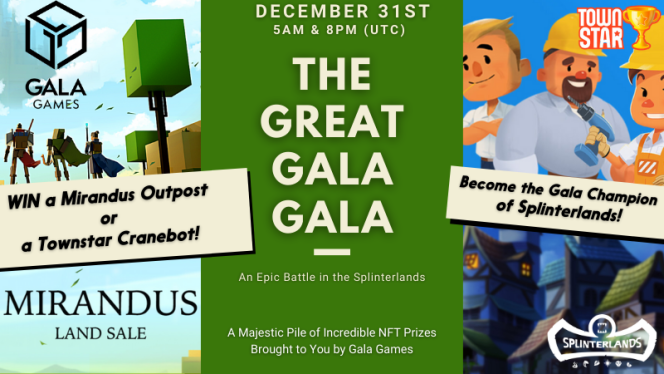 In one of their first joint offerings since the recent partnership of the two companies, Gala Games and Splinterlands are preparing to host a Splinterlands tournament of epic proportions. On December 31st, the Great Gala Gala tournament will take place in two parts, each with high-value NFT prizes provided by Gala Games. The entire tournament will be streamed LIVE by Theta.tv.

Since May 2018 when Splinterlands began, they have continually led the pack in blockchain games in both daily market activity and daily active players. With a strong mission of Playing-to-Earn and giving asset ownership back to the players, Splinterlands has built an incredible community of loyal players, collectors and investors.

Started in early 2020, Gala Games was founded with a strikingly similar Play-to-Earn vision by some of the same names that brought the world smash hits like Farmville, Zynga and Words with Friends. When the two companies inevitably connected, a spark went out to the furthest reaches of the universe, a spark that promises to give power back to the players once and for all.

“We are happy to have Splinterlands as part of the Gala Games Ecosystem, and a place where players can use their $GALA to create a better playing experience. We are building an ecosystem engineered for millions of users, and we know that Splinterlands is going to be an important part of their Gala Experience.” Jason Brink, CMO of Gala Games

The Gala Gala Tournament will be hosted live by members of the Splinterlands team and streamed on multiple platforms with special guest influencers from the blockchain and gaming communities. There will be prizes for spectators and minigames provided by Splinterlands, and the winners of each of the two tournament events will then battle it out for the title of Ultimate Gala Battle Champion at a later date. 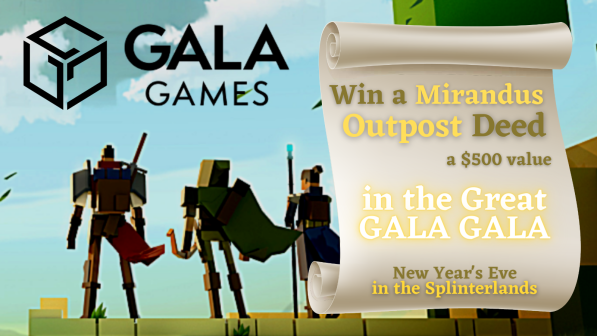 “This is the beginning of a new world of Play-to-Earn gaming tournaments,” says Carrie Allen, Splinterlands Marketing Director. “Welcome to blockchain, Esports. We think you’ll love it here.”

The Great Gala Gala promises to be one of the most exciting and highly publicized tournaments Splinterlands has ever seen, and it will only be the first in what both Splinterlands and Gala Games hope will be a long and prosperous partnership.

The 2 events will take place on December 31st at 5am UTC and 8pm UTC. Check Google for local time zones. Details and requirements for entry into the tournament can be found at THIS LINK. The tournament is powered by Challonge.com 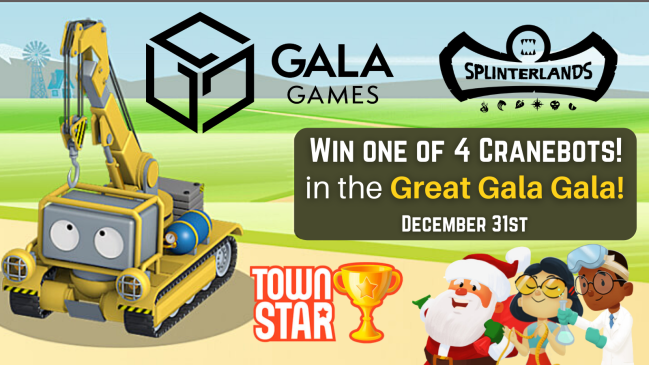