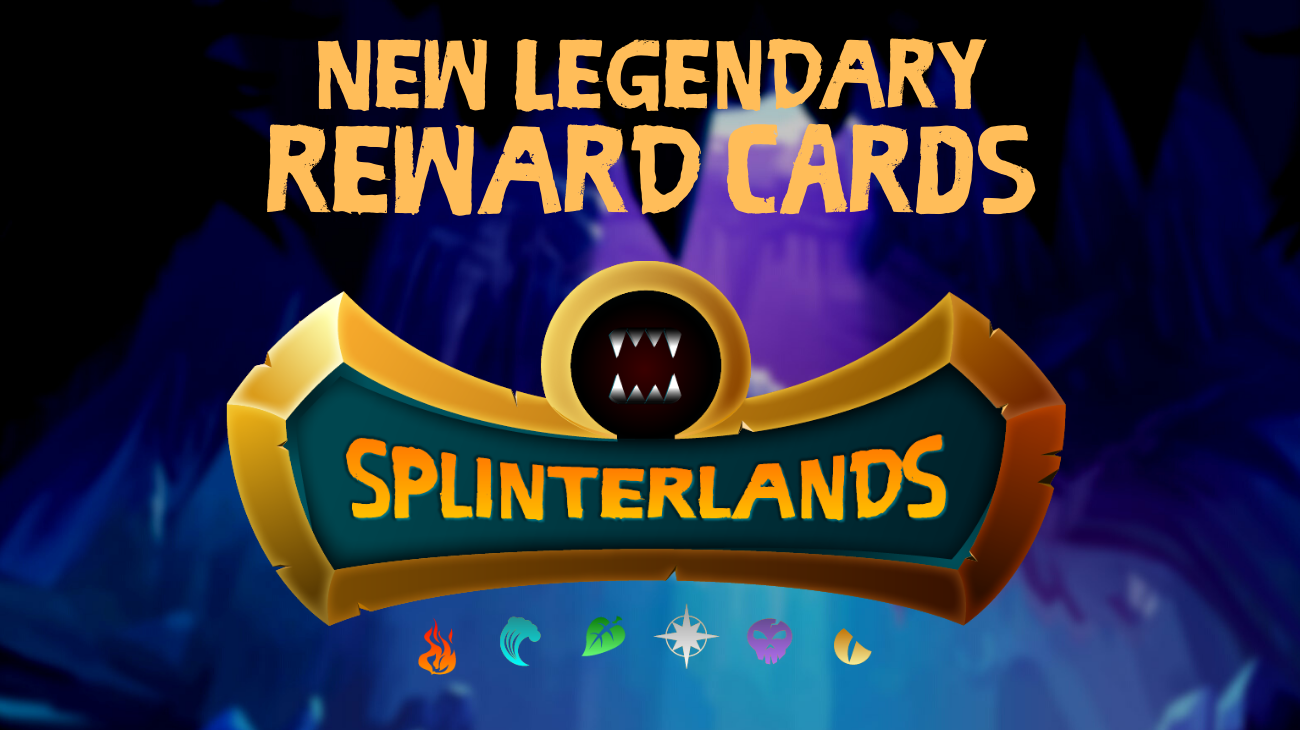 Announced today and hitting the Loot Chests tomorrow (just in time for the end of the season), these 2 new Legendary Splinterlands cards have really got the players talking! One is the first Death Splinter Monster to have the Resurrect ability, and the other is a huge Dragon tank with 5 abilities at max level! Read on to learn more.

Prior to the change to disable the use of potions for opening reward cards (announced here), the Legendary reward cards were hitting their print limit much more quickly than was originally intended or planned. As a result, even though we recently added two new Legendary reward edition cards, we still need to add two more as The Kraken and Zalran Efreet are about to hit their print limits as well.

Now that potions are no longer able to be applied to reward cards, we expect that reward cards will be printed at a more reasonable rate. In the meantime, we are planning to release the following two new Legendary Reward edition cards tomorrow, August 13th:

First up is a new Legendary Monster for the Death Splinter - the Ancient Lich. He is a powerful Magic user with the ability to drain the life from his enemies with the Life Leech ability. He is also able to reduce incoming Magic damage via the Void ability, and most importantly he is able to raise the dead - becoming the first Death Splinter Monster to have the Resurrect ability!

Long before the Splintering, in the ancient world of magic, there lived a greedy King called Kiro the Collector. In those times, the land now known as Mortis was a green and thriving jungle full of an even greater variety of creatures than live in the Jungles of ΛZMΛRÉ today. Deep in the Jungle of Hilopa, Kiro’s palace sat, defended naturally by venomous predators and carnivorous plants. There were at the time two other kingdoms in the jungle realm. The names of those kingdoms have been lost to history, but the three were locked in brutal wars with one another for hundreds of years.

Kiro was the strongest of the three kings that ruled the jungle realm. When his forces attacked, they took not only prisoners, but as many weapons, crafts and wares as they could carry. Kiro was obsessed with bringing home the treasures of those he defeated. He was so obsessed that most of his workforce spent their time constructing crude warehouses and silos to store all the king’s belongings. This is how Kiro became known as the Collector.

When Kiro grew old, he became afraid for his treasures, not knowing who would watch over them when he was gone. He let down his guard and allowed the whispers of one of his attendants to influence his thoughts. The attendant’s name was Vikor. Although Kiro did not know it, Vikor was a leader in dark sorcery of the highest degree. In the last years of King Kiro’s life (at Vikor’s suggestion) he completely gave himself over to the darkness. At this time there were no such thing as Dark Eternals, and the Lord of Darkness had not yet taken his name.

At the side of Kiro’s deathbed, Vikor performed an ancient forbidden ritual of magic. The old greedy king was granted a twisted form of eternal life. He died as normal and his body was set to be cremated on a jungle pyre. Kiro’s flesh burned away, but while the bones remained intact, his body leapt to life and out of the flames. Because of the spells born of dark sorcery and the old king’s greed, he could not die. Kiro felt powerful and immortal, knowing that he could protect his treasures for the rest of time and continue to rule.

Thousands of years later as he wanders the wastelands of Mortis with nothing but his magic, his old bones shudder to think how wrong he was back then.

Next up we have the Robo-Dragon Knight, which is a very strong, high-mana cost Dragon Splinter tank. In addition to his high armor and Piercing melee attack from his powerful lance, he also has an energy shield that protects him from Magic attacks with the Void ability, stops the first attack of any type to hit him with the Divine Shield ability, and reflects Ranged and Magic attacks back at his attacker with the Return Fire and Magic Reflect abilities!

Nothing good came of last year’s GSSC (Gloridax Silvershield Sciences Convention), but when the finest Dragon minds come together with the finest minds of the Order of the Silver Shield, good things rarely do. It is the Gloridax who have made incredible advances in technology, such as robotics, genetic manipulation and physical enhancement. The contributions of the Order have always been more magical, like sacred spells of healing stolen from the Angel Realm.

The Robo Dragon Knight is the perfect fusion of Gloridax power and efficiency with Khymian whimsy and life. The Khymians, by giving the metal beast a soul may have gone too far, for if the Order can distribute souls, can they not also take them away?

We have noticed that many of the questions on our weekly AMAs are related to our roadmap, so we thought it would be good to start including roadmap updates in these posts. Please keep in mind that the dates listed are estimates and are subject to change, as are the items in the roadmap themselves.