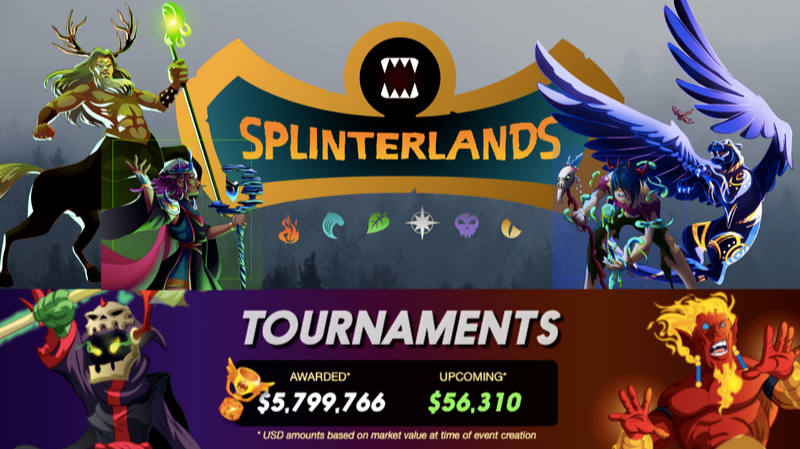 How to earn with Tournaments! After renting out my collection for the past couple of seasons I decided it's time to play again. Since daily ranked rewards are very low at the moment (which will hopefully change with the upcoming Ranked Reward Changes), I decided to test my luck in tournaments.

I'm playing in silver and have a decent Water, Life and Dragon Chaos Legion deck, so Chaos Legion only tournaments were what I was looking for primarily. In order to be truely competitive I rented cards for the Fire, Death and Earth team. I'll go over those down below.

The rentals ran out before I took a screenshot, but I saved them under the Peakmonsters "favorite" tab. I rented maxed copies for silver with a few exceptions like the Fiends, which I only got at level 1. I only ever use Fire when it's Reverse Speed, Melee Mayhem / Melee Only or when there's no other option. That's why I didn't get all the cards, but only a select few I think are strong and work well in these rulesets. If you need to further cut this down, I'd say go with Tarsa, Forgotten One and the Fiend and only use Fire in Reverse Speed (where it's actually better to have the Radiated Brute and Tenyii Striker at level 1).

Again only a select few cards that aren't too expensive as I only play Death for the lack of an alternative. In hindsight I probably should've rented a few more as I lost to a death Deck twice in the last round of 8 in one tournament. Riftwing, Djinn Muirat and Lira the Dark would be good additions. For Earth I rented quite a bit more as it's one of the strongest decks in silver. I do own the Fiend and a Queen Mycelia and because I don't think there's any use for Amplify in Chaos Legion only tournaments at silver level, I went with that level 1 copy. I did very well with this deck and if you need to prioritize, this is definitely at the top. Grund, Venari Scout and Hunter Jarx aren't a must have as you primarily use Earth with magic, but they do add a lot of depth and are quite strong.

I went with these three, but as I mentioned in the intro I own most of the other Dragon and Neutral cards. They're all very useful, but the Desert Dragon has a very specific and limited use case for Melee Mayhem, Super Sneak and Equal Opportunity. For the price of 12.9 DEC you could probably cut it. Legionnaire Alvar at level 1, because level 2 only gives him Giant Killer, which I don't see the need for, as I mainly use it as a tank against magic. Total Rental Cost

That's it for the rentals, coming in at a total of 141 DEC per day. If you want to know how my collection for Water, Life and Dragon looks like, you can check that out via Splinterlands or Peakmonsters.

The very first tournament I finished was the Chaos Clash with Bulldog, where I paced in the top 8, earning 150 DEC and already getting back my rental costs! Not only was this my best performance in terms of placement, but it was also the most fun with Bulldog1205 live streaming the event on the official Splinterlands Twitch Channel, watching and commentating your battle and chatting about stuff.

The second tournament I finished was one of the official Splinterlands tournaments. I got through the first round with 8 wins and 3 losses and even though I didn't do too well in the second round I placed 50th overall, earning 10 SPS. I feel like I definitely could've done better here, though. Top 32 should be realistic for the next time.

The third and last tournament again was one of the official Splinterlands ones, this time with gold league level caps. I did very poorly here, as to be expected when playing against gold decks with silver level cards. I still managed to get a couple of wins and had I done just a little bit better I might have placed top 128, earning 15 SPS - I didn't sadly, but at least I got my entry fee of 3 SPS back.

Battles Here are a couple of battles from the tournaments to give you an impression of how these look like and what strategies I use:

Conclusion As I just wanted to have some fun and play tournaments I was very pleased with the outcome.

Leaving me with a profit of around 7 SPS.

This might not look like a whole lot, but keep in mind I just submitted a couple of teams, which didn't take long and had great fun doing so. Considering most of these tournaments are being held on a weekly basis this offers another nice earning stream. A profit is still a profit.

A couple of tips:

The more cards you already own, the less you have to rent, which increases your potential earnings and if you're one of the more fortunate people that has cards from older sets, there are a lot more tournaments you can enter. If you own very few cards on the other hand or don't have them leveled up yet, there's novice and bronze tournaments as well. The rental costs for lower level cards is always lower, but so are the rewards in these tournaments.

Overall I think tournaments present a fantastic way of having fun and competing for some really good prizes, with minimal risk due to often getting at least the entry fee back.

You will need a certain amount of SPS staked to enter most of these tournaments, so consider investing some of your funds into SPS. 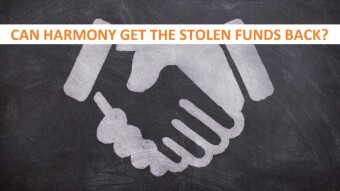