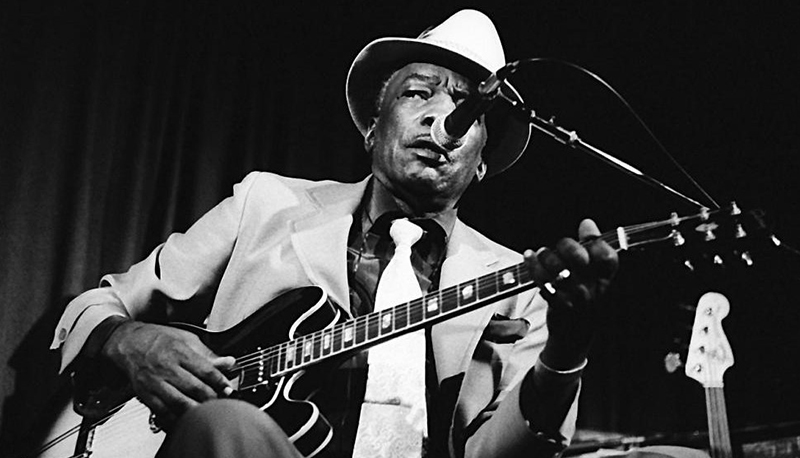 The King of Boogie John Lee Hooker in his live footage of Boom Boom in 1966. Enjoy it. Wishing you all a peaceful day! :0)

About the photography on the footer..
The guy at the right side is a 30 years old very good friend "Pat". The shot is taken in december 2013 during the rehearsals for a blues concert.

1991..
At this early moment, Pat and some well known musiscians around here were working to play a gig for a big rock festival with a band called "The Ephemeres".. But one of them leaved the project. So they came to me asking if I would sing the songs and play some guitar with them to be able to play this rock concert. I said: "Well, I have no experience playing in a rock band on stage, guys. And the songs, what songs, how many?". The drumer came to me and said me "You can do it, juan, I believe in you. You got these big balls! And the feeling to". "Ok, Let's do it!" I said. My responsibility to know how to sing and play these songs a few days later. They gave me the lyrics, a few song chords, and we done a 2 hours rehearsal the next saturday.

You know what?
It's one of the best memories of my life. We played and we killed it all! The audience was conquered and we had to return to the stage replay some titles, ending on a big Jam with a lot of people. These bastards did not tell me they were the headliner of the opening night of this great rock festival at Fort L'écluse. Now, every time we meet, we laugh again.

We all keeped this good memories of this very good concert we done this night. And this great moment followed us all our life. Because it allowed us to meet a multitude of times on stage. Having the confidence and camaraderie to do the things for pleasure. To love doing it. Just because of the music. Pure pleasure.

May be I will share some new music tomorrow. We'll see..
Thank you for all your support! :0)

Preparing "The Winter Blues Session" in 2013 - Joking at rehearsal