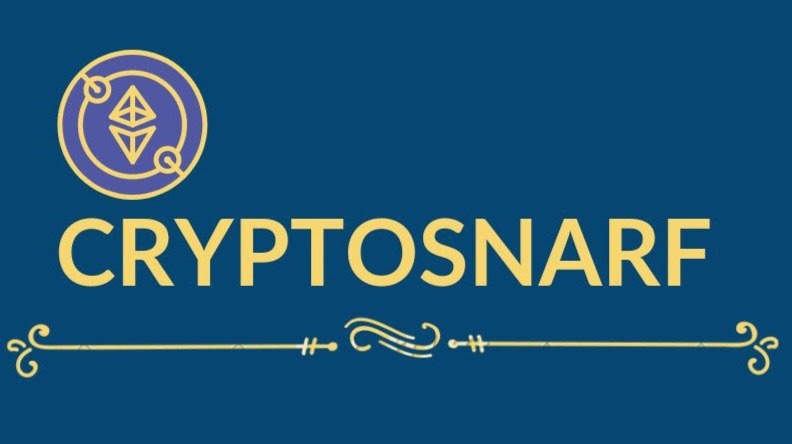 Okay one month isn't even that long. In fact it was 30 days, so that's shorter than some actual months anyway. So I shouldn't act like a month was a long time to wait for this...

You all know I use NEXO to hold my BCH earnings. Within the NEXO platform my BCH earns 4% for me. But I also have the choice to lock funds up for an extended period of time to earn an extra boost on my earnings. The boost would bump my rate to 5% but I would lose the ability to touch my funds.

Each time you start a Fixed-Term position, it lasts for 30 days. So measuring it by a month was the best comparison, even though I started my term in the middle of March. If it begins to bug me enough, I maybe just have to wait a week or so and just start a fresh one on the 1st of a month.

For my first fixed term position, I began on March 20th and held them at 5% interest until April 20th. Unlike the normal interest bearing account, the interest is all paid at the end instead of daily. Some people night prefer the daily compounding and flexibility, but for me, I don't need access to these funds quickly so kicking them up for a better return is fine by me. 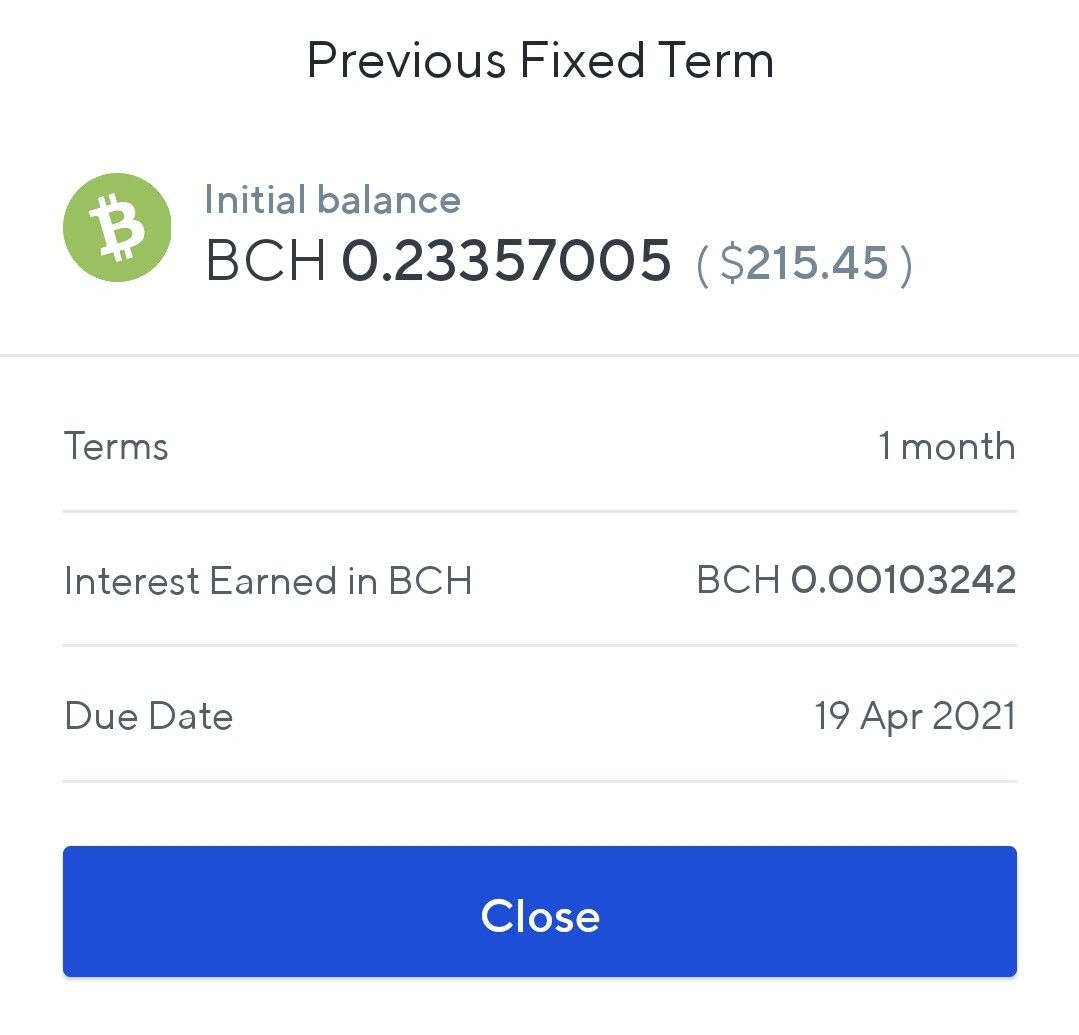 You can see how much BCH was locked up initially and how much interest was paid out at the end. It's fun to keep track of these statistics because I have a feeling that going back and comparing all my different fixed term positions will be fun. Just for the fact that I will be able to visualize how the growth is working.

My next fixed term will be up on May 20th which means that I started this new position almost instantly after I found out my first one had ended. The cool thing is that if I really wanted I could have these things auto renew themselves. However, I turn that feature off because my normal interest account is still collecting BCH as well. So when the time to renew comes, I'd rather do it manually so I can capture ALL my current BCH and not just that of the position that keeps getting locked away. 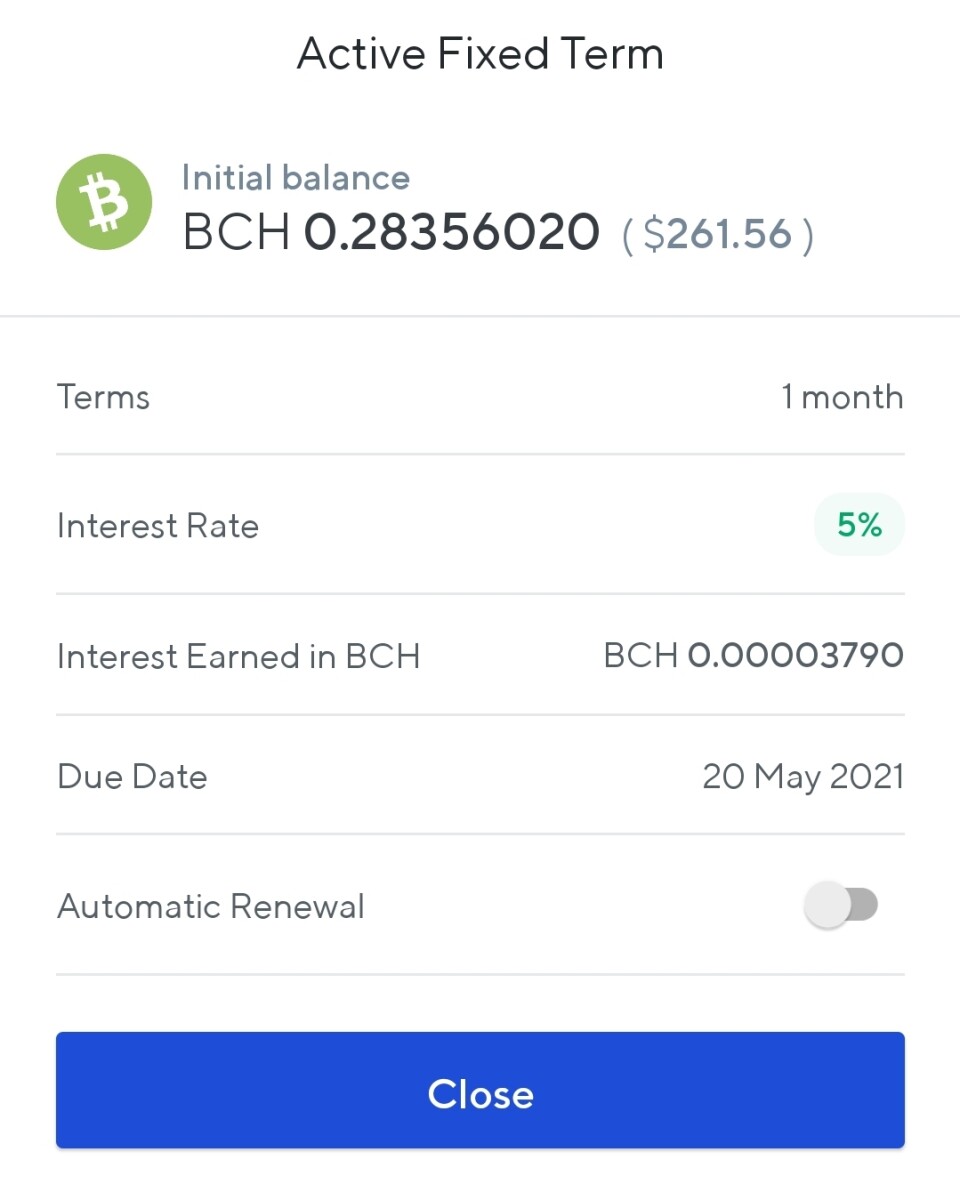 To better understand what I mean, just think that I am constantly earning micro bits of BCH and they are going into the 4% account. So that account can still grow and earn that rate of interest. However, the fixed term cannot earn more BCH except at the end from all the interest accrued. The amount of BCH I get in the 4% account within a month is a decent chunk, so it is worth combining and then throwing back into the 5% account when I get the chances too! 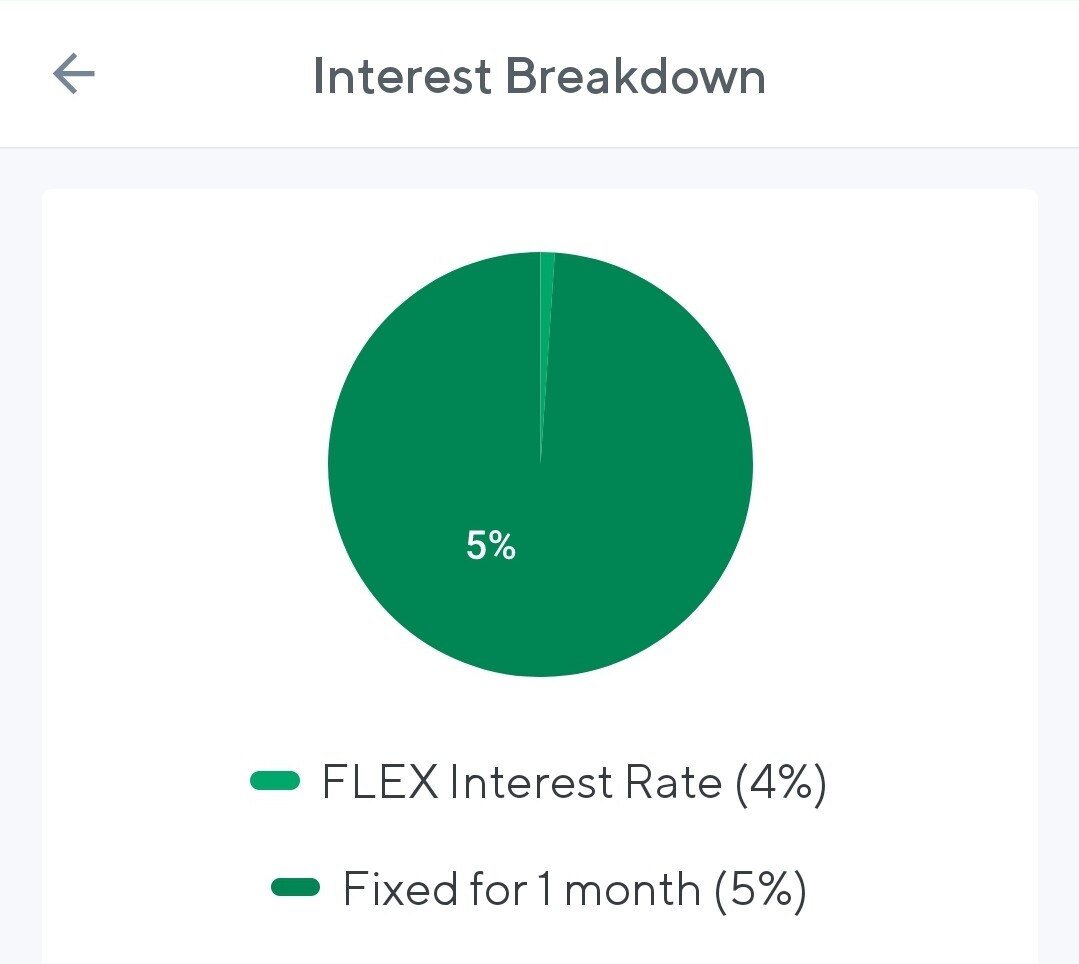 My source of BCH has changed their rules a bit and I am wondering if it will affect my strategy on this at all. In the mean time I will continue to try and earn as much as I can until I can finally say that I have "made" myself 1 whole BCH. 😊