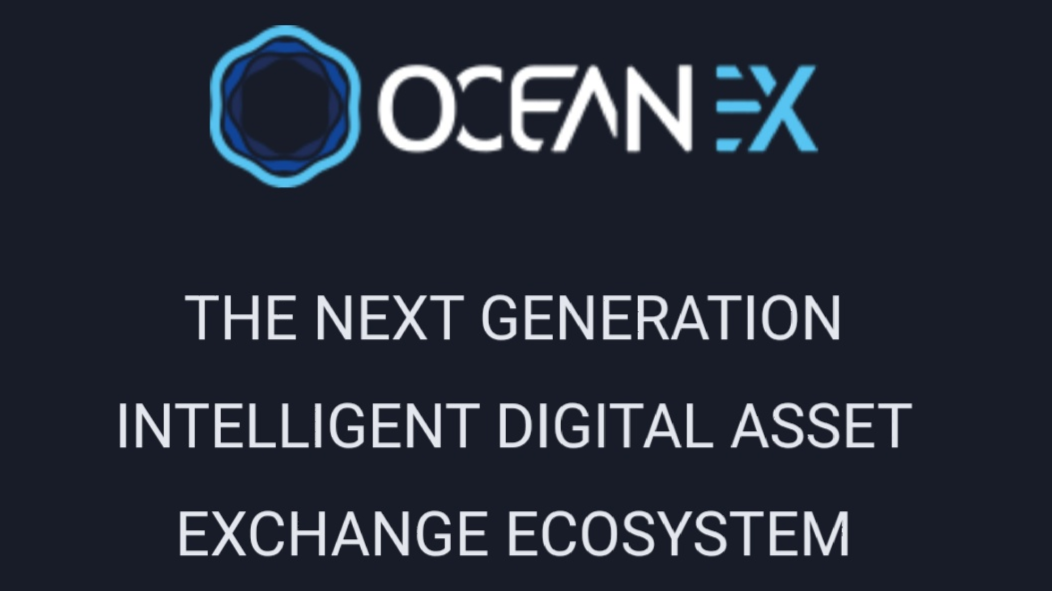 OceanEx Exchange: Is it Worth it?

Why I Don't Recommend OceanEx. 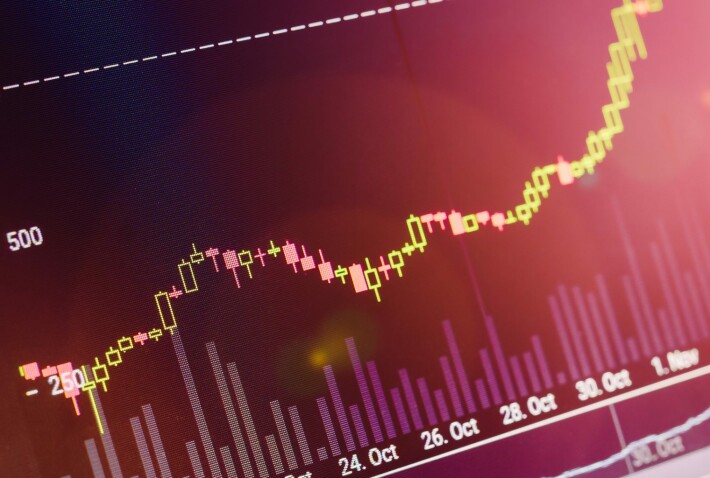 My NEW number one rule when using an exchange?

Do they have clear coin ticker descriptions?

Do they make the information readily available? Or do they make it impossible to find?

There is no better way to get ripped off by an exchange then to assume the ticker they have listed is the correct TICKER for the actual coin you are looking for.

You can come across a ticker on almost any exchange for a well known coin or maybe a coin you are interested in, buy it and then find out that it isn't the same coin you wanted.

Believe it or not, this is a very common problem on many low-end exchanges.

Some do it purposefully and some just don't really care enough to display information about the coin ticker.

They will happily take your BTC or exchange currency for a shitcoin and then blame you for being unaware of the coin ticker's description.

Many exchanges actually make the information hard to find and will take your money without paying you back for their misrepresentation, after you withdraw to a wallet that the coin doesn't belong to and lose it all.

OceanEx is one poorly run exchange and I would recommend staying clear of their system.

I had to learn my lesson the hard way and now I would like to help others before someone else gets caught on this exchange and loses their coin.

OceanEx had PLA listed in their Market and after having looked into PLA just recently, I thought their deal looked great, so I jumped on OceanEx and bought 34000 PLA.

Then I withdrew it to my TRUST wallet under the ticker PLA. Only to find out that the PLA they were selling wasn't the PLA I wanted.

The coin never arrived, so I wrote support. Their copy paste reply told me I just made a huge mistake using their platform.

What kind of exchange does this?

Selling a coin that has multiple tickers just like it, with no open description? This just invites issues and problems. A smart exchange would place the actual coin name out in the open for you to see, instead of hiding it behind a tiny little click button.

After I attempted to explain the issue, and asked why they didn't have a description for the coin, they sent me this as a reply. 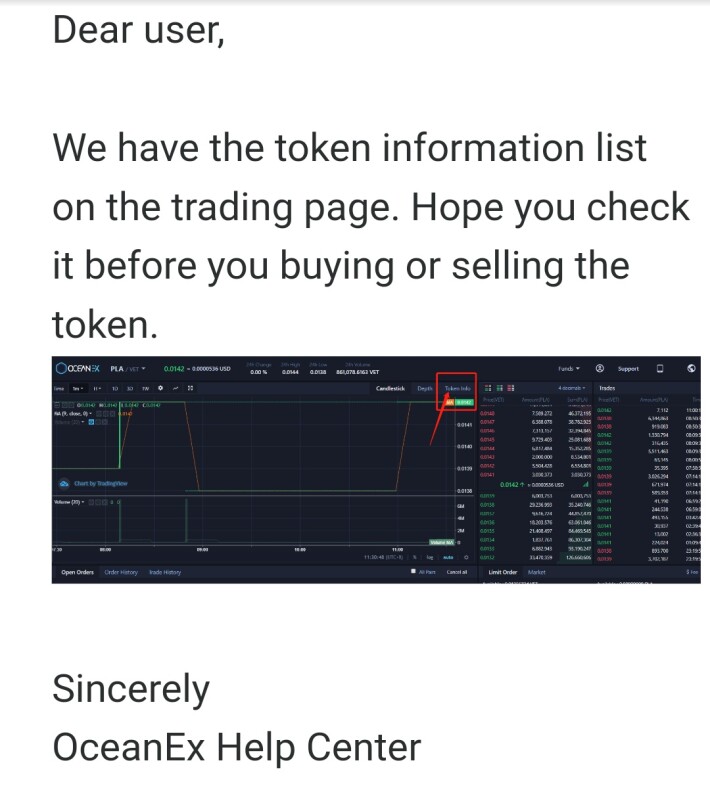 Wow thanks for the reply OceanEx.

Why don't they keep the name up next to the ticker? I use many exchanges, from Binance, Kucoin, Mercatox, Dobi and many others. Normally I can find token information easily and buy accordingly. OceanEx on the other hand keeps that information hidden behind a button.

Shouldn't the actual name be out in the open for people to see? If not, then at least easily available to read in the wallet or on the withdrawl page or somewhere so you can be aware that the coin you just traded for is the coin you wanted?

Apparently the practice of making it easy for the user is just too much to ask from OceanEx.

I had these issues before, but normally they are resolved quickly without much fuss. Dobi exchange addressed a few issues I found while using their exchange and Dobi is far from being in the top ten rank for exchanges, but they actually are very prompt and understanding.

I've had issues with Kucoin and they had no problem helping and actually refunded me once over a coin they sold that wasn't the right coin. This was a swap coin and because they didn't disclose that information, they refunded the purchase. Which is how things should be done. If you're selling a coin that is part of a swap, you should make that clear. While some exchanges are quick to address their faults, others, like OceanEx actually could care less.

Sure, its up to the user to do their own research, but if an exchange isn't forthcoming about a ticker description or the status of a token, then they are responsible for your loss. If I wanted Plai and not Playchip, I wouldn't have bought it.

I don't think I need to do business with any exchange that doesn't provide information openly about a coin. I'm cautious when I'm on any exchange but hiding info from users seems rather unprofessional.

I would recommend staying clear of OceanEx. Its not out to help you, just itself.