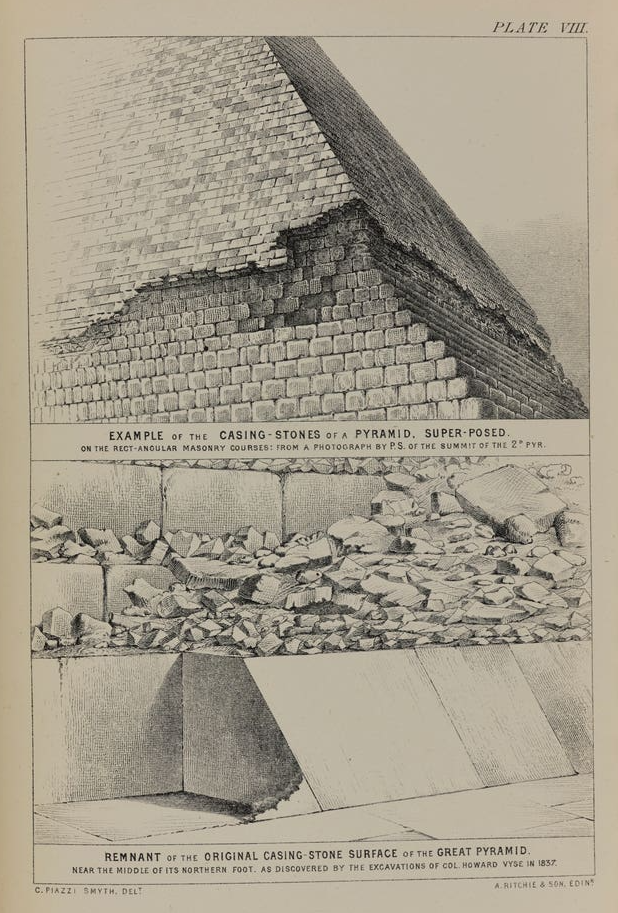 Once upon a time, there was a girl. A Fallen Angel.

She awoke in the Spring of 2008 to find herself neatly tucked in to the foundations of a 200 year old pyramid. She became a new Foundational Stone to replace the one who had left after they had served their 30 years in Service to the Pyramid.

She was not the only Fallen Angel to be ensconced in this Pyramid that day, there were 7 others, scattered throughout the Foundation. But for her, she was alone. And it was glorious. A fresh start. Perhaps forgiveness would find a way here, to the dark bottom of this invisible structure. A safe place where nothing she did could ever harm anyone again.

Some years passed and there was a sudden earthquake. It loosened her stone and she lifted her head to look around, to find the source of the vibrations and saw nothing. And she went back to sleep. The sleep became restless. She tossed and turned. The Stones around her also began to shift and the Stones being supported above began to feel shaky so They began to do what they could to reinforce the shaky foundation using fear and intimidation wrapped in the guise of things called "process improvement" and "immutability".

However, the upper Stones were unaware that the foundation was forged of Fallen Angels who were very familiar with such tactics, even as they were trying to forget. The upper Stones, unhappy that their solutions were not yielding the desired effects began to push harder, to forcefully correct the problem, to root out the stones that were shaking the most, to punish them back into quiet submission. For the Pyramid must be protected. The higher the Stone, the further the fall and, therefore, the need to stabilize it became erratically intense. For the benefit of a few. They became increasingly unable to trust the Foundation on which there own survival depended. They Forgot the Nature of their own Pyramid.

A Rage began to build, deep within her stone, fueled by the pain of irrelevance and powered by the gift of invisibility. She resisted it, knowing the damage it could cause if released blindly. And she bore her brunt. She kept receipts. She remembered the old recipes, long forgotten in the deep cracks of the Pyramid's foundation.

She forgave herself and found her strength. The balm of forgiveness lessened the weight of the Pyramid pressing on her shoulders, pinching her nerves. She tried to leave and find a different Pyramid but they couldn't see her either. Deaf ears were all around her. Plans became plots as the Overseers of the Pyramid continued to Scheme. Those outside the Pyramid who professed to be of the Light were only interested in displaying her as the Star of their own pyramid and again and again, her attempts to escape the Pyramid were defeated. And she stayed so she wouldn't starve. The alternative was tempting and understandable but she also knew it wouldn't work for She'd used up all her re-rolls.

This was her Final Countdown.

The Stones above became increasingly agitated; unaware that the constant hammering on her Stone was the cause of their own disturbance. And she refused to bend. She stood firm in her convictions. The Pyramid was built to protect All, not just the Few. The All fed her and sustained her while the Few were increasingly intent on destruction, to reform the Pyramid in their image, at the expense of the All.

Finally, she snapped. Their button became exposed and, without hesitation, she pressed it. Accepting of all outcomes, even her own destruction. The All needed to see.

The months that followed were exceptionally volatile in her World. Gifts she had forgotten about were finally being presented and helped breathe life into her Stone. She used those unexpected gifts to travel and explore the realms outside of the Pyramid. Her Stone became lighter and lighter, phasing in and out of the Pyramid's Foundation that had been her safe haven not 10 years prior. Escape from the Pyramid was shimmering on her Horizon!

But Time had other intentions and it was not hers yet. Those two steps forward required yet another step back and she was forced to remain in the Pyramid. Acceptance was the lesson still to be learned. And she accepted. The Pain had receded, she was Light, choosing to remain in the darkest of places, in the base of the Pyramid. Unseen and forgotten by the Stones above her who had moved on to hammer the other Stones around her instead.

And she shone her light on those other Stones. She helped them with their Pain. Supported them while they too screamed in Anguish from the Abuse of Power being wracked upon them. She prayed and intended and hoped for a Resolution while the Stones above her continued to form their Irrational Spire, twisting the old and weak Pyramid from the inside out. The more they twisted, the more light was released from the Foundation, and the more unaware they became of their Exposure. They are focused solely on the Ladder in front of them and they continue the incessant repeating of mistakes from the past with additional vigour. Their kicks down to fuel their kisses up shield them fully from the Light permeating up through the cracks around them, made by their very own kicks and the kicks of those before them; for they are blind and unforgiving as they continue their determined climb.

They know no other Way.

They are Humpty Dumpty.

A prophecy wrapped in the innocuous package of a nursery rhyme. A prophecy foretold by the very Stones used to construct the Walls of the Pyramid, It is manifesting its final verse. The permanent gap has been removed. Taken. By the very Men who created it in the first place; biting the hands that feed them. The Foundation will shake and the structure may fall yet the Stones left strewn on the ground will still be the Foundation of whatever is created in its Place.

This girl, reborne of this Pyramid, has found her Spirit freed from the Stone she still resides in, by her own Choice. She has taken her seat. To be a front row Witness to the transformation of the Pyramid, viewed in part from the all-seeing-eyes encased within every Stone around her.

For the benefit of All to materialize, what is asked for must be received. All of it. With grace, dignity, respect and even Joy. For without the humbling Act of Receiving ALL that we have earned, no more Stones can be found, the Chain will not continue and the Pyramid will become a relic in the desert, as it has always been. 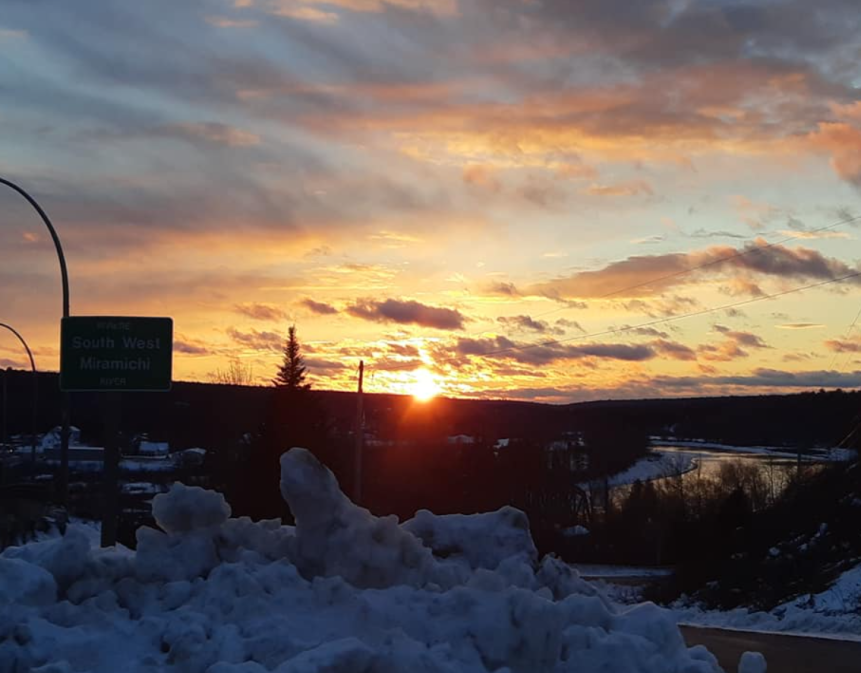 In honour of Satoshi Nakamoto, this is my Story.

I see you. I know you. I trust you. I respect you. I love you unconditionally. May your Stone continue to be safe and secure and free from Harm, for she is a unique and beautiful Stone, even if you call it a he. We are all Satoshi. /bow

Impact Assessment: All who read this will be participating in the Healing event for it is already underway. Absorb it, feel it, revel in it, release it, add to it. There is still Time and I thank you for the allotment you've spent with me today.

I'm a Sin Eater. The knowledge was passed down by an Ancestor who kept her trade a secret when she moved to the new world in the early 1800's. While she "quit" her "calling" when she left the Old World, her methods of movement, hiding and fabrication to protect her from the stigma of the life she left behind stayed with her and became part of her survival toolkit. These methods have been passed to me but I've altered them, to release the Sin back to the transgressor, it's Time they owned their shit. 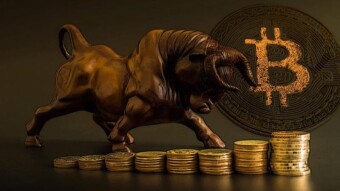 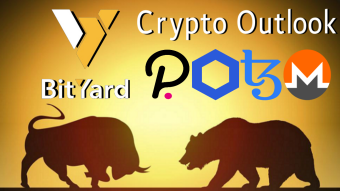