THE IMPORTANCE OF LOOKING AT THE BASICS 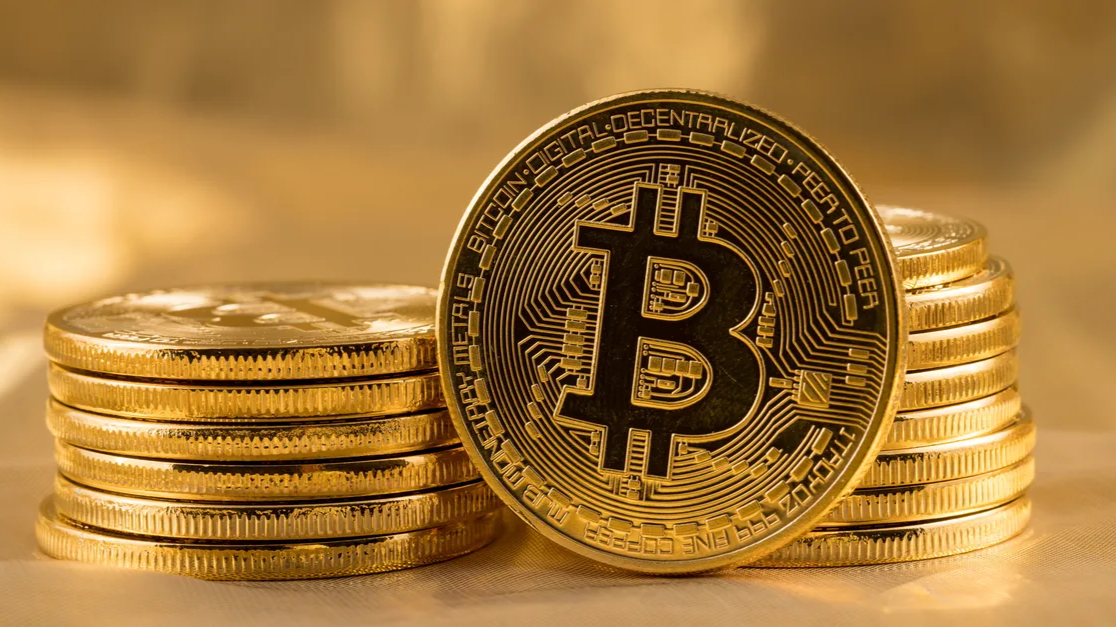 THE IMPORTANCE OF LOOKING AT THE BASICS

With Bitcoin price fluctuations, it is common for new investors to question whether it is really worth investing and believing in Bitcoin, even though it is the most valued asset in the last decade, as you can see below:

THE LARGEST COMPANIES IN THE WORLD VS. BITCOIN: PERFORMANCE IN THE LAST DECADE. IF YOU HAVE INVESTED $ 100 HOW MUCH WOULD YOU HAVE TODAY? 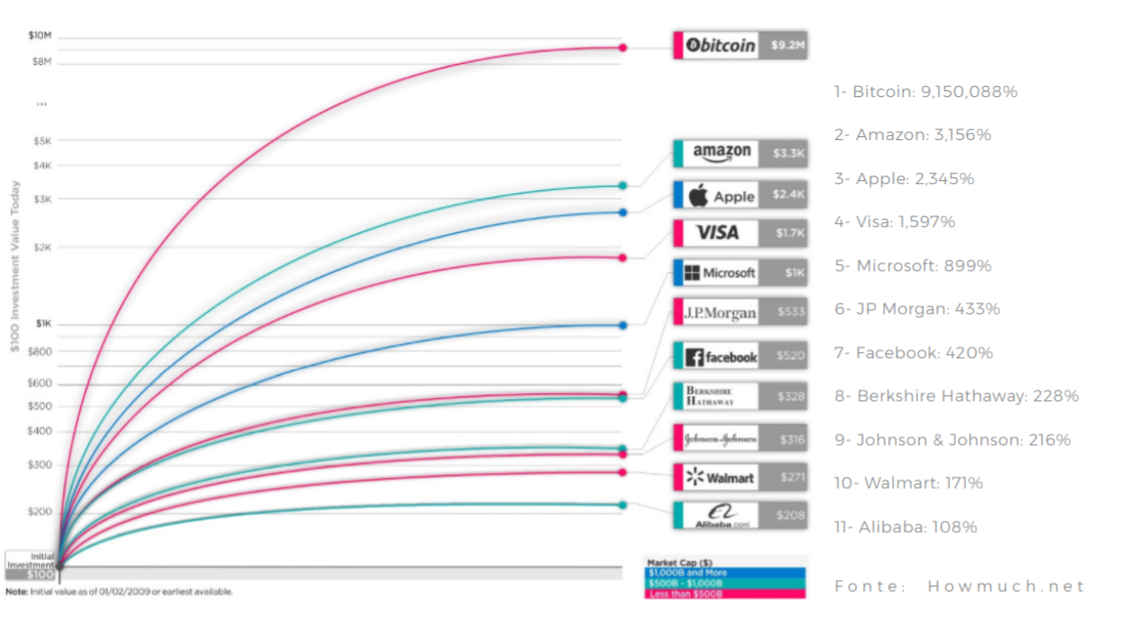 Even with the whole history of Bitcoin, it is always important to seek to know more about its fundamentals, to know how to work with the network and some more particularities, to achieve a better understanding of the whole scenario.

So, let's take a closer look at some on-chain data, in order to understand how the situation and evolution of Bitcoin is today.

The difficulty of mining Bitcoin (BTC) has just reached another record history, increasing more than expected and with estimates of a further rise for the next adjustment.

This is because the level of difficulty was readjusted by + 3.60%, leading to a level of 17.56T. Estimates for the next adjustment are an increase of 3.18% with the level reaching the 18.12T zone.

This level is adjusted every 2016 blocks (approximately 2 weeks) based on a target time of 10 minutes per block.

Bitcoin mining difficulty has increased by 9% since the date of the last halving, on May 11 this year, proving that the chain remains healthy even amid contrary rumours. 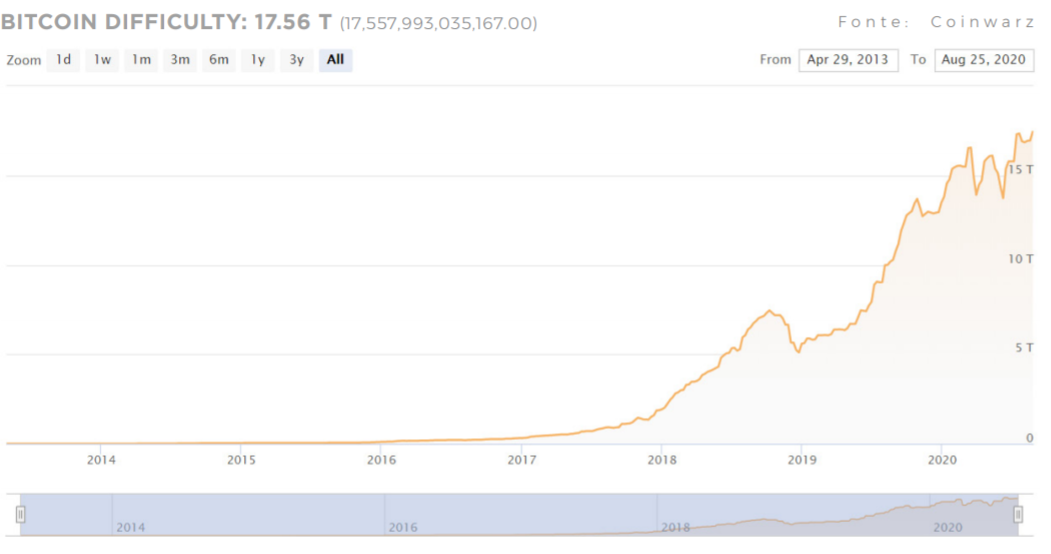 The average increase in Bitcoin mining difficulty over the past 90 days is 15.99%

Meanwhile, the Bitcoin network hashrate, or the computing power dedicated to mining, currently stands at 123.3EH / s, more than 10 times the computational strength of December 2017, showing a strong, healthy network and in a clear trend increase.

This graph shows an estimate of how many hashes per second Bitcoin miners are performing on the network. 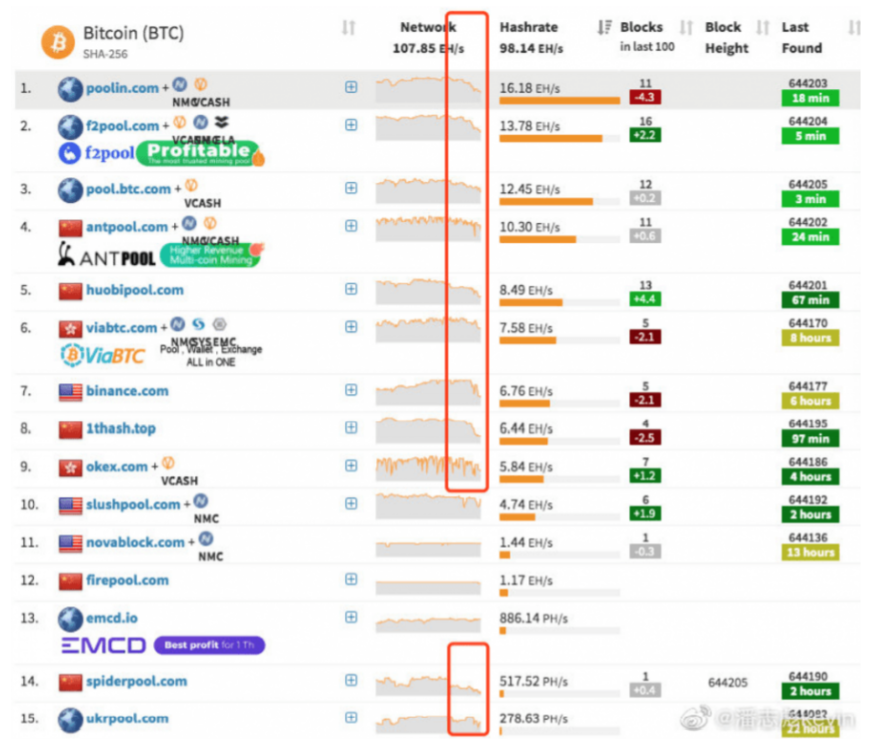 There has recently been a drop in the hash rate, possibly due to the huge floods that were taking place in southwest China's Sichuan province, a region known for its high number of Bitcoin mining farms. For this reason, some pools were forced to close due to the difficulty of accessing the internet and the power cut.

Bitcoin transactions per day registered on the network are at the current level of 334,000. An increase in the occurrence of daily transactions reflects a greater interest or optimism with Bitcoin.

Notice how the number of transactions peaked during the 2017 Bull Run, 490,644 transactions on December 14, 2017. After that they fell and went up again shortly thereafter.

ACTIVE ADDRESSES RECORDED A 40% INCREASE IN 2020

There are currently 1,081 million active addresses. The graph shows the number of addresses that were active on the network, successfully receiving and sending transactions.

We can say that there are more addresses holding Bitcoin than ever before. The number of Bitcoin addresses with more than 1,000 coins has reached about 2,000, which appears to be the highest level, at least since 2015. 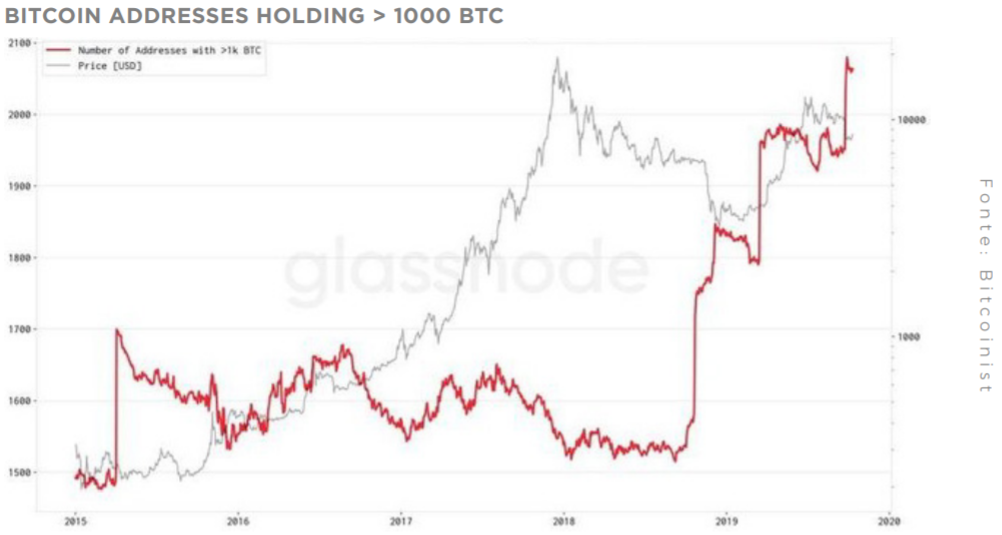 This chart represents the net flows on exchanges, which have been declining since March, indicating that users are withdrawing their valuable Bitcoins to store them in a secure wallet.

BITCOIN: BALANCE ON EXCHANGES - ALL EXCHANGES

The number of Blockchain wallets has grown since the creation of Bitcoin in 2009. In the last twelve months the number of new wallets has surged from 41 million and reached more than 50 million users over 2020.

An increase in portfolio creation is a sign that new users are entering the community. This without counting the users that leave assets in the custody of exchanges or applications like the Square Cash App.

In the past two years there has been a 6.56% increase in the number of running nodes, according to Bitnodes. The nodes communicate with each other through the network's P2P protocol and thus guarantee system integrity.

Full nodes ensure that the rules are always being followed and protect the blockchain against attacks and fraud, such as double spending. A node that tries to defraud the system is quickly discovered and disconnected from the network. 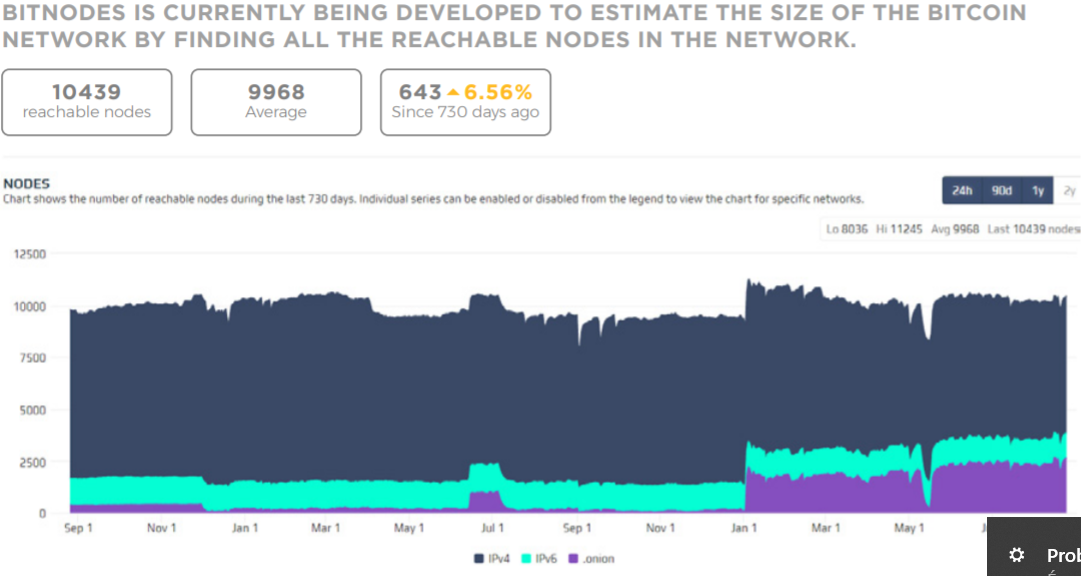 Bitcoin's volatility has been decreasing year after year. Variations abrupt 10%, which made the price a roller coaster, no longer are so common today and this is very important for your consolidation as an economic alternative and a store of value.

This is an indicator that takes into account an assessment of the ecosystem in terms of health, liquidity and the network. For the 13th consecutive week, the indicator shows an improvement in relation to the upward sentiment, despite the fact that the price was unable to exceed and remain above US $ 12,000.00.

As demand for Bitcoin increases due to the factors already discussed, supply is likely to be limited. Only 2.4 million coins have yet to be mined.
A recent analysis by a blockchain analytics company shows that only 19% of the total Bitcoin in circulation is actively traded. More than 60% are maintained for long-term investment and almost 20% can be lost forever.

A Glassnode report confirms this data, showing that more than 60% of available Bitcoin has not been moved in a year, a maximum of 4 years.

However, what we see is adoption and the price rising even in the midst of constant attacks. As seen, on-chain statistics reveal positive sentiment towards Bitcoin and signs of the evolution of the ecosystem and the fundamentals of the network remain stronger and stronger.

Therefore, it is necessary to take care of distractions and noise from short-term price movements, which despite being an important indicator, is only one of the measures of value for an asset and not a way of pricing its future value. . Prices always tend to return to fundamentals.

Finally, check out the Bitcoin Obituaries page, which compiles news that decreed or is related to an alleged end of Bitcoin. Since the beginning of Satoshi Nakamoto's great invention, economists and publications have informed the public that Bitcoin has died a total of 381 times and yet it remains firm and strong. 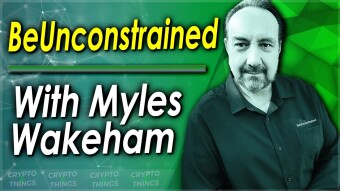 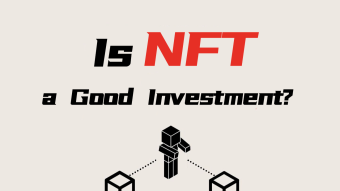 How Can Everyday Investors Profit from NFT? 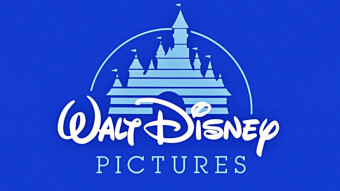