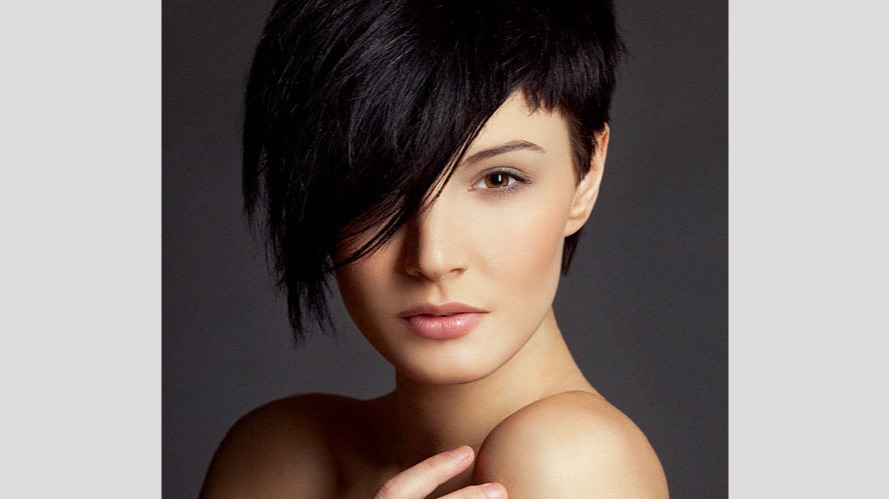 Men closed the balcony door to smoke cigarettes and tell jokes. From time to time, from the balcony, ladies heard roars of laughter and half-drunk screams in pretending voices – “boys”, who knew each other since college times, remembered good old days. Ladies met the loudest screams with a collective eye roll “oh those old boys” stayed in the family room looking through the albums of photos that Alison Shaw – the hostess - pulled off the shelve.

Loraine has seen Cindy many times before, but Alison and her husband Doug moved to the town only recently from another state and it was their first gathering after they had the time to unpack and settle.

A little shy by nature, Loraine was reactive in a conversation, and mostly concentrated on the album that had many photographs from years ago.

What especially triggered her curiosity were several photos of her husband Greg back in the time when he was a really young man. Here and there she saw him posing with Peter and Doug in their dorm, camping in the wild, splashing in the pool and even three of them mooning – the shot that made all three women laugh out loud.

All of a sudden Loraine saw a picture that made her a little sick to her stomach. On the picture, Greg – young, handsome with the long hair and wide tranquil smile was embracing a girl. She stood in gracious coquettish pose half touching if not slightly pushing Greg away with her left hip. Her face had somewhat a mysterious spunky expression, she looks in the camera confidently almost with a challenge.

With her heart speeding up and hands slightly unsteady, Loraine quickly flipped to the next page and carefully looked around to see if the other two ladies noticed anything. Seeing them occupied with something else and relieved, she continued to flip the album, but already without any interest in anything else but the girl, which after getting to the end she didn’t see anymore.

Loraine closed the album and kept it on her lap for a while. She felt a strong desire to look at the photo again and, at the same time, was afraid to do so in the presence of other women. In a first comfortable moment, when both other women turned away, she quickly opened the album, snatched the photo from its plastic wrapper and hid it in her purse.

“Thank you so much, Alison,” she passed her album back, “very, very interesting.”

Shortly after “The Boys” came out from the balcony still carrying the happy expressions of the “good old days” and after coffee, with cognac, it was the time to say good buy.

At home, having undressed and stretched his legs in bed, Greg gave Loraine a quick peck on the cheek, turned away and almost instantly fell asleep. Loraine squinted toward him expecting that maybe he was only pretending, but soon heard the sounds that left no doubts in his intentions.

She felt offended not because she wasn’t tired or really wanted to be close, but because he didn’t even attempt to possess her. She remembered the time when Greg was all over her, and if she would let him have his way one time, the next time he was insatiable.

And, alas, now…what a difference. Not that he treated her badly, but more often than not he did what he did today – turned away and fell asleep. Loraine glanced at the back of his head.

She realized with sadness that the freshness of feeling was long since gone. It’s too bad he didn’t value what he had. She kept her figure for him and she saw the looks other men gave her, even his friends. The only person she couldn’t get this look from was her husband. Not the way he looked at that girl on the photograph.

The next day, locking herself in her powder closet and armed with the magnifying glass Loraine studied the girl attentively in great detail.

Loraine had dirty blond hair and was, actually, pretty proud of it. She kept them straight and healthy, no split ends, over shoulder length. They worked in harmony with her light eyes and a straight nose with a little bump at the end and whole clear and clean image.

This girl seemed to be her complete opposite. She had large dark eyes that looked somewhat arrogant and vain from underneath high and curvy eyebrows. Her nose also had the bump, but it was a bump in the middle. Her lips were shaped almost like Loraine’s, only fuller and what Loraine admitted to herself, sexier. But what gave her face some inexplicable attraction was, without a doubt, her haircut. On the left side of the head, it was very short, almost spiky, while on the right side it flew like a wave, fell down to the cheek and curved toward the neck.

Greg on the photograph certainly emitted that look, the look she wanted from him and which, unfortunately, was directed toward someone else.

Loraine bit her lip to prevent rolling tears. It was so unfair that she, who gave Greg all her life, couldn’t get from him what the other one could, inadvertently, just because she happened to have a fancy haircut. She understood, of course, that it was silly to be jealous of the past, but this thought irritated her like water that soaked through a shoe sole during the rain.

‘Big deal’ she thought, ‘I have great hair, the haircut would look even better on me.’

She scanned the picture into Adobe Photoshop, blew up the image three times and applied a dry brush filter so that, while preserving the general contours of the haircut, specific facial features would become anonymous, like the same thought that came to many minds simultaneously.

She took a quick shower, dressed up to go out, placed the printed out template in her purse and drove toward a salon.

At home, she stood by the door mirror trying to get used to her new look, hesitating to show in front of Greg as if she started crossing a street on the red light, but stopped in her tracks by noticing a rapidly advancing car.

Greg was downstairs in the family room laying on the couch and watching some sporting commentary on TV.

Noticing her entrance, he first scanned her just to acknowledge her identity, but something unusual caught his eye and he looked at her again, this time squinting his eyes and wrinkling his nose as if he just ate a lemon.

"What did you do with yourself?"

“No. I don’t think it suits you, darling. I don’t even like this haircut.”

“Oh yeah, what about here?” she pulled the photograph out of her pocket and stuck it in Greg’s face. “Here you seem to like it.”

“What? Where did you get this photo?” Greg looked confused.

“Never mind where I got the photo.” Loraine stood tall and straight narrowing her eyes, her finger shaking. She really wanted to slap Greg, right in the middle of his face, but she held herself.

“Loraine, please be reasonable. This was a very long time ago. Before I met you. So what? I had a girlfriend. Didn’t you?”

“But I told you everything. And for me, it was all over. You were my only life. And you…you hid it from me.”

“Oh, come on, Loraine, why are you making such a big deal out of it?”

“We agreed to tell each other everything about everyone and you told me I am the best thing that ever happened to you. And this, this…whoever she was…just look the way you are looking at her!”

“She didn’t matter to me. You are the only one that ever mattered.” After a quick pause, he added “and will matter.” He hugged Loraine and held her despite her attempts to free herself. Then, when anger slowly subsided, he sat with her on the couch. Their conversation at that point stopped making sense on paper because it was a repetition of the same thing said many times over and over.

They made love. Loraine lay encircled in Greg’s embrace and slowly moved her finger across his chin. It was nice but not as special as she thought it would be.

Greg laid on his back lazily, once in a while, giving her a peck on a cheek.

‘Silly’ he thought, ‘what did it have to do with the haircut? She was just a good fuck… Good fuck? What am I saying?’ he apologized to an invisible interlocutor, ‘She was an excellent fuck!’