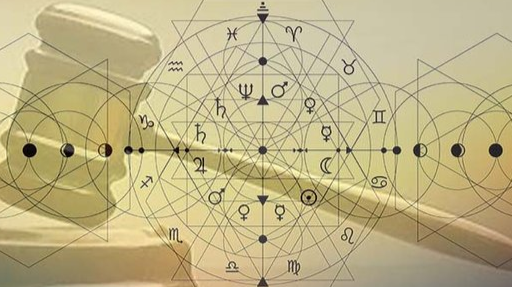 Jeff Warnica, the defense attorney of the Aremus Crud made a couple of steps back and forth, in front of the jury box, rubbing his hands going one more time in his mind over his defense plan.

Of course, Aremus' evil intent was undeniable. He was caught with his "pants down" so to speak while changing his birth month from March to June in the planetary database. Of course, one cannot deny that Aremus break-in plan had some elegance to it. His algorithm of cracking the 2048-bit system encryption was ingenious, but he was caught on simple brain pattern trace. He forgot to assume a different virtual identity before starting to execute the break-in. So again, his innocence was undependable. Yet, Jeff was hoping to soften the hearts of the jury by some very specific circumstances of Aremus' life and the unusual story of his birth. Not to mention that in the end criteria, all the kid wanted was the opportunity to fly the spaceship, not to rob the bank.

"Ladies and Gentlemen, we all know that our educational system is predicated on astrological data. This data determines the natural abilities of a child and allows our educators not to waste a child's time for learning something that he or she has no natural inclination or abilities. If you have a talented musician, there is no need attempting to make him learn Differential Equations or Quantum Mechanics. Our qualified educator-bots concentrate on teaching such child note literacy, develop their dexterity, improve their cultural level by studying the history of arts, literature and, mostly, concentrate on music, music, music. That's what would be the life of a future composer or a Carnegie Hall pianist or a violinist. On the other hand, if what we have is a born computer scientist or an engineer what is the point of teaching them humanities subjects? Their natural talent should be developed in precise sciences like math, physics, logic, spatial imagination, etc."

Jeff made a stop and walked two times in front of the jury box keeping the pause.

"However, ladies and gentlemen, however. Imagine that by, some freak of current," Jeff's lips stretched into a facetious smile," that astrological data… that data that is predicated on the precise place and time, is incorrect. What would happen then?"

"Objection, your honor," the persecutor interjected. "I don't see the relevance to the case. How could the astrological data be incorrect?"

"Your honor please let me continue. The relevance will be obvious in no time." Jeff turned toward the judge.

"Objection overruled, but please make this relevance apparent to the court."

"Of course, your honor. That's what I am planning to do right now. I am calling Mrs. Crud to the witness stand."

Jeff made a couple of steps back and forth again, rubbing his hands, while Mrs. Crud made her way through the courtroom to the stand.

He cast a quick look at the jury one more time before asking Mrs. Crud the first question.

"Mrs. Crud," said the judge, "please put your hand on the Bible and say "I swear to say the truth, all the truth and nothing but the truth so help me God."

"Mrs. Crud, where were you right before the birth of your son?"

"I was flying from Aspera back to Earth."

"So you gave birth while in a spaceship. Is that so?"

"Just for a reference… what were you doing on Aspera?"

"I was working as a linguist and an interpreter from the two of the local languages. But then because of, you know… because of growing unrest on that planet, we were ordered to leave."

"One more question. Was this a natural or artificial insemination?"

"It was a natural…" she wanted to continue but Jeff stopped her with a gesture. "Jury doesn't need to know the details of your private life, Madam. So, when your son was born, you were in a spacecraft. Am I right?"

"Who oversaw the birth? Was there a ship doctor?"

"Well, there was a medical bot. Its database included childbirth protocols. However, not a very thorough."

"Do you imply that there were complications that the bot couldn't handle?"

"There were some complications indeed and after the delivery, I was unconscious and in a serious condition."

"Very well. Tell me was it the medical bot who determined the time and the place of birth, correct?"

"Well, "Missis Crud stopped having obvious difficulties. "that's where things have gotten kind of messy. You see, the birth happened on the spaceship that was moving with a very high speed. So even while the child was extracted the spaceship traveled thousands of miles."

"And yet," Jeff raised his finger in the air, "and yet, the place of birth is indicated in Aremus' birth certificate as Los Angeles, California," he turned to the judge. "Your honors, you have the copy of this certificate in the supplied documents." Jeff again turned to Missis Crud and looked at her inquisitively, "Why is that?"

"Well the spaceship bot could deliver a baby, but it couldn't provide us with the birth certificate."

"That procedure is related to jurisprudence and the medical bot had only medical programming."

"Then why wouldn't the ship captain or any other ship officer do that?"

"Because at that time, the Asperian warship was chasing our vessel and the captain and his crew were on the bridge and their corresponding stations administering the escape. When we finally were out of the danger, the ship endured some structural damage and the crew was occupied in restoring the ship integrity and other important navigational functions. More so, I felt unconscious at the time and obviously not in a condition to insist on the execution of all the proper bureaucratic procedures. Then when we landed in Los Angeles, the baby and I were delivered to Martin Luther King Community Hospital. Only there the hospital staff determined that the child has no birth certificate."

"This one, is this correct?" Jeff lifted the document in his hands, opened it up and showed it to Mrs. Crud.
Mrs. Crud looked at the document and nodded in agreement.

"Wow!" Jeff quickly walked to the jury benches. "Please note dear members of the jury. Martin Luther King Community Hospital is quite a bit away from the obscure section of the cosmos where the actual birth took place! So essentially, Aremus wasn't changing his true birth date to a false one, because the one that was recorded in his birth certificate wasn't correct, to begin with. Thus, we don't even have a clear idea of what is the actual planetary impact on Mr. Crud's abilities. Therefore, it would have been a disaster to seclude him to a life in the ocean."

"Objection," the persecutor interjected again, "that does not excuse the break into the planetary database and manipulating the data there."

"Overruled," the judge wave the objection off like the annoying fly, "he seemed to be genially interested in that paradox of the wrong birth record, "Continue Mr. Warnica."

Jeff gave the judge a charming acknowledgment smile "Thank you, your honor." Having turned to the persecutor, he added, "I hope that now the court sees the relevance of my reasoning."

Then turning to the jury bench Jeff added with another slight smile.

"…and now, ladies and gentlemen of the jury, allow me to present you with another consideration that will exacerbate the difficulties and I would even say absurdity of the situation, in which my client was placed by his unusual birth circumstances."