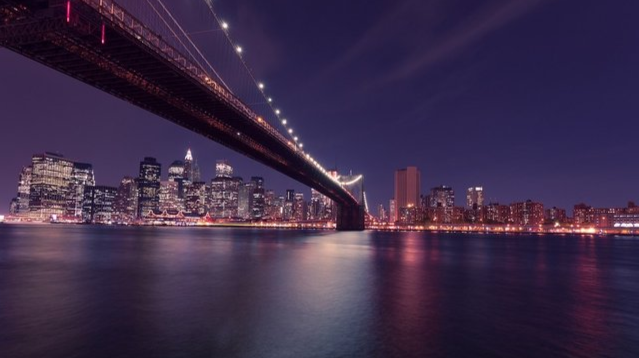 "You wouldn't," said Tom, horrified, taking a step back from her.

“I would trust me,” cackling, Becky held the medallion in her hand pretending to throw it to the water that ran under the bridge below.

“Don’t do this!” Tom’s voice had a note of pleading and even a hint of anguish in it. “It’s no joke, Becky. You don’t understand what it means to me”

“What does it mean to you?” Becky lowered her hand. The playful smile still curving her lips.

“What?” a heavy truck passed by next to them on the bridge, muffling Tom’s words.

“I am still not following. Why do you even need this?”

“It’s kind of complex and hard to explain, and I don’t know if your beautiful blond head should be concerned with that.” Tom touched Becky’s curl, “Just trust me on that.”

“Hm…” Becky frowned, “That’s hardly a compliment. Do you think I am stupid or some’n?”

“Stupid? No, sweetheart. I don’t think you’re stupid in a general sense. But you are, oh, how should one put it? You are light-minded, happy. You aren’t torn with contradictions and hyperreflexia. You are simple and wholesome that’s what I love about you.”
“All of these are excuses. Tell me what this is at once or else I’ll throw it in the water as I promised.”

“Ok, ok. I will try. Just don’t blame me if you’ll feel bored.” Tom’s face became indented with a pensive wrinkle, “you were born here and you suckled your language with the milk of your mother so to speak. Are you with me?” the last sentence he said looking at her wincing.

“By that I mean you get much more than just a way to express your thoughts in the way another person can understand. You get all that is going on and went on in that country throughout its history: its legends, songs, rituals, disaster and victories, quarks and peculiarities, all that I would call cultural references. You got it all without even realizing it without difficulties, without hard work… and in many ways, they define who you are.”

“Ok, suppose so. I don’t see where you’re going with it…”

“Ah, but when you learn another language, you just find a tiny path, another way to communicate your thoughts without acquiring all other richness that goes along with it. And you feel so poor, diminished, robbed.”
Becky now stood facing Tom, slowly nodding to Tom’s explanation but keeping her hands behind with clutched chip in them at her back.

“But little by little, these new cultural references, the references of the country where you currently live, dawned on you, not only adding to those you had in your native tongue, but replacing them and, in a way, replacing who you are used to be with that new you. That happens slowly, almost bypassing your conscious judgment. Until a person becomes a virtual Frankenstein – not having firmly one’s footing on the new shore but losing his footing on the old one.”

At this moment, Tom’s face, sharpened by a concentrated effort of expressing his concern, was as if lightened by a beam of spiritual light. Becky, who unwillingly moved closer and closer to Tom while he delivered his monologue, until she ended up on a distance of a stretched hand, touched his cheek. Tom grabbed her hand kissed it quickly and continued.

“Inside of the medallion that you were trying to throw away there is a chip that allows this process not to happen. It preserves both states of cultural integrity and allows its owner to switch it at will. So I can be who I could be in one culture as long as necessary and then when the need might arise I or if I feel nostalgic, I can instantly switch back and be there as long as I want to. It gives me such freedom.” Tom smiles widely, and this smile now was relaxed and childish, borderline silly.

“So that’s what this is” Becky looked at the medallion giving her curly head a realization node.

“That’s why sometimes I find you completely foreign to me, thinking about God knows what, not able to answer even a simple question, or even ignoring me? I tell you what, my friend” a naughty smile found its way on her face once more. “I don’t want that other culture of yours. Be here, now, with me! All the time with me!”

She stepped away from Tom, turned around, pulled her hand back and threw the medallion in the water. Tom rushed toward the bridge rails, traced the parabolic trajectory of the medallion, and saw a little splash where it entered the water and popped back up, floating on its surface.
Silently, he pulled his body up, mounted the rails keeping his eyes at the floating object.

“What are you crazy?” Becky grabbed him by the short. “It’s more than forty feet down. You’ll kill yourself.”

Tom only smirked, shook his head in disbelief and jumped.