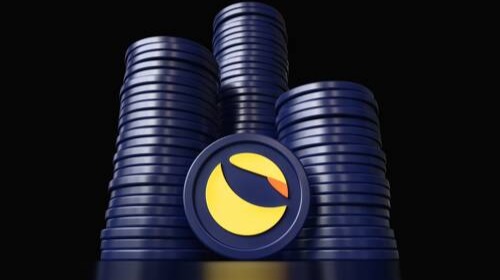 We are all LUNAtics! Seriously, I tried to keep my eyes off the charts for a while. It’s just another day in this space. Time to sound those mental health warnings again. Or maybe it’s time to stay here ‘for the technology’ again. That wasn’t a pun but if it appears that way, then it might just be one. That crash just adds to my long list of crypto crash events. Problem is, I thought crypto has reached to a stage where gross crashes like this can’t happen anymore. I guess I played those ‘impossibility’ cards the wrong time. Well, unfortunately…

Do Kwon once had a $200 million bet on LUNA going below $80. Actually, he is the most popular man in crypto today; for the wrong reasons, but who cares? I do. Meme coins losing 90% of their value in 24hrs is a norm and considered a win for the ‘blue chip’ coins. We are yet to decide whose win it is this time around. Even a $10 billion reserve couldn’t save Mr. Kwon and his team from being on the (very) wrong side of history. Squid game or money heist? Judging from the number of scams associated with ‘squid’ tokens; I’d say it’s more of the former.

Long story cut short; UST is backed, not pegged. Kwon had one job; make this clear. Brilliant idea to back a stable coin with bitcoin. I mean, he saved the space many times and nearly plunged us into another bull run. The bears are powerful, the problem is we underrate them too much. Lesson learnt, $112 to $0.0112; I didn’t border placing an order at any level as this wash might continue. When you get to read this article, Luna might be on its way to tangible recovery, or dead. Whichever, hold tight Lunatics! Or maybe you should send the price towards my order…thanks.

The Luna chronicles probably made you forget that bitcoin easily crashed below $27,000. Remember your favourite influencer who promised you bitcoin will never trade below $30,000 ever again? Well, he is working at MacDonalds now. Or no, being a cryptocurrency influencer is a high paying job and he probably has enough fiat to survive a long bear market. For me, you can kindly send your orders. Only Luna managed to drop more than Fantom in the top 100 rankings. Andre Cronje is Fantom’s Do Kwon. There are thousands of tweets from people mocking LUNA investors; yeah, the ‘Lunatics’. All of a sudden, investing in Luna is a dumb move; it used to be the most brilliant play in this space. Like the XRP army, the Lunatics were a formidable force. LUNAtics still maintain their name, but this time, for a very different reason.

If they are mocked for investing in a project they believed in and getting unfortunate, then we are all LUNATICS!

From its current high of $67,000; bitcoin has tumbled to less than half of this figure. Fantom has lost 90% of its All-time high price while other coins and tokens have followed the same route. They have one thing in common – loyal believers, some who are 100% invested and other who diversified moderately or highly; another thing in common; they all took a dump. We all did, just like LUNAtics.

Despite LUNA having a more drastic crash, the whole crypto market has been an eyesore in the past few months. Even bitcoin investors who bought the orange coin as a hedge against inflation are currently revisiting their life decisions. Microstrategy is deep in the water as bitcoin fell $4,000 below their average. $4000 loss per bitcoin is tangible. Mr.Saylor probably did cash in on those 8,000 bitcoins though.

For believing in the most volatile assets and spending time convincing others to do the same; we are all Lunatics. Anyways, after what happened with Netflix stocks, most cryptocurrencies could be considered ‘mildly volatile’. That doesn’t make us anything less than lunatics anyways.

Strong belief in a concept is what breeds fanatics… and then lunatics. Cryptocurrency projects are overly appealing and extremely convincing. It’s hard not to twist head at a well written project proposal and whitepaper. ‘Ethereum killers’ might be deep into the water right now; but in their days, they presented amazing ideas that built new believers around them. When the heat settles, we might see a few of them rise from their ruins. Taking a leap of faith and investing in the most convincing ideas is what makes a great investor; this could backfire anytime too.

We are witnessing another interesting run of events. A flash crash? I hope not. A long running bear market is a good ingredient for an even stronger bull run. Slow recovery is expected for even the strongest projects. It’s hard predicting the fate of LUNA and the Terra foundation, but if they get things right again, they are not far from achieving a very important feat. Decentralized stable coin backed by bitcoin is still an interesting concept which I’d love to succeed.

Track cryptocurrency prices and manage your assets on CoinLore

Follow up with CRYPTOCURRENCY SCRIPTS to stay refreshed in crypto space with comprehensive articles and important tips.