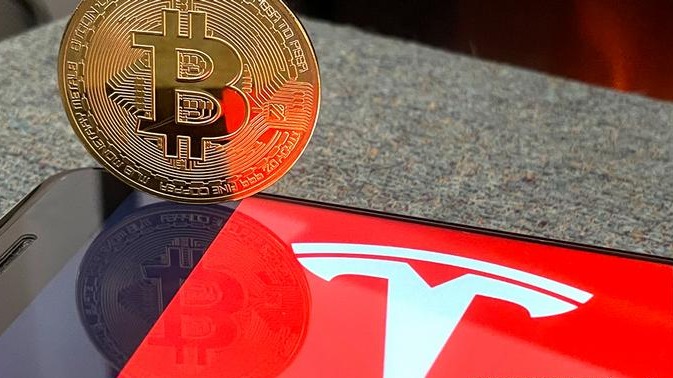 Tesla bought bitcoin; should you? Bitcoin rallied to a new all-time high following the news that futuristic automobile company – Tesla inc. has invested an impressive $1.5billion into the alpha cryptocurrency. Big news! Of course. It is easy to guess why the company has chosen to invest in the popular digital currency; but its surprising that they’d throw in such amount of money into a virtual store of value. Worth over $700billion, the $1.5 billion investment represents a very little percentage of the company’s fortunes. The company has certainly made some good profits off that investment as the value of cryptocurrencies have risen tangibly since its investment.

Jack Dorsey’s Square capital and a number of other institutions lead the way in this act of investing in virtual currencies, but Tesla $1.5 billion investment is completely breathtaking.

Tesla CEO and founder, Elon Musk has been so much involved lately. From a $100 million carbon cycle technology pledge to wrecking shorts and pulling an enormous weight behind his favorite cryptocurrency – DogeCoin. The current world’s richest man and futuristic engineer has been all into the spheres. Being a known critic of bitcoin’s design; Elon Musk and Tesla’s U-turn on bitcoin seems a bit off. But love happens, and I understand. The market unsurprisingly followed Tesla’s foot-steps and this is expected to even continue for a long time. If Tesla bought (such amount of) bitcoin then maybe everyone should do something very similar, huh? Well, that’s a question many would ask in a haste. The price movement that followed the news shows that only few asked such question while the greater majority hit the bitcoin market pairs to add bitcoin to their portfolio or increase their stake in the bitcoin network. If it’s good for Tesla, then it’s good…for them.

Institutions seem to finally believe in bitcoin and believe in the $300,000 predictions. If bitcoin could hit $19,000 in seven years and move from $9,000 to $40,000 withing two months, then there’s still a whole lot to come. Rich firms are aware of this and dropping a couple of millions from their reserves into bitcoin is a no brainer…and around current price is still a fair bargain.

Bitcoin’s dynamics and the buzz around it is set to propel it further, the future looks optimistic despite the current hinges. There are no price regulations, for a very volatile asset like bitcoin, a million dollar value per bitcoin is well within reach. If one bitcoin could worth a million dollar in the future, then about $45,000 for one bitcoin is a very clever investment.

Over 5,000 cryptocurrencies fighting to make a statement in the crypto space, bitcoin unarguably leads this herd and according to many, it is bitcoin or nothing. But even if the most reputable firms are invested in bitcoin, choosing it over other available should be a product of a keen thought and good research.

While bitcoin holds less risk and has shown some good profitability over the past couple of months, certain altcoins have also responded with some mind-blowing gains. In just a year, bitcoin has tumbled about five (5) times to reach its maximum price point over the years. A $100 investment in bitcoin on January 2020 would worth a bit over $500 at the highest price over this time interval. While a good percentage of altcoins can’t boast of a better performance over this time interval; for a very good number of altcoins, a 5x gain is paltry.

Now, that might actually sound very enticing, but it doesn’t come without huge caveats. Loopring (LRC) has tumbled over twenty (20) times to hit a high of over $0.5 from its lowest annual price of about $0.02. Fantom (FTM) has also taken a similar route to peak at over $0.2. Relatively, bitcoin’s 5x gains would look negligible; but, majority of altcoins have recorded worse returns with many plunging to incredible losses.

For an investor who is more concerned about averting grave financial losses, bitcoin is unarguably a safer investment. Bitcoin’s price has shown more inertia than altcoin prices. A 30% daily loss in bitcoin is a rare story. For altcoins however, this is very normal. Investment in bitcoin is unarguably safer and less nerve breaking. Probably why ‘institutions are buying bitcoin’ over altcoins despite the fact that altcoins are obviously more advanced than bitcoin…all round. For an adventurous investor with the risk-taking nerve, for an investor who dares to take the risk and damn any consequences, for an investor who is more concerned about making face melting profits and ready to risk his investments for it, then investing in that altcoin is a better choice to make. Moving from a few cents to a few dollars has been a popular tale of successful altcoin projects. Altcoin prices form the story of volatility in crypto space. More rewards, more risks. Even a well diversified altcoin investor still stands a good chance of losing out. However, when successful, altcoin investments could be life-changing.

They say, ‘Bitcoin bring 5x gains, altcoins bring 100x gains’, but this 100x could also go the other way. Cryptocurrency investment is a risky adventure, but while investing in bitcoin is risky, investing in altcoins is way riskier.

However, investing in any of these should be a research and knowledge driven process. If it’s good for Tesla, then it’s only probably good for you, not absolutely. A good trader and investor decides what’s best to invest in, market dynamics only have little to no influence on their choices.