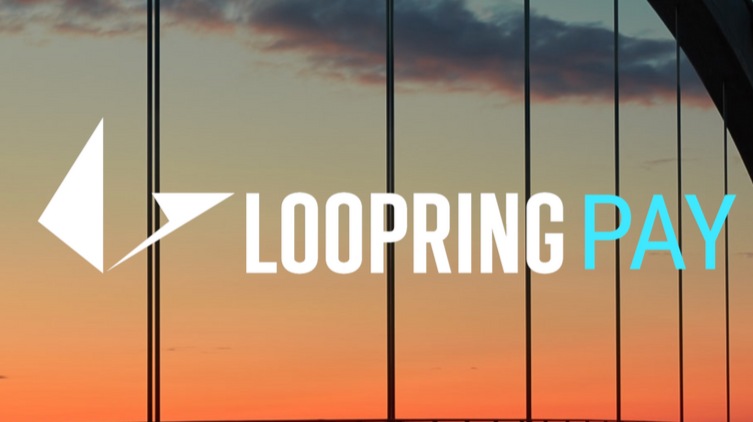 Most top cryptocurrencies have been on greens since the last couple of weeks, but if you’ve been following the charts and taking note of the biggest daily gainers, you must have come across Loopring coin (LRC). You probably didn’t take much note of this, but well, you will…very soon.

Away from the charts and price talks, Loopring coin is not ‘just another cryptocurrency’. It goes beyond the popular reputation of a shinny cryptocurrency project with bogus terms and an infeasible whitepaper with mouth-watering roadmaps which turns out to be mere proposals.

With the size of Ethereum’s archival nodes currently sitting at over four (4) terabytes (4Tb) and the actual blockchain size well over a hundred (100) Gigabytes and each block adding two (2) Megabytes to this already huge figure, the Ethereum blockchain according to many ‘will never scale’ and in 2019, Bloomberg reported the Ethereum blockchain is ‘almost full’. Scalability and memory friendliness are both very appealing features and good ingredients for mainstream adoption.

Ok, that was a whole lot! source

Alright, I get it, the sender (whoever that was) still has over 30,000 ethereum coins in their wallet, but 10, 000 ethereum coins (over $2,000,000) to transfer 0.55 ethereum coins ($135) is very ridiculous! Prior to the gas price hike and this unbelievable transaction, Ethereum’s fee structure has always been a ‘pin in the skin’ for everyone.

For these issues, many will ditch the ethereum blockchain if they had other options despite its many amazing features and capabilities.
Scaling ethereum and making it efficient for building light weight applications have been the focus of many DApps and smart contracts on the blockchain.

POA network is building a sidechain application which hopes to solve Ethereum’s scalability issue and allow organizations and game developers to build their own networks and deploy their DApps in a faster, more scalable and a lower fee network. Many other similar smart contract projects on the ethereum network are focused on solving the three issues plaguing the ethereum blockchain; poor scalability, high transaction fees and low transaction speed.

Singapore-based ethereum smart contract project, Loopring has developed a couple of working solutions to Ethereum’s issues. Loopring’s technology strives to create a platform for building and deploying high efficiency decentralized exchanges on the ethereum blockchain. Using the Zero Knowledge Rollup (ZK-Rollup) protocol, Loopring have been able to provide solutions to Ethereum’s poor scalability and as well, its slow transaction speed.

ZKRollup scales asset transfer transaction on ethereum blockchain by a huge amount without using layer 2 that introduce liveness assumptions; this is done by using ZK-SNARKS to mass validate transactions. Transaction validation is hence simplified and facilitated as a huge number of transactions are validated at once.

Using ZK-Rollup, loopring 3.0 can settle up to 16,000 transactions per second, however, the On-Chain Data Availability (OCDA) construction lowers this to about 2,000 trade transactions per second. Addition of the OCDA construction improves security and guarantees blockchain level security.
By employing the ZKRollup, ZK-SNARKS and the On-chain Data Availability construction, loopring network provides a secure and scalable platform for decentralized exchanges to perform transactions at a faster speed than the ethereum blockchain itself. Thus, solving two issues; scalability and transaction speed.

On June 6th, loopring announced that they had launched the ‘Loopring pay’, a payment protocol which once again utilizes the ZKRollup to facilitate very fast and feeless payments over the blockchain. The ZKRollup once again adds more life to the ethereum blockchain.

In their own words:

we extended the Loopring Protocol and Relayer to support not only zkRollup DEXs, but also payments! And now, we have enabled the functionality on the Loopring.io frontend. So users can send payments to each other instantly and for free. Free means free — no fees and no gas. And of course, it is a zkRollup, so it inherits the complete self-custodial security guarantees of Ethereum.

Currently, Loopring pay enables relatively feeless transfer of funds, from loopring exchange to other ethereum addresses; however, with more developments coming up, loopring will empower low fee payments over the ethereum network. Loopring wallet (in development) will also enable efficient payments using the ‘loopring Pay’ facility. For mainstream use, other wallets and applications will be able to use Loopring protocol or APIs to enable low/no fee payments using ethereum coin or/and ethereum-based tokens.

In its first week of introduction, the loopring pay services have enjoyed huge success, gaining admiration from the cryptocurrency community and powering tons of transaction. With more development coming to the loopring pay, it is only a matter of time before paying huge gas fees for transactions becomes a matter of choice.