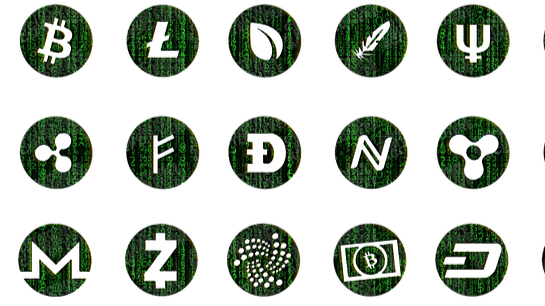 Bitcoin and others, bitcoin maximalists all over have struggled to replace the term ‘cryptocurrency’ with ‘bitcoin’ and not only reign superior but also write the term ‘shitcoin’ boldly to make other cryptocurrency and blockchain projects look inferior. Unfortunately, Bitcoin maximalists might have to look away this time around. Even though they are well aware of this fact, it might still be a pill too hard for them to swallow. Blockchain technology and cryptocurrency are both relatively emerging concepts with only a little percentage of the global population having a knowledge of them and an even lesser population being actively involved. Global adoption becomes the most important target for the both concepts. Blockchain as a technology have gained more mainstream adoption, a couple of reputable firms have adopted the blockchain concepts and have utilized many blockchain solution in running their firms, this so far have yields good results for them. Cryptocurrencies on the other hand have made tangible success and is arguably more popular than blockchain itself, many people know about cryptocurrencies (especially the popular ones) but are yet to understand the technology behind them. To these people, cryptocurrencies are just a store of value…This is where Bitcoin wins.

During the 2017 bull run, bitcoin was the center of attention as investors ran after what they believed will soon be a globally accepted means of payment, sequel to the bull run, bitcoin’s reputation relative to other blockchain projects still lingered as it continued to reign supreme with other projects suffering more from the infamous price crash.

Fast forward to three years later, bitcoin still stays top, but attention to the ‘chief cryptocurrency’ is unarguably on the decrease, as certain ‘shitcoins’ are making the waves, moving the crypto space and dragging bitcoin along. Now, I’m sure you get to hear the term DeFi twice as often as you hear Bitcoin, and even Ether on whose blockchain most DeFi projects run. Thanks to the enticing opportunities DeFi presents, the attention of many mainstream financial institutions is being drawn to the crypto space as DeFi is set to infiltrate mainstream financial procedures. I heard some say “pull down the banks” …but not so soon anyways.

DeFi might have made the most recent noise in the crypto space, but not to forget privacy coins which have raised eyebrows as drew the attention of agencies around the world, including security agencies…lol.

Cardano is developing an advanced blockchain to power decentralized applications built for large-scale use. It hopes to develop a blockchain with the ability to power real world applications built for mainstream use and capable enough to handle the friction from being used by a large population. To achieve this, it is developing a flexible and scalable blockchain with support for smart contracts and allows users build solutions on its blockchain. Moving from the Byron to the Shelley era, cardano is advancing both its blockchain technology and its governance to a more decentralized and social friendly procedure. Alright, I mentioned a few, leaving out tons of others. Countless altcoins are making their way into the mainstream sectors associated with their niche.

These innovative solutions make blockchain technology more of a utility and cryptocurrencies, utility tokens rather than just a store of value. Despite the pronounced irregularities surrounding altcoins, it is unarguable that they are closer to global utility than bitcoin whose blockchain haven’t advanced to tackle emerging issues. Bitcoin blockchain faces scalability and apart from being a store of value; it is almost the most irrelevant cryptocurrency.

The ‘shitcoin’ reputation may linger for much longer but if global adoption continues to be the target, then bitcoin becoming less relevant is just a matter of when, not if.

While bitcoin blockchain’s trailblazing feats are commendable, maximalism of any cryptocurrency project remains an unhealthy practice. At the end of the day, technology wins. Each ‘shitcoin’ which solves a mainstream problem or invents a new way of doing things stands a chance of being the new world technology.