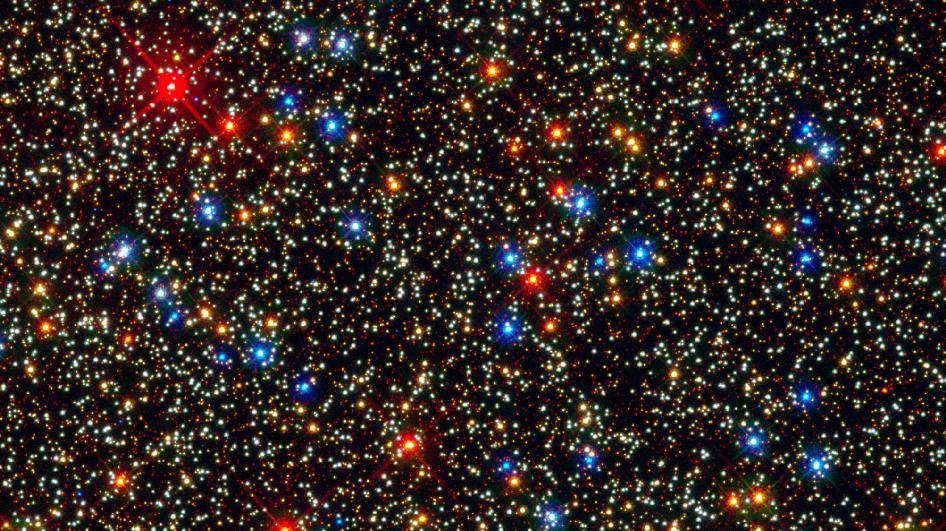 The colors of the Stars.

In a 2016 study, it was assumed that there were about 2,000 billion stars in the observable universe. Stars are classified and distinguished according to certain characteristics such as volume, mass, magnitude, temperature and more. The temperature is strictly connected to the color that can take on various shades: from red to blue. The photo uploaded above, taken by the Hubble Space Telescope, perfectly shows the different colors that these celestial bodies can assume. As we mentioned earlier, we can classify stars based on their surface temperature:

So, why do we see almost all white colored stars in the night sky? It is due to the fact that the human eye is unable to perceive colors when the light is dim. Even if in reality the light of the stars can be very intense, they are still at a very high distance from the Earth: The closest star to us is Proxima Centauri which is 39736 billion km from our solar system!