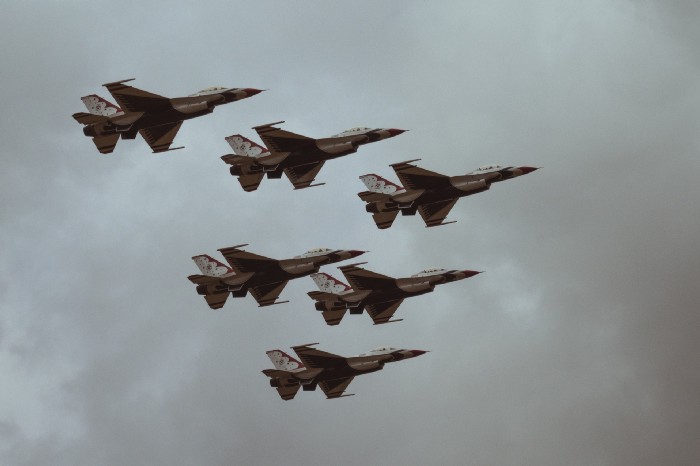 The success of blockchain technology, to a large extent, depends on its adoption. One of the significant hurdles to its adoption was the lengthy and tedious integration process required by new protocols.

Various platforms are developed to help streamline the process of adoption. Platforms such as Aelf sought to make blockchain integration easier, especially in institutions and businesses.

The hard work put in by developers is now paying off as many countries consult on the possibility of adoption. China, known for its strict laws on blockchain, is at the verge of embracing the technology for national security purposes. China’s military could soon be implementing blockchain technology through the BEHM test application built on top of Aelf.

Technology is changing at a fast rate, and countries must keep up or get left behind. Daily, it becomes increasingly clear that blockchain may be an integral part of the future. Many countries are noticing their importance and are slowly but surely embracing it. Blockchain addresses some of the critical issues plaguing countries such as privacy, data safety, and data security.

Research is being carried out by several countries on the viability of the decentralized ledger technology. For example, Kenya, a vibrant developing economy in East Africa, recently identified blockchain as one of the critical technologies that are bound to transform its economy. According to Business Daily, an East African publication, the team behind the research came up with recommendations on how blockchain could change the country; part of the recommendations include how it could be used to fight corruption, one of the major hindrances to Kenya’s economic development. Kenya’s adoption of the tech is still in developmental stages.

Unlike Kenya, countries such as Chile are already implementing blockchain in various sectors of their economy. The first implementation in the country was as a result of the immutability of data recorded on the blockchain. Chile is using the Ethereum platform to track energy data in the country. The move was made to increase the credibility of energy data provided to the public.

The government also implemented the tech to increase accountability in the energy sector. Chile’s initial implementation of the technology was to be analyzed to inform future implementations in other sectors.

It seems as though Chile’s implementation worked in the energy sector as the country announced later in 2018 a blockchain platform to process public payments.

Other countries that have embraced the technology include Singapore, Estonia, and Georgia which have various implementations of the distributed ledger technology.

During the third China Blockchain Application Competition hosted by the Ministry of Industry and Information Technology of the People’s Republic of China and the China Blockchain Technology Industry Development Forum hosted in Hangzhou BEHM won the third prize. The team presented their project dubbed ‘An Open Equipment Collaboration Support Platform for Resource Convergence.’

The project shed light on the changing war tactics in the world. Because of development in technology, warfare is also evolving. Cyberwarfare is increasingly becoming a threat that many nations are not prepared for. With the limitations of centralized platforms, decentralized systems may be the only technology that would last during cyber-attacks. Decentralized systems can remain operational even when a section of their nodes is down.

They may be crucial in safeguarding data in case one section of a government network is breached. Data is a powerful tool, as seen in the Cambridge Analytica scandal where personal data was used to influence democracies.

As highlighted by China in its “National Defense in the New Era,” whitepaper, the world is not yet at peace. The whitepaper explains:

“The world today is undergoing profound changes unseen in a century. As economic globalization, the information society, and cultural diversification develop in an increasingly multi-polar world, peace, development and win-win cooperation remain the irreversible trends of the times. Nonetheless, there are prominent destabilizing factors and uncertainties in international security. The world is not yet a tranquil place.”

If any war were to arise, it will likely be fought in the digital front as the technology already holds many systems in place.

BEHM’s platform offers digitized solutions that will help prepare China for such warfare. Their platform takes care of critical issues that cover both digital and physical combat. These include:

BEHM opens up new ways blockchain can be implemented. Further, they are also proof that the world is ready to accept the technology. With platforms such as Aelf offering flexible blockchain adoption options, we may soon see a plethora of real-world applications of the technology.

Countries such as Chile have led the way in embracing the technology with others like Kenya plotting how they will use the technology.

The future of blockchain is all but confirmed.