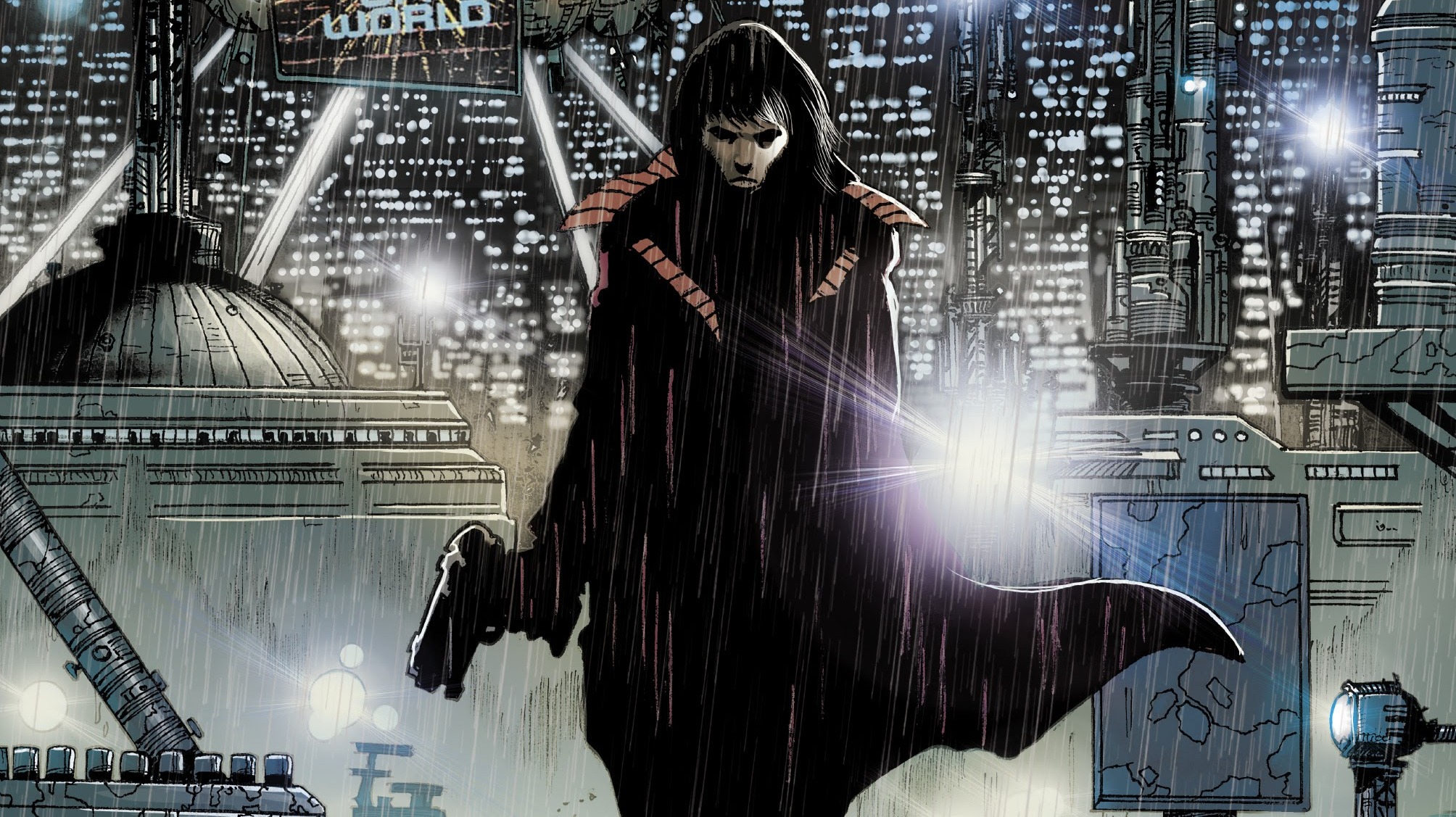 As a thought, given that due to the ineptness and glaringly shameless incompetence of the Turdeau Liberals leading to some serious inflation, a thought regarding Cryptocurrencies came along.

Imagine a coin, let's call it Cryptocopia, or Cornucryptia (an amalgamation of Crypto and Cornucopia) that is effectively a Stablecoin, tied to the Averaged Global Cost of Basic Foodstuffs as a shield vs inflation affecting people's ability to purchase food.
It'd bring some badly-needed stability into the lives of uncountably-many low-wage-earners and their families.

It's just an idea, I am NOT a Cryptoengineer, and must therefore leave it there, but it seems to be a workable idea.
What do you folks think??

First, after dusting off that old file of Cyberpunk-genre works of mine, I found a treasure trove. Meaning that much of the work has already been done, merely needs to be completed and then run through some editing passes. It's an interesting time to live in and write science-fiction, these days. Challenging in trying to look-ahead, but fun as there's so much to draw from.

Now, some people might think I'll be setting it in or taking direct-inspiration off M. Pondsmith's CYBERPUNK: 2077. The answer to those concerns is 'Nope'.
I've spoken about my views about that particular vision of a Cyberpunk universe and it just doesn't fit to what I have inside my head, also I already have a world developed that's vastly more Plausible and layered.
That's not idle boasting, I put a great deal of work into it a few years back, and am damn glad I kept all those old works and the development notes.

CRYPTO....it's going to be a constant theme in these stories. It has to be, every bit as much as money and hard currency is in any decent gangster/mobster work.
It is an integral part of this world we live in and if you jump ahead a few decades it'll be even much more so. It also opens doors to new stories, plots and elements.
It will not merely be blown-off or handwaved aside.
If I did that, I'd feel like I was insulting my audience and every Crypto-blogger here and elsewhere.
I am currently learning about Masternodes and how such fit into the Cryptocurrency technological landscape. Mining is something I keep tabs on, Yield-Farming I still have much to learn about, as well as many other aspects of Cryptotech and Cryptofinance.
As I work on this book, I am learning quite a lot that will benefit me as a writer and personally, so I am enjoying the research.

What to expect?
1; The lead character sure as hell isn't a 'Mary-Sue'. People--everyone--have problems in life, in the darker-future, especially so. The character's backstory is considerably more gritty and frightening to contemplate than that of a junk-picker of some sand-planet.
Her day-to-day life is Interesting, to say the least.

2; I have mentioned in the past that firearms and other technology will be Plausible. NO 'handwavium' nonsense. Yes, flying cars like the 'Spinners' in BLADE RUNNER exist...we're really close to such nowadays in reality, it'd be foolish not to include them, as example.

3; Cybernetic enhancements and augmentations will NOT allow insanely un-realistic 'magical' abilities that step outside Physics. They allow for some amazing things, but all within the envelope of Physics and biology/physiology.
EG; Going and getting Boosted Reflexes involves a LOT more than just cranking up the frequency-pulse rate in the motor-control nerves. Yes I have a medical background and yes I have brains of friends to pick and sounding-board ideas off of...and will use such.

4; Corporations Rule The World? I don't bloody think so. I'll short-form this by saying that governments are ALWAYS very careful and greedy about power and while they might allow Corporations to have a very long leash...leashed they will be.

5; Dystopian planetary environment?
Yes, but I gave some very careful though as to how it happened, why it happened and again stuck with Plausibility. Too many authors and movie-makers just handwave that away, but the audience is always Curious about the details, and people talk...so it's quite easy to have an overheard conversation the main character hears while focusing on something else.

6; I will be including a Glossary/Encyclopedia in this work as then I can keep the story pacing in proper flow and the audience can have all the answers without having to wade through an in-universe explanation for everything. The characters live in that world and don't give even the first thought to assorted points that we today in the audience will be curious about....Encyclopedia preserves that 'feel'.

7; Violence? I would say on a scale it'll be in the mid-range of John Wick universe.
Brutal, fast-paced, realistic-to-a-point, but not psychotic-blasting-full-auto. Full-auto weapons will be sparingly-used and in this universe there's a number of reasons for such and why people overall prefer handguns.
Convenience/Concealability/Cost are three points right off. Style MATTERS in this universe and it's pretty impossible to style-off with a H&K submachinegun under you suit jacket when at a high-end club to engage in some dark dealing for lots of money...and it sends the wrong message which might get you killed.
Also, unless you actually know what you're doing when operating an smg, it's a liability rather than an asset. Handguns are much simpler to use effectively, more concealable and 'acceptable' at such meetings in the shadows.

8; Sex, needless to say it's something that is an absolutely integral and important aspect of the Human experience, and that holds true in this universe also. How 'hardcore'? We'll see how things fit together, but no matter what, it'll be as 'tasteful' as possible while still packing a punch.

9; NOT everything can be done with Crypto in this universe, and I think the work-arounds and alternate methods of transactions add some nice depth for the reader/audience to enjoy.
Sometimes in a high-tech world, you have no choice but to go Primitive.